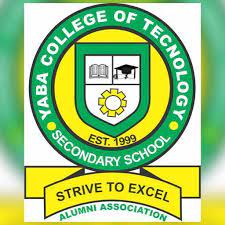 YABATECH N50 Billion Endowment And What the Future Holds

by afrikanwatchngr@gmail.com
By Joe Ejiofor, News/Commentary, September 12, 2022 LAGOS-Yaba College of Technology, the cradle of higher learning in Nigeria, and the Polytechnic of first choice was established in 1947 as an immediate successor to Yaba Higher College. The institution attained autonomous status in 1969 by virtue of Decree 23 which granted it the mandate to provide... Read More

LAGOS-Yaba College of Technology, the cradle of higher learning in Nigeria, and the Polytechnic of first choice was established in 1947 as an immediate successor to Yaba Higher College. The institution attained autonomous status in 1969 by virtue of Decree 23 which granted it the mandate to provide full-time and part-time courses of instruction and training in Applied Science, Management Built Environment and Technology.

The College which has maintained high standard since it was established 75 years ago. These standards are founded on the vision, mission and core values which have become rooted its abiding tradition and culture. Over the years, the College has grown and produced thousands of graduates who are today found in different sectors of the Nigerian and global economy. With a total students population of over 18,000, Yabatech which is arguably the most diversified polytechnic in Nigeria in term culture is structured into 8 Schools and over 65 accredited programmes. Currently it is rated as the best Polytechnic in Nigeria by Webometric ranking for the third year running.

Come September 15, the College will be launching a N50 Billion Naira Endowment Fund. The event will be chaired by Chief Olusegun Obasanjo, GCFR, former President of Nigeria. Why embark on a N50 Billion Endowment Fund Launch?  Some may want to ask. Well, the answer is not far. Over the past years, the Institution has continue to grapple with obvious and peculiar problems such as deficit in infrastructure, obsolete and non-functional equipment in the laboratories, Studies and Workshops, Space Constraint. Increase in the number of academic programmes and rise in students’ population. The Endowment Fund Project is therefore a clarion call on Alumni and friends of the College, Corporate bodies and donor/intervention agencies to come on board the development train of the College and be counted as development partners so that these obvious and peculiar problems are bridged if not completely, but to the barest minimum.

The College has a second campus sitting on a 45 acre of land at Odorangunshin in the suburb of Epe. The land was acquired through the assistance and support of Late Sir Michael Otedola, former executive Governor of Lagos state to solve space constrain affecting the Yaba main campus. The development of Epe campus into a working and functional space is currently ongoing. It presently houses the School of Technical Education, Departments of Agricultural Technology, Leisure and Tourism, Agric and Bio-Environmental Engineering and Marine Engineering.

The idea of an Endowment Fund to better the lot of Yaba College of Technology started in 2018 immediately the current management led by Engr. Obafemi Omokungbe came on board, having observed the poor state of infrastructure partly caused by the dwindling resources from government, and with the approval of Prince Lateef Fagbemi, SAN led governing council, machineries were put in place which led to the constitution of an Endowment Fund Committee mandated to plan the Endowment Fund Launch which today has become a reality.

Aside from the financial donations expected from friends of the College, alumni and donor agencies, the Endowment Fund are expected to also come in form, but not limited to legacy projects that may be named after the donors (if they so desire), scholarship and study fellowship, endowment of academic chairs, donations of teaching aids, books, journals, laboratories and workshop equipment.

For the purpose of transparency and accountability, the Endowment Fund will be managed by a Board of Trustee made up of respected people like Dr. J. K. Naiyeju, who will chair the Board, other members include, Mr. Bola Akingbade, Dr. Emmanuel Ikazoboh, Alhaji Kasimu Garba Kurfi, Prof. (Mrs.) Badejo, and Mrs. Titilola Akinlawon, SAN. These are seasoned and credible Nigerians, who have made great strides in the public and private sector of the Nigerian economy. The mandate of the board of Trustee is to administer the Endowment Fund in perpetuity and ensure a judicious utilization for the benefit of the College and the donors.

Ahead of the Endowment Fund project, the College management held a luncheon for media Heads of some selected print and electronic media organisations in July 26, 2022. The occasion was used to sensitize the media Heads about the Endowment Fund project and to solicit their support as partners for the project. A few weeks after, the Endowment Logo was unveiled in a grandiose atmosphere to the general public by the CEO of SIFAX Group, Dr. Taiwo Afolabi to usher in the lauding of the fund.

The main hope of a nation lies in the proper education of its youths, from the context of this statement, it is apt to conclude that the Yabatech N50 Billion Endowment Fund project is an idea whose time it has come, an investment in the future.