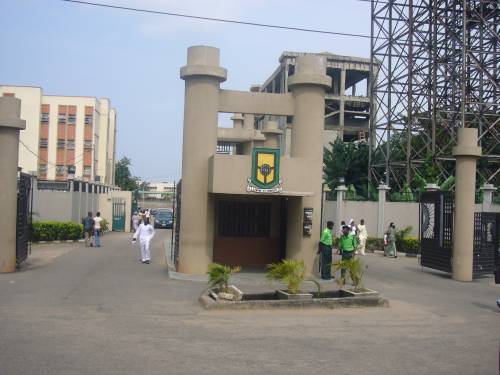 by afrikanwatchngr@gmail.com
By Daniel Njienue, News/education,  October 12, 2019. LAGOS-The Academic Staff Union of Polytechnic, ( ASUP), Yaba College of Technology Chapter, Yaba, Lagos has reiterated its commitment  towards working with the College’s management to advance technology and security strategies.  This was one of the key areas discussed at the Union 2nd International Conference on Science, Technology,... Read More

LAGOS-The Academic Staff Union of Polytechnic, ( ASUP), Yaba College of Technology Chapter, Yaba, Lagos has reiterated its commitment  towards working with the College’s management to advance technology and security strategies.  This was one of the key areas discussed at the Union 2nd International Conference on Science, Technology, engineering, and human, titled, ‘Technological applications and management for global security’.

Speaking at the conference is, Engr. Nureni Yekini, chairman of the Union, who said, that the conference papers presented in the maiden edition are online, while some of the members used the paper for promotion from one cadre to another. “It has also gone a long way to promote visibility of the College globally as searching for information on the internet using any of the keywords of the paper presented at the conference, and that will contribute significantly to Webometric ranking of the College Academic staff”. He noted

Meanwhile, the guest speaker , Prof. Amos Oyesoji Aremu,  of the Department of Guardian and Counseling,  University of Ibadan has expressed deep concern regarding the current security situation in the country, where kidnapping, bombing by Boko haram, banditry, armed robbery and cybercrime is becoming business of the day. The University don, therefore hinted that state police with constant surveillance of the environment by security personnel, will curb the situation. He also advocated for better remuneration of police, insurance cover, provision of sophisticated ammunition, removal of force from the word Nigeria Police Force and completely adopt the American policing system, which will give rise to most of the security challenges in the country.

On his part, the Rector of the College, Engr. Obafemi Omokungbe expressed appreciation to the union and said that the College will always see the need to work with the union for the realization of the College’s objectives and ultimately for national development.

He stated that one major key objectives of the College is to design and apply effective teaching, research and learning techniques for academic excellence. Omokungbe, said that the management is committed to improving capacity development through sponsorship of conference, workshops, seminars and training with the available resources, and stressed that the College has sponsored 331 staff for various training and conferences within a period of two years.  This is in addition to those who have benefited from Tetfund grant. And indeed, the conference is same direction with the institution’s stride to building human capacity and intellectual stimulation.

The Rector stressed further, “Security is a major challenge globally and particularly to our nation. The ideas to be generated from the conference will serve as the contributions of the sector to the national discourse in this respect. The global security issues range from terrorism, drug trafficking, human trafficking, cyber-crimes, kidnapping, environmental degradation etc. Security is a serious issue all over the world. It is my hope that the participants in their discussions will take a hard look at possible solutions for world peace”