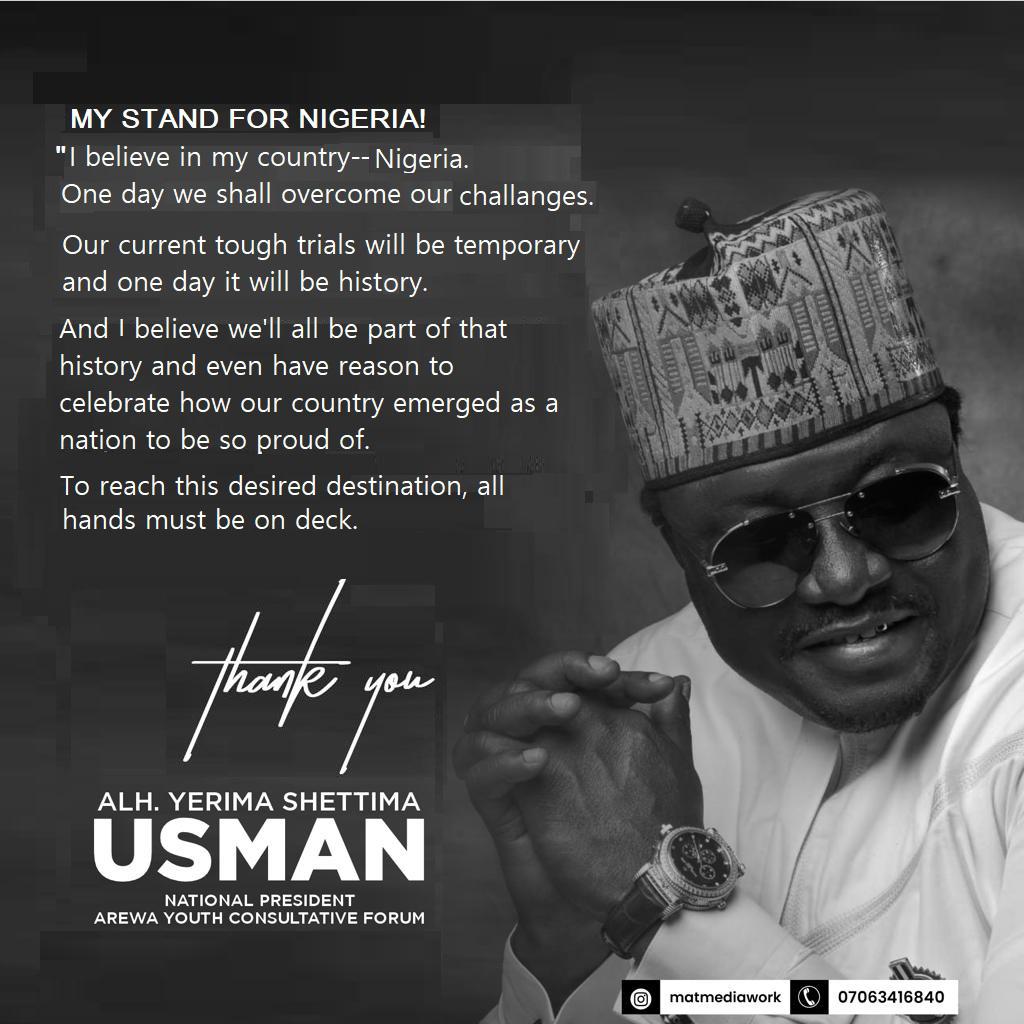 by afrikanwatchngr@gmail.com
By Ifeoma Njoga, -News/Comments, April 11, 2022 The National President, Arewa Youth Consultative Forum ( AYCF), Alhaji Yerima Shettima has reacted to the news making around in the social media over what he described as purported statement credited to him, that  the North will  declare   independence if PDP or APC gives an Igbo man presidential... Read More
65 Orogun youths to be trained on social, digital and print media, December 22-23

The National President, Arewa Youth Consultative Forum ( AYCF), Alhaji Yerima Shettima has reacted to the news making around in the social media over what he described as purported statement credited to him, that  the North will  declare   independence if PDP or APC gives an Igbo man presidential ticket , “Igbo  should never smell Aso Rock”. In a 2-3 minutes video, Shettima regretted why some disgruntle elements and desperate politicians will use his name for mischievous purpose, as he warms that such statement is capable of causing national tension. Answering questions last night in Afrikanwatch Network, Shettima further outrightly denied the statement, stressing however, that he is for equity and justice and will never insult the sensitivity of Easterners

“I know nothing about this statement and am never party to it.  Have always believed in the unity of this country ,I believe we are in a democratic dispensations where the whole processes is about vote and  about popular supports even though minority will always have a say and majority will always have a way and am also aware that we are in a electioneering buildup where people are becoming more desperate especially the politicians  who wants to get power by any means, so for them they can always create unnecessary panics for them to perpetuate their evil intention for power and am not a party to that madness”

“Yes in as much as I have an interest and I know who we will support from Northern part of this county and we are mobilising ,I also know that  it is only given God that gives power not by anybody and if eventually it goes in favor of the south East-am a Nigerian  and I will be very committed to the country and I will stand by the rules ,laws and regulations of this country.  So I have never believed in violence and I will never be one now,  that statement is not coming from me , as a matter of fact my good friends come from the south East and I have a lot of confidence and I can’t imagine looking at their faces and abuse their sensibilities by making such a statement”

Honorary Doctorate Award to Col. Abayomi Dare retd: A life of Selfless service and self-denial
Previous Post
Osinachi’s death: It is Better to live a single and happy life than to merely exist in an abusive relationship-UNILAG Don, Dr.Modebelu