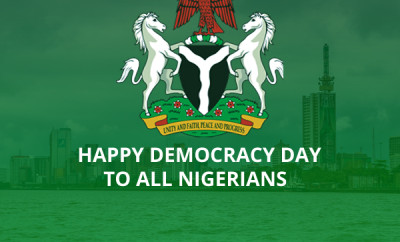 We Weep For Our Democracy- Kokori, Okurounmu, Durojaiye, and Abayomi, “Our Struggle And Hope Look Crushed’, they insist

by afrikanwatchngr@gmail.com
By Mark C. Orgu, Daniel, Njienue and Adewale Ayelade, News/Comments, June 12, 2021 SPECIAL INTERVIEW: Nigeria as a country have gone through series of challenges since the return to democratic rule, hence the situation looks irredeemable but hope can only be lost when we cease to exist as humans. But then, before the return to... Read More

How Internet Providers Get Around War Zones

New Decoration Styles Those Created With 5 Tones of Green

SPECIAL INTERVIEW: Nigeria as a country have gone through series of challenges since the return to democratic rule, hence the situation looks irredeemable but hope can only be lost when we cease to exist as humans. But then, before the return to democratic business, many Nigerians paid the ultimate price in the hands of the military, some were subjected to unjust imprisonment, others were killed while many were arrested, detailed, charged and jailed. Today, June 12, marks another historical journey of a country that swim in poverty and low democratic standard. Initially, May 29, was the official democracy day until President Muhammadu Buhari’s administration after pressure from the Yoruba decided to make June 12, Democracy day, a day in 1993,   a former Military Head of State, Major General Ibrahim Badamasi Babangida annulled one of the fairest, freest and credible election won by the late Chief. MKO Abiola. But some of those who fought the military to a standstill are still alive and are not happy the way the country is going.  Some of them feel so sad and weep for what they almost lost their lives. Among them are, Chief. Frank Kokori, who is at his late 70s, who was a former General Secretary of the Nigerian Union of Petroleum and Natural Gas Workers, NUPENG, Sen. Femi, Okurounmu, An Afenifere elder statesman, Sen. Olabiyi Durojaiye, a very active member of NADECO, who was imprisoned by the late head of State, Gen. San. Abacha, and Dr. Tunji Abayomi, a constitutional lawyer and human rights activist who was also in imprison for same reason. In this interview, they all shared their experiences and categorically noted that democracy in Nigeria has come to stay but all must rise against dictatorship and injustice. 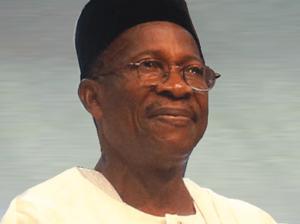 As for democracy in Nigeria, we just wasted our struggle for nothing. The country has not moved progressively as expected democratically. The only freedom we have now is that, you can go to court, if you are arrested-employ the services of a lawyer, and then get bailed. But in our own time, during the military era, you will be clamped down, and imprisoned. I spent four years in prison. The late Gani Fawehinmi will go to court, and nobody will release me. I and many committed activists fought the military underground for ten weeks. All for the liberation of our dear country from misrule. Truly, we struggled for our country and that made Gen. IBB to step aside.

Then, we started again in 1993-1994, the battle line was drawn. When we were arrested, some of us were detained. Like Bola Ahmed Tinubu, Wole Soyinka and others ran abroad. The resistants’ were too much as I used the oil workers to fight’ because when you say you belong to civil society, is either you carry placard or protest. If you are in the media, your weapon is to write.  You can do this in democratic atmosphere but in the military regime, you can’t do that, in fact, you will be trapped upon and those were the things Gen. Abacha was doing happily.

I was involved in most struggles in Africa, like the struggle for South Africa liberation, the Apartheid, the Zimbabwe, Nambian and Mozambique crises of those days.  I was involved in a lot of them, because we were in the Soviet Union and I was trained with others about liberation struggles. I was young as at that time and l came back home to save my country. So, moving forward, we are retrogressing. I have done my beat for my country. I am in my late 70s, so, I have done my struggles for Nigeria as the country refused to pick up.

Nigeria is now one of the most corrupt countries in the world. A country where both the Judiciary and Police are corrupt, then, the country is gone. Those are the two institutions that own a country. Look at what former President Donald Trump wanted to do to America. If not for the strong institutions, the FBI, and others, you cannot manipulate the system, because Trump would have turned America to a banana republic. Here, politicians, Judiciary, Police are all corrupt. Were you not in this country when I was appointed the chairman of the Nigerian Social Insurance Trust Fund (NSITF) two to three years ago, where we have all pensions, all Nigerian workers fund, which has been plundered for years? Stealing all the billions and when the acting president, Prof Yemi Osinbajo then wanted me to go and clean the place, didn’t you see how Dr. Chris Ngige, the Minister of Labour and Productivity and the late Abba Kyari played me out. I have paid my dues for Nigeria.

During the struggle of those days, I had a very strong union and integrity, and nobody could buy me. I was the leader of African oil workers and nobody could kill me because there is a repercussion to that- if the military had tried that. I was a member of the Petroleum committee for the United Nations but I used my position to save my country. Even the NLC betrayed us but, The Nigeria Union of Petroleum and Natural Gas Workers NUPENG and Petroleum and Natural Gas Senior Staff Association of Nigeria, PENGASSAN, civil coalition societies, militant press like Tell, Temple, etc were equal to the task. Some of the journalists were locked up, and some were killed unjustly. Now, President Buhari is surrendered by Cabals, who don’t listen to ordinarily people. So, we are in a serious dilemma. I don’t know how we will get out of it. The only way now lie within the governors and the National Assembly. If the governors of this country combine effort like what they are doing now, with the National Assembly, they can bring sanity to the presidency and the country, but my fear is that, most of them are so corrupt. However, one day, the country will triumph, we should not lose hope .I thought by now, we should have been like Malaysia, Singopore and china.

We cannot pretend to say all is well-Sen. Olabiyi Durojaiye 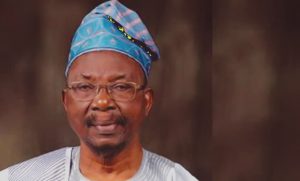 On his part, Senator Durojaiye says, democracy in Nigeria is work in progress but wants the youth to work together with the government for the growth of the nation.  That is exactly what he wants for the glory of Nigeria.

Those who are complaining should know that the greatness of this country lies in our working together as an equal citizens, equal status, and mutual respect.  No country can coexist without these.  Abrahim Lincoln had reminded us that no country can exist as half way, you must have it equal before the law. And the Youth whom seems to tell that their future is mortgaged should be assured of a greater future not just by moving things but by concrete action that their future would be bright. Now, the idea of secession is not the best for this country, it is better we continue to be together as one country. Any National ethnic group shouldn’t be subjected or regarded under another as inferior. And security is an essential ingredients that the government must provide for its citizens and it is when we remain as one great country that we can prosper. Now I have given an example that those nations that are doing great today like USA, the formal USSR, China, India, Canada have large size population with the advantage of manpower development. That is what we need in Nigeria.

Yes, we have not fare well enough, we haven’t recovered yet, it is still work in progress even if it is not a comfortable foundation, deceiving ourselves. When people are too much afraid to go out even during the day not to talk of night, security are not the way it’s used to be. People that have left this country for a very long time, will tell you things are not the way it used to be. We are just deceiving ourselves, we should find solutions to these problems. If we can come together as equal members in the same community, then everyone will be free and secured. 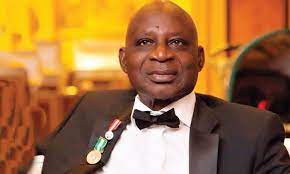 All Nigerians should be bitter as we mark June 12. But there are people who are not bitter, they are part of the oppressors or those who benefits from the oppressors. Yes, some Yorubas leaders went into bad alliance with the north to put us into this mess with so much propaganda, for what Buhari was not or what he is not. They are now ripping what they sow.

Most Nigerians want to talk and talk until they die. We have said it before, that democracy in Nigeria without restructuring remains a deceit. We need to go back to the federal constitution, the type we operated between 1960-1963. But some people in Buhari’s government won’t want that, because of their personal interest. My message for June 12 is that, the battle has not been won. The June 12 struggle has not achieved its goal, so the struggle must continue until the battle is won, where justice and equity is recognized. This will not happen until we have a truly federal constitution, where the various sections of the country is sufficiently autonomous to manage their affairs.

Our hope is not shattered Dr. Tunji Abayomi 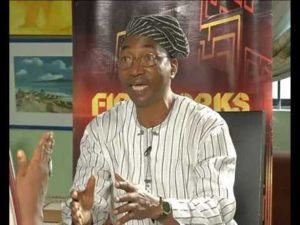 The democracy we have is not entirely tragic … There is a difference between what I would call consequential tragedy of democracy and consequential frustration of democracy… There are frustrations, but no tragedy at such. For one, you cannot compare where we are now with the military where we have no rights at all. Under the military, we were victims. Under this present democracy, we are frustrated citizens. So there is a difference, the problem here is, there is a revolution of rising frustration,  in the sense that our expectations are largely defeated and our faith weakened. But our hope is not shattered. This is the message of June 12.

Now, the  agitation of the Oduduwa Republic and Biafra seem to be  gaining weight but I tell you,  is not going anywhere, it doesn’t make sense for the breakup of Nigeria now. We will gain nothing from Scattering. We only enhance pains of the various factions. Yes, .no deep thinking, no deep thinking. Our diversity is our strength when properly used. Our diversity is greatness when properly tapped… Our diversity is our strength when properly pushed. So what should we do at this stage when the tension is high? These are the things we must have in mind. We have to be preoccupied with the concept of what Nigeria need to be…. And be ready and willing to work for greatness. But it seems that the present administration of President Buhari doesn’t understand this clearly? A lot of his works are not expressed in confidence. The type of confidence that inspires. But the government, particularly Buhari is not without some regards in his perception of Nigeria… And it is fair in my view to judge him squarely like he said.