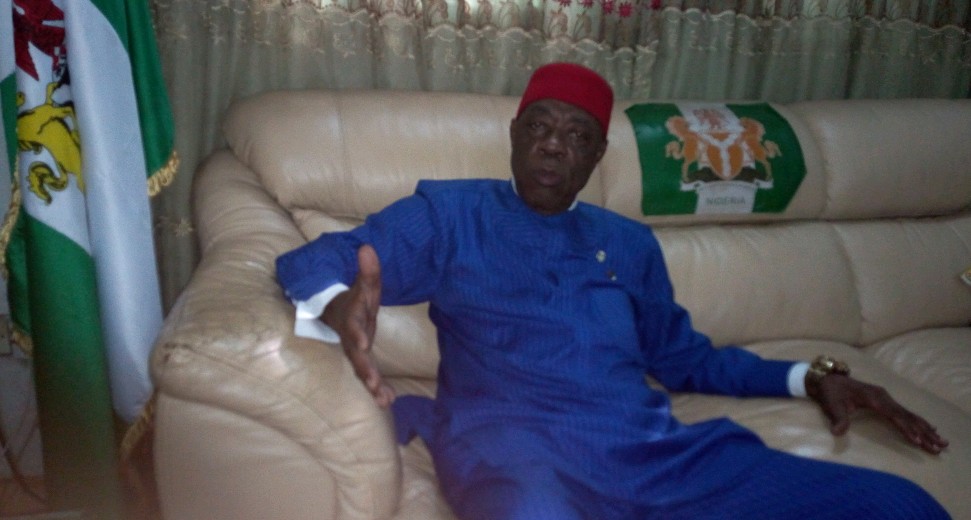 by afrikanwatchngr@gmail.com
By Angel James, News/Comments. July 3, 2020 “It behooves me to state clearly that, any Urhobo indigene, who is not supporting or politically witch-hunting and sponsoring groups to discredit the good deeds of Sen. Ovie Omo-Agege, the Deputy President of the Senate should be considered as an enemy of Progress. And so, it is my... Read More

“It behooves me to state clearly that, any Urhobo indigene, who is not supporting or politically witch-hunting and sponsoring groups to discredit the good deeds of Sen. Ovie Omo-Agege, the Deputy President of the Senate should be considered as an enemy of Progress. And so, it is my candid view that such people should have a change of heart and join the Progressive for the upliftment of Urhobo Nation”.

LAGOS-These are the words of Amb.(Dr) David Oke Eke Solomon, the Director-General, World Peace and Unity Organization, International, and President-General, National Democratic Liberational Task Force, an Organisation  that pursues true democratic process in Nigeria. Meanwhile in a piece titled “ The Urhobo Nation and  Sen.Omo-Agege”, sent to Afrikanwatch Network via email,  the Ambassador stressed why Sen. Omo-Agege’s giant strides will continue to wax stronger as he continues in his political journey. 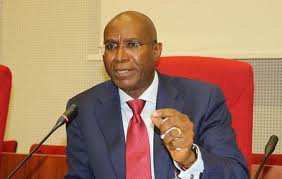 Amb. Solomon who was a Vice Presidential Candidate of the Democratic People’s Party (DPP) in the last Presidential election  noted, that the focused and dedicated lifestyle of Omo-Agege in pursuance of national  transformation cannot be quantified, stressing however  the need for better consolidation from his people. 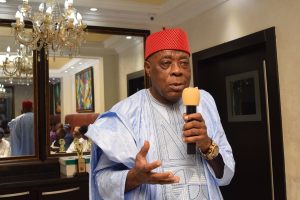 The Ambassador  who wonder why some people will continue to sponsor false claims against one of the most enviable and workable Senators from the Southern part of Nigeria, even to approaching a Court of Competent Jurisdiction for  his possible removal should repent and face the reality of his transformational will-power.

“As a Democrat in Spirit and promoter of progressive governance. I’ve been reading and following events of one of the Nigerian brightest senators, Sen. Ovie Omo-Agege, from Delta State, who has continued to perform well in National assignment. He has won the heart of many. It is of this, l, warmly congratulate him on his recent victory in a Federal High Court, where he defeated again, Enemy of Progress, and their sponsors”

“Ordinarily, they ought to have surrender -a lost battle for long, but resolved to trial in error. I therefore, wish to state clearly that, the Senator should remain focused and committed to serving Nigeria people.

Amb. Solomon, who is also the Managing Director and Chief Executive Officer, Trans-World Group of Companies threw his support behind the Delta born lawmaker, noting further, that Nigeria needs a strong foundation and men of courage like him to lead. “It is my wish, that l support your political movement and continue to follow political events in the country as it unfold”.

Also, commenting on the administration of President Muhammadu Buhari, he noted that, for the country to progress, all must collectively support the President and see that the Country’s challenge as part of life. Reiterating that Nigeria will certainly surmount her problems, while applauding Buhari’s transparency and effort to reposition the lost glory of Nigeria, especially the fight against corruption. “I admonish Nigerians to keyed into the transformational agenda of President Buhari, as he means well for this country, and so, should not be seen as the problem of this country.  We all should rally round him for the growth of this great nation. The idea of disunity and secession should never come to mind by any group”. “On security, we must commend the resilience of our security chiefs in the fight against insurgency, and so, mounting pressure on the President to remove them at this critical time of security challenges is not ideal but the Security strategies should be restructured for better operation” he added.