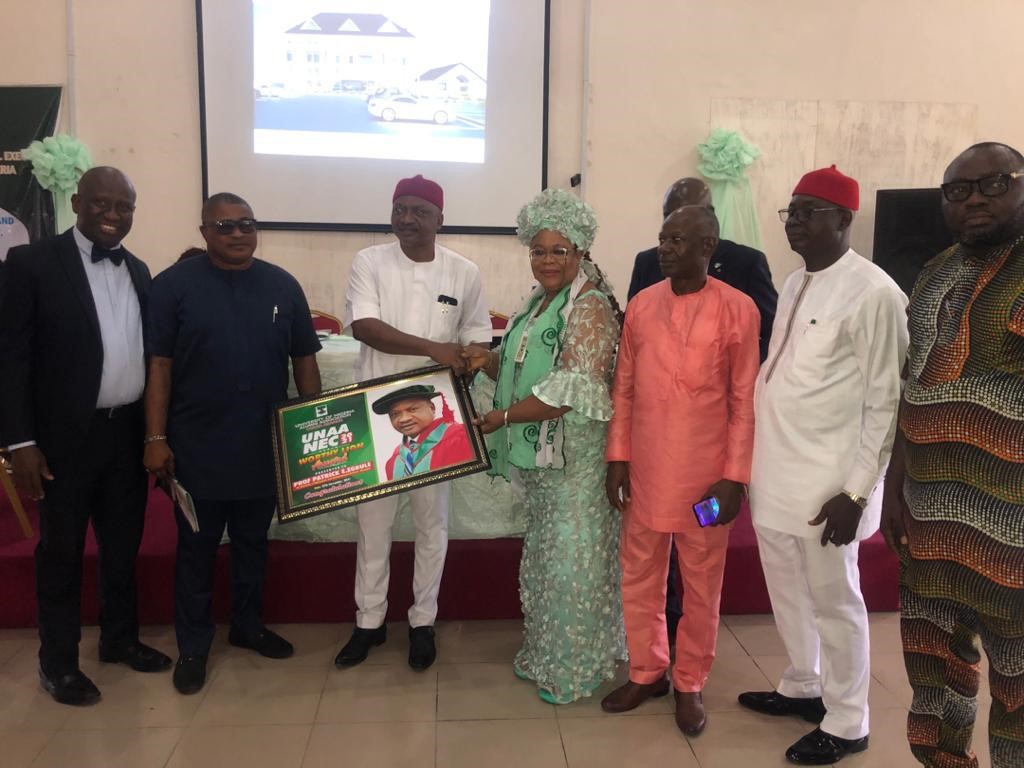 by afrikanwatchngr@gmail.com
-December 12, 2021, News/Comments IMO-Often termed the king of the jungle, throughout history, lions are revered world over and have been admired for their strength, courage and leadership qualities. These iconic creatures thrive globally but prominent in Africa, Europe and Asia with ability to exist in most habitats, even those with harsh environments due to... Read More

IMO-Often termed the king of the jungle, throughout history, lions are revered world over and have been admired for their strength, courage and leadership qualities. These iconic creatures thrive globally but prominent in Africa, Europe and Asia with ability to exist in most habitats, even those with harsh environments due to their resilience and team spirit which symbolize their natural aspiration for success in their endeavors. Their roar over many hills as means of communication for coalition or territorial call. 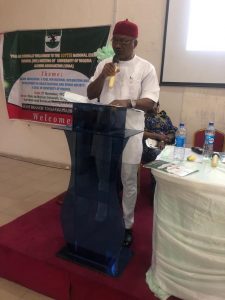 In recognition of these unique qualities, the alumnus of University of Nigeria, Nsukka (UNN) proudly adopted to be referred to as lions and lionesses, in recognition of the outstanding qualities of their alma mater. These virtues were clearly extolled at the just concluded 107th Annual National Executive council meeting of the University of Nigeria Alumni Association (UNAA) hosted by the Oguta Branch of the Association and held at the conference hall of the University of Agriculture and Environmental Sciences (UAES) Umuagwo, Imo State from November 26th to 29th, 2021. The event which was attended by representatives of many chapters of UNN’s alumni from various parts of Nigeria and beyond is iconic and historic being the first National Conference to be hosted at the young University.

At the national conference, held on Saturday, Senator Osita Izunaso, chairman of event noted that UNN is one of the most prominent Universities in Nigeria and most of her alumni continues to excel in all fronts globally. He expressed delight at the appointment of Prof. Egbule, who he has known very well over the years to be the pioneer vice chancellor of UAES and guaranteed that the renowned scholar would deliverer above expectations. He further wished him well in his endeavors. Presenting a proposed UNAA multipurpose Alumni building, National President of UNAA, Sir Ben Okorokwo highlighted that the project was being developed at a site graciously provided by the Vice Chancellor, who is incidentally the first lion to be appointed a VC of UNN. He mentioned that the building which would house the national headquarters and is planned as a multipurpose Iconic monument was kicked off with the foundation stone laying ceremony on 30th November, 2021. He further enjoined all lions wherever they are to identify with the noble cause of having the project completed. 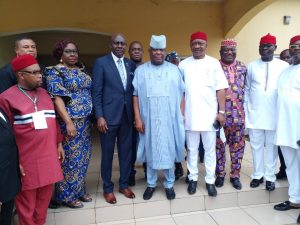 L-R. Senator Osita Izunaso(5th)  and Prof. Patrick Egbule (6th)  were among the six notable Nigerians honoured with awards for their outstanding contributions to the nation and society at the UNAA conference

Speaking on the vital position of alumni associations in national integration and development in a multicultural and ethnic society, Dr. Angela Uwakem, of the Federal Medical Center Owerri provided a short list of notable Nigerians depicting the caliber of outstanding men and women that University of Nigeria Nsukka has produced since it was established in 1960. Among them are Chuinua Achebe, Sam Aluko, Chimammada Adichie, James Ezeilo, Babs Fafunwa, Peter Obi, Ben Nwabueze, Lam Adesina, Olisa Agbakoba, Pat Utomi, Dora Akunyili, Adiele Afigbo, Chris Ngige, Oserheimen Osunbor, Ikenna Nzimiro, Humphrey Nwosu, Emmanuel Iwuanyanwu, Charles Soludo, Celestine Onwuliri, Obong Akpan Isemin, Chris Okotie, Zack Orji and so many more. She therefore submitted that as an alumnus of UNN, there is a desire to excel, a burning zeal to deliver and appetite to contribute to nation building through one’s chosen field of endeavor.

Prof. Patrick Egbule, vice Chancellor of UAES delivered the key note address at the conference. He expressed great delight at the choice of his institution for the historic event. Being the first of sch conferences, it was most gratifying that his fellow lions and lionesses were the first to roar at UAES Umuagwo. Hence it shows solidarity, integrity and commitment to service. He noted that his appointment was divinely ordained and thanked His Excellency, Governor Hope Uzodimma’s administration for finding him worthy to be the first vice chancellor of the 171st university in Nigeria and 49th state owned University in the country after a rigorous interview process by a world renown consulting firm, Deloitte. He stated that the University of Agriculture and Environmental Sciences (UAES) is fully owned by Imo State and that the National Universities Commission (NUC) has approved 31 unique courses and innovative programmes for the university. Finally, he promised deliver and continue to restore the dignity of man which was a virtue instilled on him by UNN.

Earlier, the lions and lionesses on 26th November paid a courtesy call on the Vice Chancellor. The Vice Chancellor’s Conference room, venue of the event was filled with a euphonious song, with which extoled the virtues of their Alma mater to convey a congratulatory message to Prof. Egbule for being appointed the first Vice Chancellor of the UAES. The National President of UNAA, Sir Ben Okoronkwo, noted that the appointment of a lion was a clear indication on how highly regarded the products of UNN are in the academic, social, political, business and other sectors of the global economy. He invited the vice chancellor to also tap into the resource base of UNAA for the best brains in his quest to develop UAES to a world-class university. In his response, Prof. Egbule first appreciated the state government led by His Excellency Senator Hope Uzodimma, who specially sought the best and a lion to run the University. He thanked his fellow alumni and promised to keep faith with the confidence bestowed on him by Imo state. He noted also that the institution would operate like a research, empowerment and entrepreneurial environment and that there are many ventures open for public private partnership at the school. These include poultry, cassava plantations, oil palm plantation, special high-fiber/ low-carbohydrate garri processing factory, fishery, piggery, cattle ranch, packaged water and others. The registrar of UAES, Prince Eddy Njemanze informed the visitors that the school is already admitting students for the academic year and the cut of mark is reduced to encourage more students to aspire for agriculture infused business, technology and vocational education at the new university.

The Director of works, Engr. Chiedu Nnodi led the alumni on a brief facility tour of the university. He showed them some of the facilities under renovation, including entrance gate remodeling, administrative block landscaping and hostels. At the hostels, the team were informed that the hostels which were in apartment form had attracted so much interest of many students and parents who have visited the school to process their admission. With the design of the hostels, many have indicated their desire to be accommodated within the school hostels, instead of living off campus. Each room already has properly tilled private toilets, bathrooms, kitchenettes, reading area and bed spaces. In addition to the facilities inside, each row of 15 rooms had two common rooms for visitors, entertainment and relaxation. These common rooms would be outsourced and still have standard operating procedures.

Senator Osita Izunaso and Prof. Patrick Egbule were among the six notable Nigerians honoured with awards for their outstanding contributions to the nation and society at the UNAA conference.