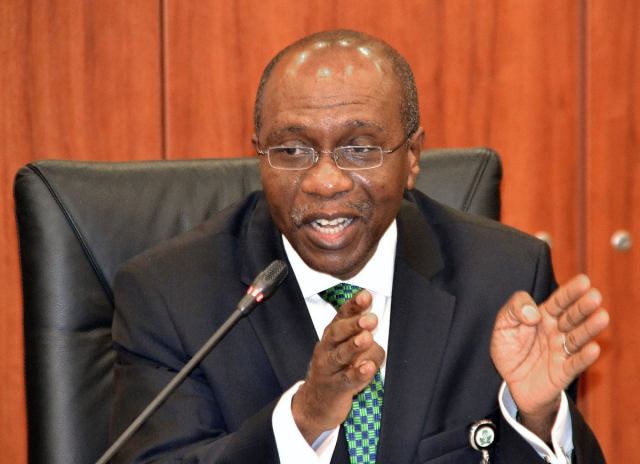 “The CBN will promote the establishment of InfraCo PLC, a world class infrastructure development vehicle, wholly focused on Nigeria, with combined debt and equity take-off capital ofN15 trillion, and managed by an independent infrastructure fund manager”


Rather than seek cooperative and global solutions several countries have resorted to. Impose restrictions on export of critical agricultural produce. Vietnam, world largest exporter of rice suspended granting rice export certificates until the country ‘reviews domestic inventories. Russia, world largest wheat exporter, announced a 10-day ban on the export of bulk wheat and rice due to concerns over panic buying in local supermarkets.

Although these developments are troubling, they present clear opportunity to re-echo a persistent message the CBN has been sending for a long time and.at this time, even more urgently so: we must look inwards as a nation and guarantee food security, high quality and affordable healthcare and cutting-edge education for our people.

For a country of over 200 million people …we can no longer ignore repeated warnings about the dangers that lie ahead if we do not begin to depend on what we produce locally, because the security and well-being of our nation is contingent on building a well-diversified and inclusive productive economy. When I became governor of the Central Bank in June 2014, imports of rice, fish, wheat and sugar alone consumed about N1.3 trillion worth of foreign exchange from the Bank.

The immediate question that came to my mind was: can we not grow these ourselves? After all, only a few decades ago, Nigeria was one of the world’s largest producers and exporters of palm oil, cocoa and groundnuts. Today, we import nearly 600,000 metric tonnes of palm oil, while Indonesia and Malaysia, two countries that were far behind us in this crop, now combine to export over 90 percent of global demand. In 2017, Indonesia earned US$12.6 billion from its oil and gas sector but US$18.4 billion in from palm oil.

I believe that this pandemic and the immediate response of many of our trading partners suggest it is now more critical than ever that we take back control, not just control over our economy, but also of our destiny and our future. In line with the vision of President Muhammadu Buhari, the CBN has indeed created several lending programmes and provided hundreds of billions to smallholder farmers and industrial processors in several key agricultural produce. These policies are aimed at positioning Nigeria to become a self-sufficient food producer, creating millions of jobs, supplying key markets across the country and dampening the effects of exchange rate movements on local prices.

This philosophy has been a consistent theme of the CBN’s policies over the last couple of years. At the 2016 Annual Bankers’ Dinner, I challenged the bankers that we needed to take decisive actions to fundamentally transform the structure of our economy. Throughout that speech, I talked about the damaging effects of Nigeria’s unsustainable propensity to import, and opined that it was high time we looked inwards and stopped using hard-earned foreign exchange (FX) to import items that we could produce locally. This determination, therefore, formed the bedrock of the Bank’s policy, which restricts access to FX for importers of many items. These sentiments were re-echoed at the 2017 edition of the same Bankers’ Dinner, with specific examples of several companies that have benefited significantly from this policy of self-sufficiency. With President Buhari’s full support, we have continued to refine this policy to ensure that the best interest of Nigeria is served.

Many times, the Bank has been accused of promoting protectionist policies. My answer has always been that leaders are first and foremost accountable to their own citizens. And if the vagaries of international trade threaten their well-being, leaders have to react by compelling some change in patterns of trade to the greater good of their citizens. That is why in response to COVID-19, we are strengthening the Nigerian economy by providing a combined stimulus package of about N3.5 trillion in targeted measures to households, businesses, manufacturers and healthcare providers. These measures are deliberately designed to both support the Federal Government’s immediate fight against COVID-19, but also to build a more resilient, more self-reliant Nigerian economy.

We do not know what the world will look like after this pandemic. Countries may continue to look inwards and globalization as we know it today may be dead for a generation. Therefore, as a nation, we cannot afford to continue relying on the world for our food, education and healthcare. The time has come to fully transform Nigeria into a modern, sophisticated and inclusive economy that is self-sufficient, rewards the hardworking, but protects the poor and vulnerable, and can compete internationally across a range of strategic sectors.

There were many opportunities for the diversification of the economy which influenced many programmes that I introduced in the apex bank.  The various programmes in the agriculture sector were formulated out of his conviction that the nation had the capacity to feed herself and even export agricultural produce-The huge losses in various sectors of global economy.

The CBN will promote the establishment of InfraCo PLC, a world class infrastructure development vehicle, wholly focused on Nigeria, with combined debt and equity take-off capital ofN15 trillion, and managed by an independent infrastructure fund manager. This fund will be utilized to support the Federal Government in building the transport infrastructure required to move agriculture products to processors, raw materials to factories, and finished goods to markets, as envisaged at the CBN Going for Growth Roundtable in March 2020.

Mr. Emefiele is the Central Bank of Nigeria Governor, writes from Abuja.