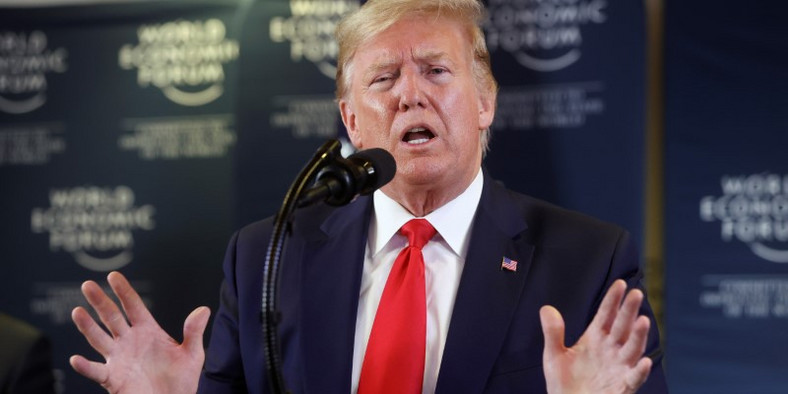 by afrikanwatchngr@gmail.com
By Mark Columbus, News/comments, January 25, 2020. US-Majority of the Republican Senators were angered on a reference to the “head on a pike” threat as said by the democrat impeachment manager, Adam Schiff  on his address, but this phrase has drawn condemnation, and would likely affect democrats chance of impeaching President Trump. Democrats have only... Read More

US-Majority of the Republican Senators were angered on a reference to the “head on a pike” threat as said by the democrat impeachment manager, Adam Schiff  on his address, but this phrase has drawn condemnation, and would likely affect democrats chance of impeaching President Trump. Democrats have only narrate their impeachment points that Trump pressed Ukraine’s president, Volodymyr Zelensky, to investigate former Vice President Joe Biden, as well as a debunked conspiracy theory, promoted by Russia, that Ukraine — not Russia — hacked a Democratic Party server in 2016, that Trump withheld $391 million in military aid to Ukraine and a White House visit for Zelensky amid Ukraine’s active war against Russian aggression, as part of the alleged pressure campaign, Democrats also alleged Trump’s abuse of power and obstructing congress, which for them is an removable offence from office. Meanwhile, twitter has been agog after Schiff address on the ongoing impeachment debate:

“He did a lot of damage to his credibility in insulting the senators,” said Republican Sen. John Cornyn of Texas. “We’re complicit unless we vote for impeachment.” “Implicitly, you only have moral courage if you agree with him,” Republican Sen. Bill Cassidy said of Schiff.

The Louisiana senator’s comments were overheard by Democratic Sen. Elizabeth Warren of Massachusetts, who turned around to stare, her jaw dropping in shock.

Just leaving the chamber, it seemed like Adam Schiff commanded the room, and had senators on both sides of the aisle considering his words… until he read a quote from a CBS. Republicans really reacted negatively to that comment-Lauren Gambino

Republicans are INCENSED about Adam Schiff’s comment about the CBS report that senators had been warned they’d have their “head on a pike” if they convict- Griffin Connolly.

“He lost me there,” Lisa Murkowski said.

That’s not true,” Susan Collins said several times on the floor, shaking her head when Schiff cited a news report saying WH warned senators that a vote against Trump means “your head will be on a pike.” Risch also said aloud: “That’s not true.” Cotton laughed when Schiff said.

Meanwhile, Schiff alluded to this in his closing remarks.
“I don’t know if that’s true, but when I read that I was struck by the irony,” he said. “I hope it’s not true. But I was struck by the irony of the idea that when we’re talking about a president who would make himself a monarch, that whoever it was that said that would use a penalty that was posed by a monarch.”

Outside Senate chambers, the Republican Senator James Lankford told reporters that the president never told Republican senators that their heads would be on a pike if they voted against him (note: CBS News never outright states if the warning came from the president himself).

The Democratic Senator Sherrod Brown thought the reaction from the Republican senators spoke of something else.

“The fact when Adam Schiff said that about the head on a pike, that was the only time I heard a loud audible reaction from the Republican side,” Brown told reporters. “Methinks thou doth protest too much.”

“They’re afraid to do the right thing here,” Brown said.

Give America a fair trial,” impeachment manager Adam Schiff said, wrapping up the Democrats’ opening statements. “She’s worth it.”