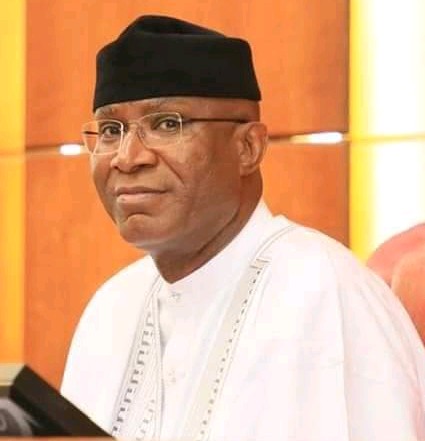 by afrikanwatchngr@gmail.com
“This University ought to have been in existence long ago. It may have come late but now that it is here, it is our duty to construct its existence on the sure foundation of an enabling law with this Bill” -May 10, 2020, news/comments It is with patriotic commitment to the greater good of our... Read More

“This University ought to have been in existence long ago. It may have come late but now that it is here, it is our duty to construct its existence on the sure foundation of an enabling law with this Bill”

It is with patriotic commitment to the greater good of our Nation, that I stand as our peoples’ representative to present this lead debate for the Second Reading of the Bill for an Act to Establish the Federal University of Petroleum Resources (FUPRE), Effurun and for Other Matters Connected Thereto, 2016. As an institution. FUPRE is very dear to our people in Delta State and the entire Niger-Delta Region and I speak for them. FUPRE is a strategic national asset and I speak for this Nation too. 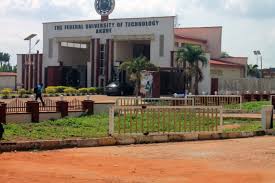 Prior to our return to democratic rule in 1999, the absence of a Federal University in Delta State was a major issue that fuelled serious concerns and determined social agitations. Right or wrong, the perception was widely held that our Federal Government may have wittingly or unwittingly chosen to neglect or under-develop the Niger Delta region. That notion bred serious social instabilities that incessantly threatened our national life. This ugly situation imposed a duty on responsible political leadership in Delta State to rise to the occasion. The negative perceptions were managed through constructive engagements with the then newly elected Federal Government of President Olusegun Obasanjo.

As a statesman, President Obasanjo responded appropriately to these crucial and sensitive engagements. In July 1999, the President issued a Presidential Directive setting up a 12-man Presidential Committee headed by the Executive Secretary of the National Universities Commission (NUC) to ensure the presence of a Federal University in Delta State. The membership of that Committee was drawn from the following Federal Ministries, bodies and institutions: Federal Ministry of Education, Ministry of Petroleum Resources, National Universities Commission (NUC),  Nigerian National Petroleum Corporation (NNPC), University of Benin (UNIBEN), and Petroleum Training Institute (PTI).

After considering all options, the Presidential Committee submitted a Report wherein it recommended the establishment of an independent, specialised, full-fledged University that would focus mainly on the training, development and deployment of world-class human resources and technologies to cater for Nigeria’s huge developmental potentials in the oil and gas industry. This recommendation was wholly accepted by the Federal Government, culminating in the establishment of the Federal University of Petroleum Resources (FUPRE) at Effurun, Delta State. The process to back this decision with an enabling law was to start later.

Take-Off and Stability of FUPRE

Obviously committed to an urgent take-off of the new University, the Federal Ministry of Education, in collaboration with the National Universities Commission, directed that educational and training facilities at the Petroleum Training Institute (PTI) should be used in the interim for academic activities in FUPRE. The University has however since moved to its permanent site along Agbarho Road, off the Effurun-Port Harcourt expressway road. My President, Distinguished Colleagues, FUPRE now occupies a landmass far in excess of the 100 Hecters stipulated by extant law for a new University. Since its opening, the University has produced four sets of graduates in Sciences and two sets in Engineering. It is yet to be fully serviced with adequate social amenities, including power supply and necessary infrastructure.

The University as a Strategic National Asset

Mr. President, Distinguished Colleagues, FUPRE is a unique and strategic national asset though it came about by persistent social agitations for an equitable Federal University presence in Delta State and the recent effusive history of the Niger-Delta. This University ought to have been in existence long ago. It may have come late but now that it is here, it is our duty to construct its existence on the sure foundation of an enabling law with this Bill. Indeed Mr. President and Distinguished Colleagues, it needs to be stated at this point that by the establishment of FUPRE, our Nation only made the same decision that China made about 63 years ago in 1953. China as a nation had the foresight 63 years ago to establish the China University of Petroleum (UPC) in Dongying, “The City of Oil”. Today, UPC is one of the best Universities in the field of petroleum studies. It is designated in China as “a national key University” and an “innovation platform for preponderant discipline.” The UPC occupies a premium place in China’s strategic global thinking. This justifies its sponsorship by China’s four leading petroleum and petrochemical companies (CNPC, SINOPEC, CNOOC, and CHEMCHINA).

Mission of the University

In my engagements with the current leadership of the University a few issues have struck me. Clearly, the ultimate goal of a university is the acquisition, conservation, dissemination and application of knowledge. What distinguishes one university from another is its strategic pursuit of these goals. But of great importance is the articulation of the underlying factors driving the mission and vision of the university. Our national industrial policy has, understandably, identified the oil and gas industry as a key industrial sector that must engage our attention as a nation. The various policy initiatives for the development of the sector have identified the key issue of “local content” in the sector. Local content measures the degree of participation of Nigerians in the oil and gas sector, the degree of local capacity built, the level of engagement of indigenous corporate entities in the core activities in the sector, and the number of Nigerians employed through sub-contracting of jobs and services by Multi-National Corporations (MNCs) to Small and Medium Enterprises (SMEs) in the country.

After over 50 years of oil and gas exploration activities in our Nation, all that we can boast of is, at best, 5% local content. The Federal Government appropriates more than USD8 Billion annually to the sector out of which more than USD7 billion worth of business leaves the country as capital flight every year. Actually the oil and gas industry, though contributing some 70% of the national income and over 90% of the national foreign exchange earnings, it accounts for only about 12% of our Nation’s GDP. The need to establish robust institutions to address the problem of technological capacity build-up was not lost on the Federal Government when it established the Petroleum Technology Development Fund (PTDF) in 1973. In 2000, PTDF became a full-fledged agency with responsibility for the provision of support for the training of graduates, professionals, technicians and craftsmen in the field of engineering, geology, science and management in the petroleum industry. Consequently, PTDF, like other similar agencies, is well-configured to collaborate with FUPRE in our national interest.

The decision of the Federal Government to establish the Federal University of Petroleum Resources (FUPRE) is predicated on the strategic need for a tertiary institution that is specifically dedicated to addressing the challenges of technical human capacity and technological inputs in the petroleum sector. Thus, FUPRE’s mission embodies the following: To create top quality human resource in order to enhance local content in the Oil and Gas and Energy industry of our Nation. To design, develop and deliver cutting edge education and training programmes for professionals in the industry. To engage in research, consultancy and development activities in all technical and managerial aspects of the Oil and Gas sector. To take the leadership role in promoting the economic development of the immediate community and the society at large through specific education, training and outreach activities.

One of the lead debates for a bill towards the establishment of the Federal University of Petroleum Resources, Effurun. Culled by Senator Ovie Omo-Agege that led to the mandate of University