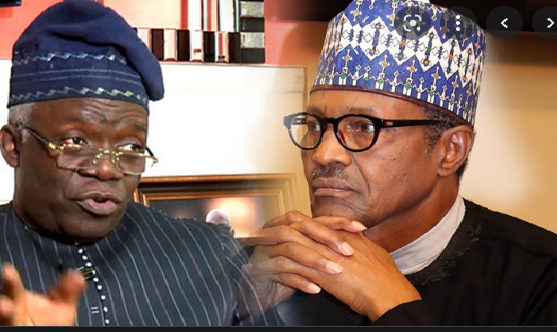 by afrikanwatchngr@gmail.com
By Innocent Okoro, News/Comments, April 16, 2022 LAGOS-Speaking at the first memorial lecture of the late Human Rights Activist, and Secretary of the Afenifere,  Mr. Yinka Odumakin who died on April 15, 2021 due to Covid-19 complications, is a Constitutional Lawyer and Human Rights Activist, Femi Falana, SAN, who eulogized the late Comrade and blasted ... Read More

ADU conference is an annual ritual-Barr. Mmadu, as community resolves to work for more devt

Book: Prof Kanu, and the African Migration and Philosophy

LAGOS-Speaking at the first memorial lecture of the late Human Rights Activist, and Secretary of the Afenifere,  Mr. Yinka Odumakin who died on April 15, 2021 due to Covid-19 complications, is a Constitutional Lawyer and Human Rights Activist, Femi Falana, SAN, who eulogized the late Comrade and blasted  President Muhammadu Buhari led administration for granting  state pardon during the Council of State Meeting at the Presidential Villa on Thursday to those who have looted public treasury to the detriment of suffering Nigerians as he  makes a particular reference to a former Governor of  Taraba State, Rev. Jolly Nyame, who was jailed for corruption purposes after leaving office between 1999-2007. Falana however argued that there is no provision in the 1999 Constitution that depicts higher equality to others but gives all equal right to all prisoners or criminals, who have committed crimes, he therefore asked President Buhari to also release and pardon all prisoners who still serving jail term .  He also spoke on restructuring while urging all to look at decree 24 of  1999 Constitution. 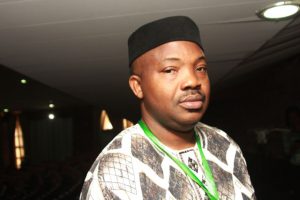 “What the National Assembly has continued to do is to amend illegality. “The so-called 1999 constitution is really decree 24 of 1999. When you see the so-called constitution, you will not the signature of the man who signed the law, that’s the fraud. When you see a law, the name of the person who signed it should be there with the date. Decree 24 of 1999 was promulgated by General Abdulsalam Abubakar on the 5th of May 1999 but today you will not see his name on it. It’s a fraudulent document”

“The decree was imposed on us the last set of military dictators in Nigeria headed by Gen. Abubakar and because that document is okay for members of the ruling class regardless of their political parties, ethic regional or religious inclination, they are all comfortable with the document so they can’t do anything about it including all those we are campaigning today to be President.

“It is to retain the status quo and perhaps adjust it here and there, that is the only thing they are saying, so those who are contesting particularly on the platform of the ruling party are saying we are going to continue the programme of the Buhari administration that has put our country in problem.

“Nigeria has become a huge joke in the committee of nations and so for any set of people to say they want to package his rickety vehicle and begin to panel beat it, it’s not going to move. When they are talking of continuity, it can only be continuity of disaster, injustice and corruption. They are pardoning themselves now, the same man who said he came to fight corruption now grants pardon to a man who has stolen billions of Naira.  My reaction is that all criminals, all thieves and criminals in our prisons should be released.

“Under section 17 of their constitution, it says there shall be an equal right to all citizens and section 42 said there shall be no discrimination on the basis of class, gender, whatever, so you can not take out two people and leave the rest there.

“If the government doesn’t release others, I am going to suggest to lawyers whose clients are likely to be left in prison to go to court and challenge the discriminatory treatment meted out to their own clients. If you want to pardon your friends, you must also extend the presidential pardon to all thieves because if the big thieves are being asked to walk away, we must also extend it to others.If we are changing decrees to actions, the National Assembly have not shown any readiness to review the constitution with a view to restoring the Federal status of the country.”

However, highlights of the one year remembrance  of the Comrade was the launching of his foundation, Yinka Odumakin Foundation, which was held at Sheraton Lagos Hotel, Ikeja, Lagos state