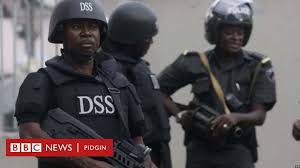 Sowore’s release and the said petition against Justice Taiwo: DSS is sardonic of itself-Ozekhome, SAN

by afrikanwatchngr@gmail.com
‘Why didn’t the same DSS disobey an earlier order made by the same Justice Taiwo himself to keep Sowore in its gulag for 45 days in the first instance?  Oh, I know why: the order favoured the government” By Mark C. Orgu, September 29, 2019, news/comments ABUJA-With the granting of bail to the fury and... Read More

‘Why didn’t the same DSS disobey an earlier order made by the same Justice Taiwo himself to keep Sowore in its gulag for 45 days in the first instance?  Oh, I know why: the order favoured the government”

ABUJA-With the granting of bail to the fury and publisher of Sahara reporters, who was also the presidential candidate of African Action Congrss, (AAC), during the  last 2019 election, Mr. Omoleye Sowore, has continued to draw public sympathy over the refusal of the Department of State Security Service, (DSS) to release him. It could be recalled that Justice Taiwo Taiwo of the federal High Court had granted the accused bail, and directed DSS to release him, but the service seems to be reluctant to adhere to the order. In fact, counter arguments had risen, while DSS is saying, that Sowore’s lawyers have not properly served them the court order. On the other hand, Mr. Femi Falana disagreed with the service, calling them blatant liars.

Meanwhile, responding to the whole drama, is a Senior Advocate of Nigeria and human rights activist, Dr. Mike Ozekhome, who in his short reaction sent to Afrikanwatch via Whatsapp, titled, Did I hear the DSS wants to petition against justice Taiwo Taiwo to the NJC for releasing Sowore on bail?

“To me, it’s extremely silly and idiotic for anyone, least unexpectedly of all, the DSS,to petition against Justice Taiwo Taiwo, before  the National Judicial Council, NJC, for granting bail to Sowore. Why didn’t the same DSS petition against the courageous Judge when he used his same undoubted discretion to order Sowore’s detention for 45 days in the first instance? This government is one given to cheap duplicity, irreconcilable contradictions and barefaced impunity. It dances on governance principles like a yoyo! How can u petition against a Judge for exercising his discretion judicially and judiciously as permitted him by law?

Continuing, Ozekhome noted, that, the Judge was right in his order. Stressing, “Sowore, was not charged with treason which carries the death penalty under sections 37 and 38 of the Criminal Code. He was charged with treasonable felony which is punishable with life imprisonment under sections 40-49 of the same Criminal Code. Even then, while section 161 permits a Judge to grant bail to a person accused of a capital offence in cases if exceptional circumstances ,section 162 allows such bail more easily for felonious but non capital except where certain conditions are shown to exist. None if these extreme circumstances existed to have presented Justice Taiwo from granting Sowore bail”.

“The only option open to the DSS if dissatisfied with Justice Taiwo’s judgement is to first obey the court order and then appeal against it. It has no right or power to choose, whimsically, capriciously and arbitrarily, what order to obey and which to disobey. Why didn’t the same DSS disobey an earlier order made by the same Justice Taiwo himself to keep Sowore in its gulag for 45 days in the first instance?  Oh ,I know why: the order favoured the government.

At that stage, the Judge was incorrutuptible. For God’s sake, can someone please help me nudge this vindictive and intolerant government to the inescable reality that we are operating a constitutional democracy driven by adherence to rule of Law, observance of human rights and obedience to court orders? Can’t this government come to terms that we are not in a military junta,or a totalitarian, absolutist and fascist state? Hello, DSS, please, release Sowore immediately”. he concluded