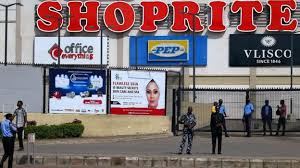 South Africa suspends its Embassy operation in Nigeria, as other African countries protest

by afrikanwatchngr@gmail.com
-September 7, 2019, news/comments, South Africa has temporarily closed its diplomatic missions in Nigeria following reprisal attacks by Nigerians triggered by xenophobic violence in South Africa. Between Sunday and Wednesday, mobs looted and destroyed shops, many of them foreign-owned, in South Africa’s commercial hub, Johannesburg. Nigeria’s government has been outspoken in its condemnation of the... Read More

Nigeria Is A Broken Country-Arcbishop Kukah, Says, Pres. Buhari Is Not Sincere About Boko Haram Sponsors

Between Sunday and Wednesday, mobs looted and destroyed shops, many of them foreign-owned, in South Africa’s commercial hub, Johannesburg. Nigeria’s government has been outspoken in its condemnation of the violence.Police say the unrest has subsided and more than 420 arrests have been made.

South Africa’s Foreign Minister, Naledi Pandor, called the violence an embarrassment for her country.”Our government regrets all violence against foreign-owned stores or Africans from other countries who are resident in South Africa,” she was quoted as saying by national broadcaster SABC. She ordered the closure of the country’s high commission in the Nigerian capital, Abuja, and its mission in Lagos, following threats made to the diplomatic staff.

Videos and images that have been shared on social media purporting to show Nigerians being attacked and killed have inflamed tensions.

On Tuesday and Wednesday, South African-owned businesses were targeted by protesters in several Nigerian cities, and the looters said the attacks were reprisals for the killing of Nigerians in South Africa. South African telecoms giant MTN closed its shops as a precaution. In response to the violence in Johannesburg, two of Nigeria’s top musicians, Burna Boy and Tiwa Savage, announced they were boycotting South Africa.

At least 10 people have been killed in the trouble in South Africa, including two foreign nationals, the South African government says, but none of the victims have been identified as Nigerian. On Wednesday, Nigerian Foreign Minister Geoffrey Onyeama told journalists: “There are a lot of stories going around of Nigerians being killed, jumping off buildings and being burnt. This is not the case.” While the government believes Nigerian businesses have been targeted in South Africa, he added, it has no evidence that Nigerians have died.

Mr Onyeama also urged people to stop attacking South African businesses in Nigeria, saying that President Muhammadu Buhari was “particularly distraught at the acts of vandalism”.Why has the Nigerian government been so outspoken? Despite disputing the accounts of Nigerians dying in South Africa, the Nigerian government has been forceful in its condemnation of events there. On Wednesday, it announced it was boycotting the World Economic Forum on Africa that is currently taking place in Cape Town in protest at the violence. “The government believes that we have to take the moral high ground on this matter,” Mr Onyeama said. The president has also sent an envoy to South Africa to “express Nigeria’s displeasure over the treatment of her citizens”.

Nigerians often criticise the authorities for being slow to respond to domestic crises and the government is keen to be seen to be taking action over attacks in South Africa, said the BBC’s Nigeria correspondent, Mayeni Jones. On Thursday, demonstrators in the Democratic

Republic of Congo’s second city, Lubumbashi, broke the windows of South Africa’s consulate, AFP news agency reports. There was also a small demonstration outside the South African embassy in the capital, Kinshasa.  Air Tanzania, the country’s national carrier, has suspended flights to Johannesburg because of the violence, Transport Minister Isack Kamwelwe said. Madagascar’s football federation has announced that it will not be sending a team to play South Africa in a friendly on Saturday because of security concerns.

The fixture against Madagascar was announced after Zambia pulled out of the match earlier this week over the xenophobic violence. On Wednesday, students in the Zambian capital, Lusaka, forced the closure of several South African-owned shopping malls.

A group also marched on the South African high commission in the city and defaced the sign outside the compound. “We are tired of being beaten every day. We’re all Africa. Why must we be afraid to go to South Africa?… We want the ambassador to address us,” one protester told Reuters news agency. On Tuesday, the African Union (AU) issued a statement condemning the “despicable acts” of violence in South Africa “in the strongest terms”.

The attacks on foreign-owned shops began after South African lorry drivers started a nationwide strike to protest against the employment of foreign drivers. They blocked roads and torched foreign-driven vehicles mainly in the coastal KwaZulu-Natal province.

It comes at a time of high unemployment and some South Africans blame foreigners for taking their jobs. The unemployment rate in South Africa is nearly 28%, the highest since the labour force survey was introduced 11 years ago.

The government minister responsible for small business development told BBC Newsday the rioters “feel there are other Africans coming into the country and they feel these Africans are taking our jobs”.  Lindiwe Zulu said the problems were caused by the movement of people across Africa. “We are facing a challenge that is beyond South Africa as a country. This is an African problem,” she said.  Some foreigners are also accused of being involved in pushing illegal drugs. A taxi driver was allegedly shot dead in Pretoria last week when he confronted foreign nationals thought to be selling drugs to young people, reports South Africa’s News 24.

Palliative measures for elderlies should be a priority- A University don, Obashoro, says, they are still useful
Previous Post
Xenophobic attacks: Most Nigerians in SA are enmeshed in wicked deeds:- Countrymen must restore our dignity- Commentary