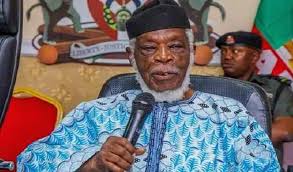 by afrikanwatchngr@gmail.com
By Daniel Njienue, News/Comments, August 1, 2020 Joining other prominent Nigerians to extol the virtues of  Sen. Ayo Fasanmi, Afenifere’s leader,  who died at the age of 94 last week, are Sen. Anthony Adefuye and Sen. Femi Okurounmu. The duo in a telephone interview with Afrikanwatch Network stated that, Pa. Fasanmi was a great leader,... Read More

Technocrats advocate for better working strategies, as DSP, Omo-Agege charges staff to be diligent in duty

Joining other prominent Nigerians to extol the virtues of  Sen. Ayo Fasanmi, Afenifere’s leader,  who died at the age of 94 last week, are Sen. Anthony Adefuye and Sen. Femi Okurounmu. The duo in a telephone interview with Afrikanwatch Network stated that, Pa. Fasanmi was a great leader, who means well for Nigeria and the Yoruba’s race, maintaining that, the Afenifere’s leader, who was a senator in the first republic wanted Nigeria to be great and never supported any form of violence but remained peaceful in all his dealings. For Adefuye,  “The late Sen. Fasanmi was the Afenifere’s leader, a Senator in the first republic. He was a good man, very friendly, and always in the midst of people. He wanted good things for the Yoruba people, a non-violent leader he was. Indeed, the Yorubas will miss him, because he was always interested in the progress of the Yoruba’s race” 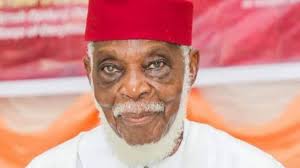 Adefuye, while Condoling with the family stressed that Pa, Fasanmi, at 94, calls for celebration of life, and also prayed that God should bless his soul to rest well.

Sen. Okurounmu:  “Pa. Ayo Fasanmi was a very great man and leader from Yorubaland. He was a strong Awoist, who championed youth development in those days. He was very active in that struggle until the later years that he relaxed. However, he died in his very old age, which is not bad, so, glory to God. Surely, the Yorubas will miss him as a leader, and as someone who loves our interest. I Wish the family well and ask God to keep his children to emulate his virtues”

Pa Fasanmi  was born on 1925 at Iye Ekiti, a local government area of Ekiti State, southwestern Nigeria. He attended St Paul’s primary school, Ebutte Metta and Government School, Ibadan before he proceeded to the Pharmacy School of Yaba where he received a diploma certificate in Pharmacy. He practiced as a pharmacist at Oshogbo briefly before he joined the Nigerian politics.

He joined the Unity Party of Nigeria in 1978 and was a candidate in the Ondo State gubernatorial primary election but lost to Michael Adekunle Ajasin, the former governor of Ondo State. In 1983, he was elected member of the Federal House of Representatives representing Ondo North. He later served as member of the Board of Directors of the Old Western Nigeria Housing Corporation. During the Fourth Nigerian Republic, he served as the National Vice Chairman of the Alliance for Democracy, Southwest zone. He was married to the late Madam Adejoke who died at the age of 82 years in October 2014.