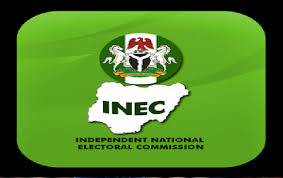 by afrikanwatchngr@gmail.com
By Mark C. Orgu, News/comments/March 24, 2019 The questions many are asking in the electoral process is what no one has been able to answer, not even the electoral umpires.  But the truth remains that, bad precedent has been established, that Nigerian desperate politicians have made the country a blood tasting venture. “When we conduct... Read More

The questions many are asking in the electoral process is what no one has been able to answer, not even the electoral umpires.  But the truth remains that, bad precedent has been established, that Nigerian desperate politicians have made the country a blood tasting venture. “When we conduct an election, blood must flow, violence must erupt, when employment recruitment comes, applicants, two or three must die, and so on.

This is the bad image we now dwell-in as country. The attempted assassination of the Independent National Electoral Commission, INEC, Returning Officer for Gboko Local Government Area, LGA, in the supplementary governorship and state assembly election held yesterday in Benue state , Prof. Comfort Luem is another bad omen, and should be condemn by any peace loving individual. The professor was shot by unknown gunmen at Abinse in Guma LGA of the state on her way to deliver the rerun election results yesterday evening.

According to an eyewitness, a security officer, (name withheld) attached to INEC officials, said that a Toyota Hilux van with registration number FG 273 U01 conveying officials of the INEC, ran into the ambush while in a convoy of over 20 cars from Gboko.  Continuing, he stressed:

“We had finished the collation of the results in Gboko and the Returning Officer had declared the result in favour of the Peoples Democratic Party, PDP.” “We were on our way back to Makurdi from Gboko with a retinue of security personnel in a convoy of other cars conveying security personnel to submit the results, when shorting after passing through Annunne in Tarka LGA and approaching Abinse in Guma LGA we saw some unusual movement of young men in the area”

“Shortly after we heard a gunshot which unfortunately hit the vehicle conveying the Returning Officer and some other officials of the Commission. It was at that point that she screamed that she has been shot. “Sensing danger we continued with the journey but managed to ensure that she did not lose blood. Luckily we did not lose her, we got to Makurdi with her and she was still stable before we took her to the Benue State University Teaching Hospital, BSUTH, were she was immediately admitted for an emergency surgery. “We successfully brought the results to the INEC head officer in Makurdi and as we speak the INEC Resident Electoral Commissioner, REC, for Benue state, Dr. Nentawe Yilwatda has gone to see her in the hospital.

Meanwhile, as at the time of filing this reports efforts to speak to the Benue state Commissioner of Police, Mr. Umar Muri proved abortive as the incident has been reported to the Police state command, information available to us shows that the Commissioner of police would soon address the press on the incident.