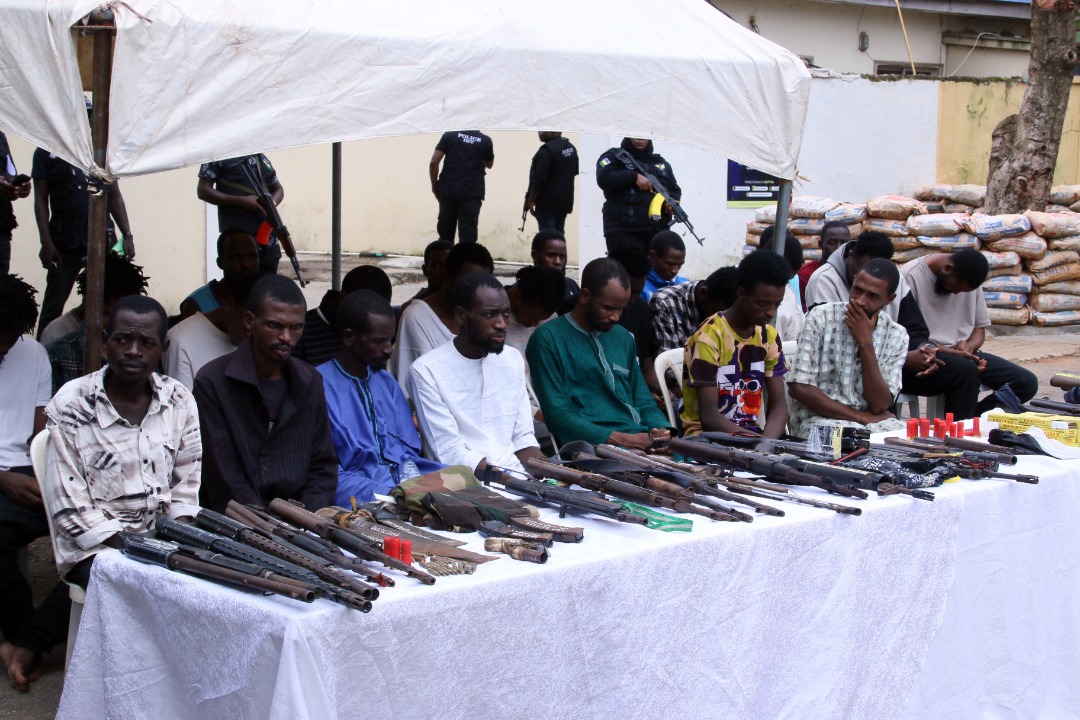 by afrikanwatchngr@gmail.com
By Daniel Njienue, News/Comments, August 24, 2022 ABUJA-Operatives of the Force Intelligence Bureau Intelligence Response Team (FIB-IRT) have successfully brought to a close case of murder which seemed unsolved with the arrest of some notorious suspects involved in criminal conspiracy, culpable homicide, and kidnapping in June 2022. The arrest followed a charge on the tactical... Read More

ABUJA-Operatives of the Force Intelligence Bureau Intelligence Response Team (FIB-IRT) have successfully brought to a close case of murder which seemed unsolved with the arrest of some notorious suspects involved in criminal conspiracy, culpable homicide, and kidnapping in June 2022. The arrest followed a charge on the tactical and operational squads by the Inspector-General of Police, IGP Usman Alkali Baba, on the need to ensure cases are investigated to a justifiable and reasonable conclusion. According to a statement released to Afrikanwatch Network earlier this evening, stated how the notorious gangs terrorized and brutalized their victims before killing them, as most of their activities involve kidnapping, robbery and others: 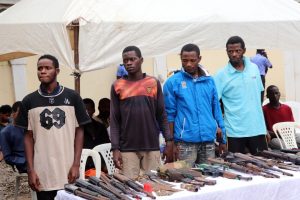 “The suspects, Hashimu Galadima (aka Kan-Wuka) aged 48, Abdulwahab Alhassan (aka Emeka) aged 31, Abdulwahab Ahmed (aka Dan-Mama) aged 35, and Alh. Modu Saleh, all of Dass Local Government Area of Bauchi State, were arrested following credible intelligence. The suspects, according to investigations, are members of a syndicate actively involved in kidnapping and robbery operations within Bauchi state and its environs. They confessed to the murder of one Hon. Musa Mante, a then serving member of the Bauchi State House of Assembly from Dass LGA in August 2020, and the kidnap of his two wives and 1-year old daughter. They similarly confessed to the murder of one Mallam Dahiru Suleiman, and a retired Chief Superintendent of Police, CSP Garkuwa, who they claimed was a bane to their free operation in the area” 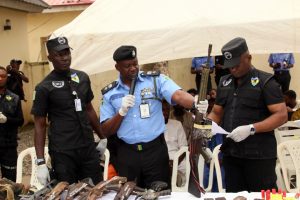 Police showcasing arms of the criminals

Meanwhile, operatives of the FIB-IRT equally apprehended the trio of Murtala Ibrahim aged 37, Suleiman Rabiu aged 28, and Surajo Sani (aka Mandula) aged 39, for kidnapping and providing information to other notorious kidnap gangs on likely victims of their crime. The suspects who operate within Yankwani and Kurami Towns in Bakori LGA of Katsina State carried out the kidnap of a man, his wife and two children from whom they obtained a ransom of 30 million Naira.

An escapee from the Kuje Correctional Centre in June 2022, one Abdulrazak Isah, aged 27, from Ondo State, who was convicted to life imprisonment for the murder in 2013 and had spent 10 years prior to his escape from the detention facility, was arrested at Tafa LGA of Kaduna State for stealing an iPad and a computer monitor from a hotel in Sabon Wuse, Niger State. The suspect thereafter sold the monitor for the sum of N5,000 and the iPad for the sum of N10,000, before his arrest.

The FIB-IRT recovered a total of 27 firearms including 10 AK rifles, 1 G3 rifle, 8 pump action guns, 3 locally made pistols, 3 English double-barrelled guns, 633 rounds of live ammunition of different calibres, 8 expended cartridges, and one cutlass from the suspects in the course of investigations.

The Inspector General of Police, IGP Usman Alkali Baba,has assured well-meaning members of the society who are stakeholders in security, of the commitment of the Nigeria Police Force to ensuring that all criminal suspects are dealt the full blow of the law upon arrest. All the suspects will be arraigned in court on completion of investigations.