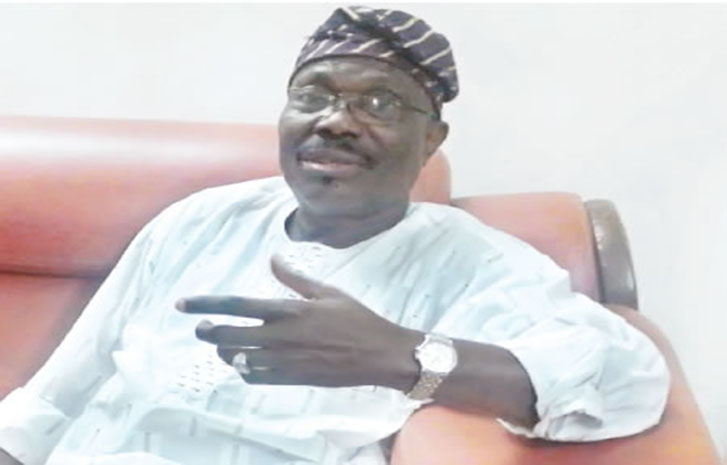 Our Generation Has Failed The Youths- Ex-Lagos APC Chieftain, Salvador, says, OBJ’s was right on Obi

by afrikanwatchngr@gmail.com
-News/Interviews, January 24, 2023 A former chieftain of All Progressives Congress, (APC), Hon. Moshood Salvador has advised those criticising former President Olusegun Obasanjo’s endorsement of Mr. Peter Obi, the Labour Party Presidential Candidate to think twice, as such criticism is for political selfish gain not for the interest of the country. Hon. Salvador who was... Read More

YABATECH EXHIBITION: Cartoonists are for Social Change and societal expressions-Experts

A former chieftain of All Progressives Congress, (APC), Hon. Moshood Salvador has advised those criticising former President Olusegun Obasanjo’s endorsement of Mr. Peter Obi, the Labour Party Presidential Candidate to think twice, as such criticism is for political selfish gain not for the interest of the country. Hon. Salvador who was a former People’s Democratic Party Chairman in  Lagos State noted that, Ex-President Obasanjo spoke from experience and knowledge. He made this known when our correspondent visited the  the Lagos politician and former House of Representatives member at his tower in Surulere, Lagos.  Chidera Faith Eke reports

Sir, Tell us your view on former President Obasanjo’s endorsement of Peter Obi for President

Former President Olusegun Obasanjo spoke from  experience and knowledge, even as, for me,   there’s nothing extraordinary in his endorsement of the Labour Party Presidential Candidate, Mr. Peter Obi. Now, if Obasanjo has said anything wrong,  Let those underestimating his endorsement continue, as the outcome will surprise them.  My very concern remain the followers. They are the main problem, as  they give room for  politicians who are not prepared for the leadership to be in positions but by God’s grace, this 2023 election is not as business as usual.

Do you think the endorsement will affect the outcome of the elections?

Well, what is the purpose of campaigning? What is the purpose of putting aspirants’ or candidates’ posters everywhere? It’s just for the electorates to know  and , also to  convince their minds with better manifesto . As far as I know, if Nigerians get it wrong or go the other way, which  Former President Obasanjo had advised, then, I fear for the future of this country and we will definitely going to have it hard again and again.  However, the endorsement of Peter Obi will have positive effect in this election.

Who do you support for  the presidency

We are still studying the candidates. You know why we need to study them. It is not a matter of one is good and one is bad. One might be good today and be bad tomorrow. If a counselor talks about what he did as counselor, does that mean he will do better when he becomes  governor?. So we have to look at all those factors, study them, ask from them, not from people. Let them tell us something, not people. So, that is what we are working on.

Well, you have not told us who your preferred  presidential candidate is?

I’ve just told you how we are assessing presidential candidates and still watching the political scene. We want to hear from them before we  tell our people the best among them. And  the door is not closed for them to be telling us what they have for us and how they want to convince us of their plan for our people.

What is your advice to Nigerians on how to pick their presidential candidate during the 2023 elections.

We keep telling Nigerians to look back whether their lives is better since President Muhammadu Buhari came to power. Currently, we have four major candidates and you know this election is quite different from every other elections done in the past years. That is because of the little transparency they promised us . We have to let the public to know that, their future lies in their hands by collecting your PVCs and to come out to choose credible candidates, not  always criticizing.  Criticism can not led us to anywhere, rather it creates more problems . So we advise the public to get their PVCs and make sure they come out to vote for their future and the future of their children .

Indeed, we take responsibility for not doing it right in our time, and that is affecting young people’s future  and we apologise and  promise to do it right this time. And that is why this  generation must do it right, so that their children won’t be pointing and accusing fingers at one another just as our generation has done . So the opportunity is here for young people to choose the best that will shape their future.

Nigerians should ask those four major presidential candidates their antecedence if they are not part of those who have put the country in mess. Therefore, we have to look at different thing entirely to decide who to vote for. However, I will still start my campaign soon on my preferred candidates.

Note: This interview was conducted before Hon. Salvador was declared as Labour Party Governorship Candidate in Lagos