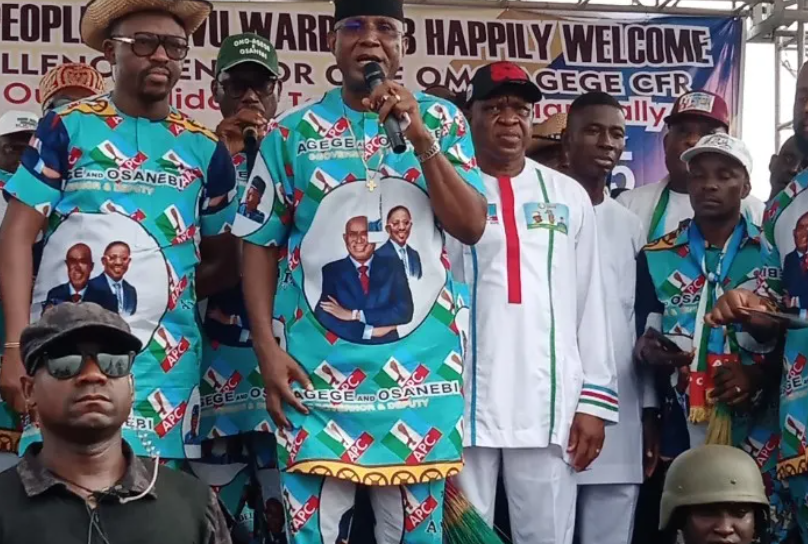 by afrikanwatchngr@gmail.com
By Mark Orgu, News/Comments, January 24, 2023 The Delta State All Progressives Congress Governorship Candidate, Sen. Ovie Omo-Agege, who is the Deputy Senate President,  has extolled late Sen. Pius Ewherido who represented Delta state central on the platform of Democratic People’s Party (DPP) and who died at the national hospital, Abuja, in 2013. Omo-Age while... Read More

7 unique egg decorating ideas for you to try this Easter

The Delta State All Progressives Congress Governorship Candidate, Sen. Ovie Omo-Agege, who is the Deputy Senate President,  has extolled late Sen. Pius Ewherido who represented Delta state central on the platform of Democratic People’s Party (DPP) and who died at the national hospital, Abuja, in 2013. Omo-Age while addressing party faithfuls in the ongoing ward to ward campaign of the party visited  the late Senator’s terrain , Ewu, Uwheru and Evwreni, in Ughelli South and North LGAs of the state yesterday, even as he placed him as one of the finest politicians in the region with a committed and exemplified life he left behind, and used the medium to observe a minutes silence at the home of the senator.

The Delta born politician,  Omo-Agege  while speaking, promised to appoint a Special Ombudsman on inter ethnic relations in Delta State to address perennial herdsmen/farmers clashes, as well as other inter and intra ethnic conflicts that created panic in the state.

Similarly, at Uwheru rally, he frown at various conflicts as  agents of draw back to development , even as he promised to use dialogue to address group and individual’s interests while acknowledging his awareness and concerns of the Uwheru people,  including the issues of flooding at Ohoro and other communities in the kingdom:

“I am aware of the concerns of the Uwheru people especially the flooding of Ohoro and other communities in the kingdom. I am also aware of the issue of herdsmen and farmers clashes which affect the economy and security of Uwheru. I promise that when I emerge governor, I will appoint a Special Adviser to look into the matter in a way that will bring peace to the area, and make everyone safe and happy”.

He therefore assure the people of administration if elected to construct  a bridge across the Arhavwarien River and complete the Orere Bridge, started by Delta Governor, Dr. Ifeanyi Okowa, just a few months to the end of his tenure.

“I will complete the Orere Bridge and the abandoned Ewu/Olomu Road when I become governor, ” he noted.

In Evwreni, Senator Omo-Agege hails Olorogun O’tega Emerhor as a founding member of APC and promised to continue to explore all political goodwill to the interest of the people. On his part,  Emerhor appreciated the loyalty of his kinsmen to his political leadership and called for total support for Senator Omo-Agege and all candidates of the APC .