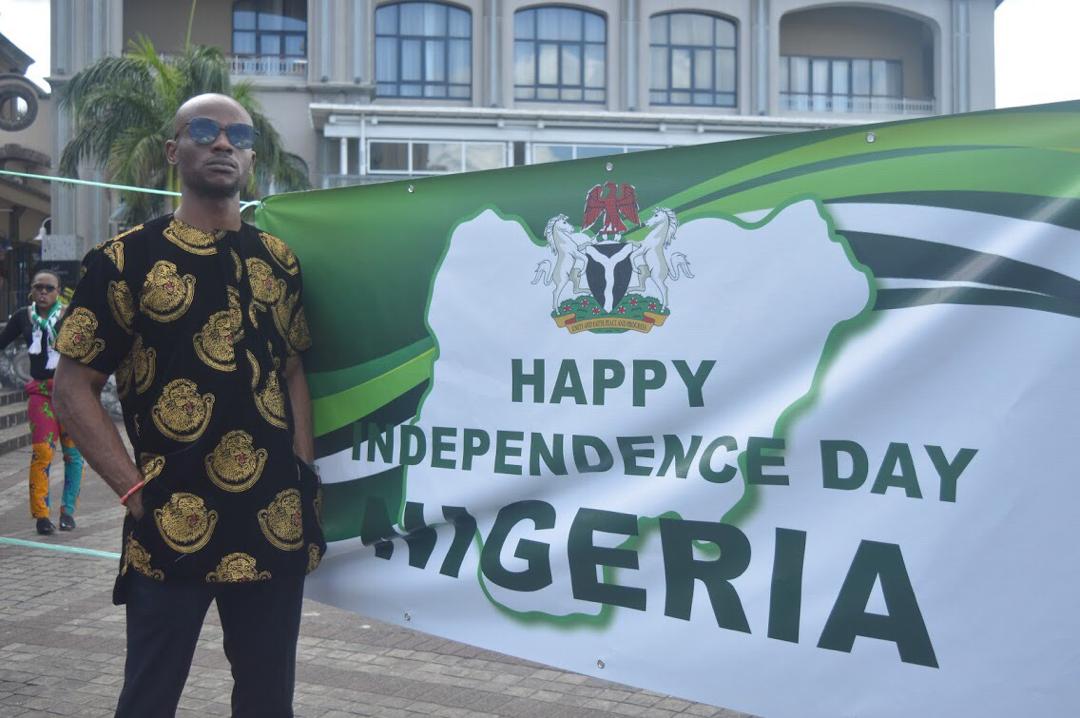 by afrikanwatchngr@gmail.com
By Daniel Njienue, October 9, 2019,news/feature. PORT LOUIS-Penultimate week it was as Nigerians residing in one of the East African countries, Mauritius gathered, to celebrate Nigeria 59 years of freedom from the colonial masters, the British.  The event was an eye opener for Nigerians living in Mauritius to come together and project the country’s rich... Read More

The dangers of eating too much restaurant food

PORT LOUIS-Penultimate week it was as Nigerians residing in one of the East African countries, Mauritius gathered, to celebrate Nigeria 59 years of freedom from the colonial masters, the British.  The event was an eye opener for Nigerians living in Mauritius to come together and project the country’s rich cultural and economic values.

Meanwhile, Mr Gaya Vishwanath , who spoke on behalf of the Mauritian Government has  charged Nigerians to be of good ambassadors of their country as Mauritius  is widely opened to all, especially those willing to add value to their economy..

Delivering his address at the event is the President, Association of Nigerian Residents and Professionals (ANRP) in Mauritius,  Mr Kehinde Adeyemi, who said that approximately two years ago, a group of young gentlemen studying at the Mauritian  Higher Institutions met and conceived the idea of an association, as a way  to foster unity among Nigerian nationals resident in Mauritius and also to promote a peaceful coexistence with Mauritians.

He stressed: “our aim was and is to portray the image of Nigerians in a good light on the paradise island of Mauritius and to make positive impact in our host community. We remain committed to this mission and with your collaboration we will make this happen. The association got registered with the Government of Mauritius in July 2019 and our motto is ‘In Love and Honesty to grow’ which is a phrase from the Nigerian National Anthem”

“It is important to note that Nigeria is a blessed nation and we are here not only to celebrate our unity in diversity but the hope of a bright future for all Nigerians home and abroad. Let me briefly take you down memory lane. Modern Nigeria dates from 1914, when the British Protectorates of Northern and Southern Nigeria were amalgamated by Lord Frederick Lugard.  The country became independent on October 1, 1960, and in 1963 adopted a republican constitution but elected to stay a member of the Commonwealth”.

“Nigeria is a diverse nation located in the Western Coast of Africa. Our people come from more than 250 ethnic groups. Today, about 60 percent of Nigerians belong to one of three groups: the Yoruba, the Igbo, and the Hausa. Most Yoruba live in southwestern Nigeria. Before colonial rule, Yoruba society was organized around powerful city-states. Yoruba men were farmers. The women engaged in marketing and trade. The Igbo have lived in southeastern Nigeria for thousands of years. Igbo villages choose their leaders’.

“They are known for their weaving, metalworking, and woodcarving. The Hausa are the largest ethnic group. Most Hausa live in farming villages in northern Nigeria. Crafts such as leatherworking and weaving have been passed down through generations. Nigeria has abundant natural resources, notably large deposits of petroleum and natural gas.  Nigerians are happy people. We are hardworking and enterprising, evidently we have been making giant strides in all works of life globally. This in itself is worth celebrating”

In another development, the Association expressed deep appreciation to the Mauritian Government for accommodating Nigerians, and also used the medium to thank the Nigerian High commissioner to Mozambique, who covers Mauritius too, His Excellency Uyigue Igbe for his moral and financial support and others. In attendance was Dr. Dhananjay Keskar (Director, Amity institute of Higher Education). The events attracted Mauritian indigenes, and Mr and Mrs Agbalagba, who came all the way from Nigeria and other guests.