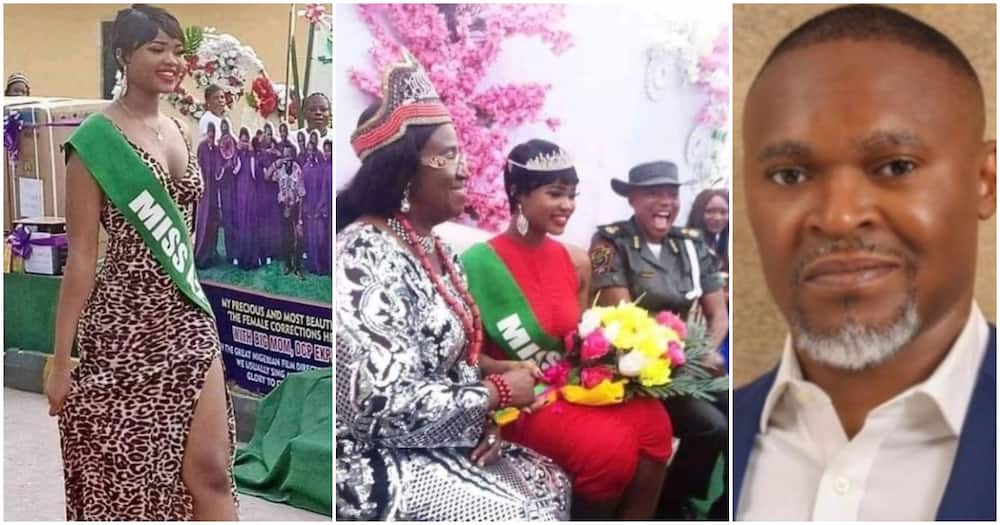 by afrikanwatchngr@gmail.com
“I tentatively argued that if detainees are not adequately rehabilitated or who are without opportunity of been transformed through skills training and capacity building actively may find their way back to the society they once terrorized and , begin to reinforce  and re-gather evil again. I also postulated that, rehabilitation should not be seen as... Read More

“I tentatively argued that if detainees are not adequately rehabilitated or who are without opportunity of been transformed through skills training and capacity building actively may find their way back to the society they once terrorized and , begin to reinforce  and re-gather evil again. I also postulated that, rehabilitation should not be seen as an enjoyment but a connection and modification of minds, including psychological re-formation to the latter. Now, of what purpose will offenders being paraded or seen all over the media enjoying themselves in the name of rehabilitation…”

Wait, Chidinma Ojukwu, the alleged murderer of the SuperTV CEO, Usifo Ataga, is now the Cell 2022 Queen of the Nigerian Correctional Service. The social media almost caught fire, because Chidinma as believed-after the murder of Ataga earned a-well dark-coordinated titles, such as salient killer, runs girl, snake in a green grass, and a chameleon, etc. Now, she has added another glorified titled as a crowned Cell Queen, and I hope, she will be given a certificate by the Correctional Centre for her filing and, probably, if the court finds no concrete evidence against her case, she could come gloriously with Church thanksgiving for a miracle and contest for Miss Nigeria, usually organized by Silverbird Group yearly. 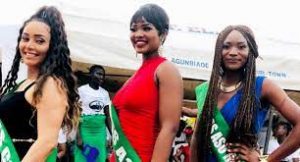 Chidinma, middle and other two inmates

If she wins, she can represent Nigeria at the Miss World contest and traditionally, become a brand Ambassador to companies and Organisations. And then, she can be engaged to promote girl child education and nonviolence and other related ill-conceived agenda against women. Chai! Nigeria my country. Maybe also, her sins could be thrown into the dustbin eternally while the benevolence of nature locate her husband, who may probably be looking for a celebrity Queen to engage and who will be fill with the Nigerian Holy spirit that will say, ‘your sins are forgiven and old things have passed away. You’re now a new creature in Christ. Halleluiah.’ Then, she will become a famous damsel of our Television Houses and Newspapers customers.

Please, pardon me because this is the analysis of how the Nigerian society has been turned into, as immoral strives than morals-a very dangerous omen we all should regret and reject in totality. I think, Nigerians need to be fully education on Chidinma’s new title and the defensible rehabilitation by the Correctional officials, whose Chidinma is under their care. They need to explain deeply the commonsensical idea of rehabilitation of a person whose atrocity brought calamity and breadwinner’s family to eternal dismissal of life. They need to explain why Chidinma’s rehabilitation cannot be done quietly because of the nature of her badly case.  On this note, let me quickly put down the discussion I had with a top retired Deputy Controller-General of the Correctional Service (name withheld) on this matter and his views, as edited and what he thinks officials of the service would have done better:

I don’t always want to be dragged into such issue, so that it wouldn’t look as if I am taking side. But even before now, we have been rehabilitating inmates, which is one of our top priorities. Getting and reforming them, and organizing shows that will keep their minds busy. So, I think the female officers in charge, on their own felt, is one of those programmes to keep inmates busy. However, it depends on how one looks at it because people are thinking this lady, Chidinma is still under trial. At the same time, even though she is under trial, she also has the right to participate in one programme or the other at the yard. However, it then beholds on the authority to also say, ah, this group of people should not participate now just to avoid unnecessary noise. This is discretional.  I am also sure, the family of Usifo Ataga won’t be happy that the alleged killer of their son is enjoying herself. On the other hand, some people will say, Chidinma is entitled to the correctional facilities because she can be corrected on her misgivings. Okay, would it be nice in the course of her trial she die; maybe on a psychological thinking.  Can the trial continue, no, because nobody will be happy to hear that? Don’t forget that those programmes cannot stop her from continuing her trial and if found guilty, she will serve her punishment. The custodian centre that organized the programme is under the female correctional, not male, and the way women think is not the same with men, so, they felt they should make the inmates happy and reduce their tension and calm them down but am sure such event would not happen again because the officers have learnt a lesson from it

Luckily, it was the year, the Service changed its name to the Nigerian Correctional Service (NCS) while the purpose of doing so was highlighted by the then Controller  General of the Service, Ahmed Ja’afaru, who lauded first the passage of the Nigerian Correctional Service by the 8th National Assembly in December 20, 2018. The Controller had however said in his address in the Reformer’s publication of the Service: “We have finally secured the passage of the Nigerian Correctional Service Bill by the two Chambers of the National Assembly. The bill which seeks to repeal the P29LFN of 2004, contains well thought out and articulated provisions for expansion, growth and empowerment that will surely transform the face and general operations of service” This was corroborated by Dr. Amos Kupan, who reiterated that, the bill was a milestone towards better enhancement of prison rehabilitation. “This is a great milestone as the bill will bring a lot of positive reforms into the service which will be beneficial to inmates, staff, relevant stakeholders and the generality of Nigerians”

In that my project, I had quoted the Nigerian Prison Service handbook, 2009, where it stated that formerly, it is believed that the task of the Nigerian Prison Service is multilateral in nature. Firstly, the service has the duty to safeguard the custody of persons legitimately held for crime committed. Secondly, it provides treatment to them, and thirdly, it seeks to bring about rehabilitation programme to the inmates. It further postulated that, however, the viewpoint of the Nigerian Prison service is that of treatment and rehabilitation of offenders, which can be achieved through carefully coined and well-articulated administrative, reformative and rehabilitative programmes aimed at inculcating discipline, respect for the law and order and regard for the dignity of honest labour.

It is of this , I tentatively argued that if detainees are not adequately rehabilitated or who are without opportunity of been transformed through skills training and capacity building actively may find their way back to the society they once terrorized and begin to reinforce  and re-gather evil again. I also postulated that, rehabilitation should not be seen as an enjoyment but a connection and modification of minds, including psychological re-formation to the latter.  Now, of what purpose will offenders being paraded or  seen all over the media enjoying themselves in the name of rehabilitation or trying to make them happy-a serious offenders in that matter. Happiness is something of the mind likewise sadness also. I think there is need for rehabilitation of the mind of some correctional officials, and boundaries they should operate silently within the correctional yard, not to make public.

Let me leave this piece with the final conclusion of my project, maybe, there might be the need for readjustment by NCS. My project findings concluded: “Barbing, carpentry, farming, weaving/hairdressing, tailoring ,masonry, fashion design, comedy, and ICT were the rehabilitative programmes available for inmates in Nigeria prisons, that the available educational, vocational, and social rehabilitation programmes have gone a long way in influencing the social life of inmates; that the inmates are separated for different correctional programmes in the prison based on their interest; and that dilapidated vocational centres, funding, insufficient training facilitators, and overcrowding were the major challenges of rehabilitation programmes in the Nigerian correctional centre. Therefore, stakeholders, NGO, social workers, religious bodies, and notable individuals are needed to assist government to put better rehabilitation programmes for inmates while they still serve their jail term. This could be possible if well-structured public partnership on vocational training of inmates are seen as another chance of repentance and economic opportunity”

Orgu, is a social and public Affairs Analyst and Journalist, wrote from Abuja, (mcnext8@gmail.com)