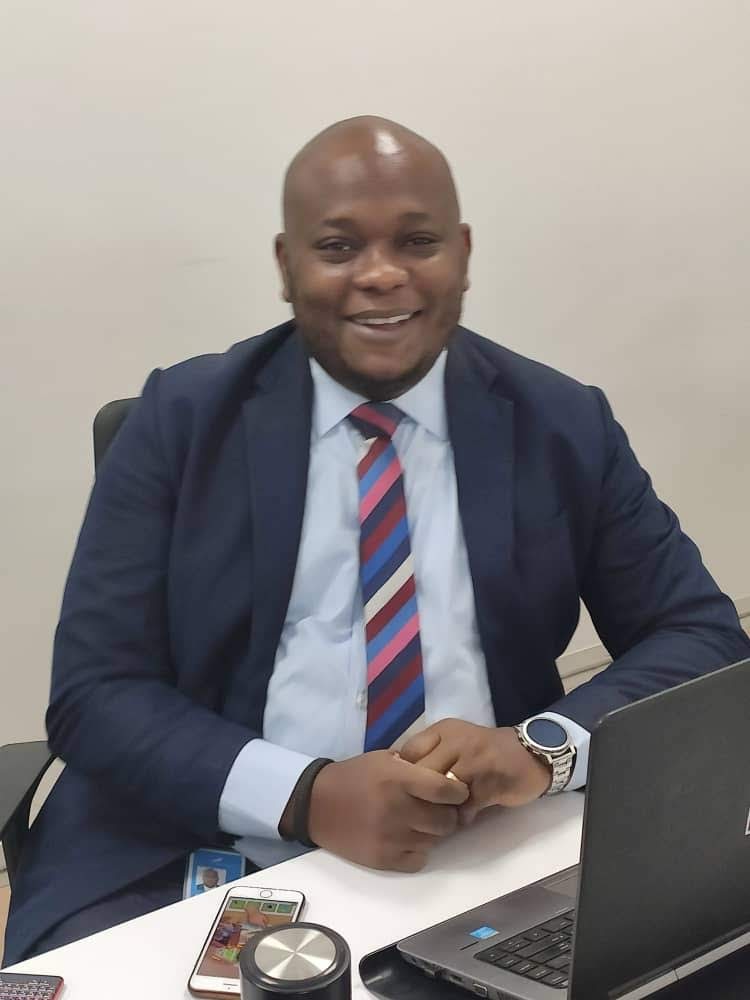 Money Stashed In Wardrobes, Underground Are Being Dug Out-Banker, Ogunmuyiwa

by afrikanwatchngr@gmail.com
-News/Interviews, November 22, 2022 Adeyinka Ogunmuyiwa, head of exports for Taj bank, a non-interest financial Institution in the country has applauded the Central Bank of Nigeria for initiating the idea to redesign the naira notes, stating that, such will reduce inflation and give creditability. Ogunmuyiwa who spoke with our correspondent, Chidera Ekeh in Lagos recently... Read More

Adeyinka Ogunmuyiwa, head of exports for Taj bank, a non-interest financial Institution in the country has applauded the Central Bank of Nigeria for initiating the idea to redesign the naira notes, stating that, such will reduce inflation and give creditability. Ogunmuyiwa who spoke with our correspondent, Chidera Ekeh in Lagos recently also wants government to be proactive in tackling insecurity and others.

CBN re-designing of the naira note and its  affect on the economy.

CBN has been a major regulator in the  country’s financial Institution, and have done that in recent years, even as  critics continue to kick against such, because of  personal interest. Now, the re-designing of the naira has its own agenda and no matter how one wants to look at it, there will always be the conspiracy theory from people who don’t see the need for it. I have been in the banking sector for  more than 17 years and I will tell you that the idea of redesigning some of the dominations, 100, 200, 1000  is with good intention. It would even reduce inflation rate because, there are a lot of cash outside that is not circulating properly but with this new regulation, the corrupt people are forced to mop up their funds back to the bank. I can tell you, people are bringing out cash stashed in their wardrobes, down the beds while some are buried underground and other hidden places. So, with all those money being brought back into the banking system, it  will  give the naira more credibility and they will have to pay taxes. I also think this agenda will move the country into more cashless economy as the idea is to reduce the quantity of note that will be printed this time around forcing people to make use of the cashless policy.

Dollar rate and its effect if any at all

Re-designing of the naira note has nothing to do the with the dollar rate, because the naira exchange rate is another dispensation on its own. For me, the only way the naira and dollar rate should be put together is when you’re talking about the cost it will take to redesign and reprint.

Any consequence of redesigning the naira

I think the last time the US dollars was reprinted was in 2012/2010 or so,  but then till today, the currency is still acceptable everywhere but for us in terms of technology and currency rate, we have not been able to catch up to the western world. We should stop comparing Nigeria to other countrries and start to look at the bigger picture like how and what this redesigning will mean to our economy and what we stand to gain.

Insecurity did not start in Nigeria today, but unfortunately, it has gotten worst since President Buhari took over. As an APC apologist, I affiliate more with the APC but I will say that I am highly disappointed with what the current APC government has done in the area of insecurity and have failed the country as little effort is put to curb  the situation. Yes,   President Buhari has done well in the aspect of roads and agriculture but we have not being able to feel the impact of what he has done because of insecurity and lost of lives and properties. So, the next president of Nigeria must  make security a priority , employ capable hands to lead operations and the same time invest heavily in security equipment and intelligence.

Also,  we need to go back to our grass roots and traditional elements. Let security be placed at our local levels. If we check the American security system, they have the community Police, the state police, the local government police.  Thus, most of the police in those localities know the group that has committed crimes, and they go after them. The police in those localities understand the consequences and risk of not fighting crimes within their hometown where they live. Community police is  needed in Nigeria.

When it comes to education, I wouldn’t put it only on the government but I will say that, it is a societal issues ,we are not trying in terms of education but we now need to look at it  from different angles. If we look at it from the national level, you might not see the effect of what they are doing, because we only see the area we are in but some states like  Osun State has done well in that area and Lagos State government. Both states and federal need to invest heavily on education.

Most Nigerians are rather reactive than proactive . Proactive in the sense that “what are we going to do from preventing the flood from happening”. Reactive in the sense that we only react after disaster  has happened. Now, can the government boldly say they have the resources to fight flood,  or control the impact of the flood after it has happened. So in order for us to be proactive instead of being reactive, there must be emergence plan  and citizens should stop trashing our drainage system with waste . Secondly,most of the floods are natural occurrence because of the geographical areas of some of these places. We have all heard of some theories, that, it is when a damp ,  flood occurs.. I think what the government should is to try  to ensure citizens don’t litter the drainage system while reactivating agencies to monitor some of the drainages and citizens attitude in dumping refuse.