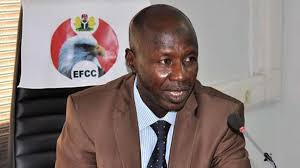 Magu: The roaring Emperor is now being turned into the cringing vassal-Ozekhome, (SAN), writes

by afrikanwatchngr@gmail.com
“I fought on. I criticised. I critiqued. I challenged him and his impunity severally in courts across Nigeria. I won virtually all the cases. I called for a change of the way and manner the ‘anti- corruption war ‘ was being selectively and opaqualey fought” -July 9, 2020,News/Commentary I complained bitterly, with facts, figures and... Read More

“I fought on. I criticised. I critiqued. I challenged him and his impunity severally in courts across Nigeria. I won virtually all the cases. I called for a change of the way and manner the ‘anti- corruption war ‘ was being selectively and opaqualey fought”

I complained bitterly, with facts, figures and data, that recovered looted funds and property were being re-looted by the Magu-led team, who were supposed to keep the gate of our Commonwealth. They looted our treasury in collaboration with their cronies, friends and acolytes.

Mr Ibrahim Magu has been acting as EFCC Chairman for over five years. The Senate on two occasions refused to confirm him, based on a clear report on damning allegations of corruption levelled against him by government secret agency, the Department of State Security Service,(DSS). Magu’s compromised supporters and cheap publicists, eating from his table and those afraid of public denigration in the so called “anti-corruption war” hailed and ‘ranka dede-d’ him.

They abused the Senate and spat on people with plural voices, who dared call for Magu’s sack, or at least, his voluntary resignation. Such paid grovelers, bootlickers and historical revisionists always claimed that “corruption is fighting back “. They were not interested in the truism or otherwise of the available cold facts. It was simply enough that their cold-blooded god and power bacchanalian deity who had terrorized everyone to submission, must be appeased on the altar of obsequious, servile and sycophantic coven. Everyone spoke only in whispers, at best in soliloquy or monologue. 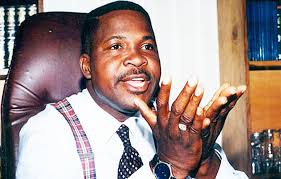 The fear of Magu for everyone was the beginning of wisdom. Not quite everyone really. But nearly everyone, for I refused to be brow-beaten or intimidated by such blatant primordial display of asinine power. I fought on. I criticised. I critiqued. I challenged him and his impunity severally in courts across Nigeria. I won virtually all the cases. I called for a change of the way and manner the ‘anti- corruption war ‘ was being selectively and opaqualey fought. I wrote a public letter in 2017, to the then Acting President, Prof Yemi Osibanjo, SAN, at a time his boss, President Muhammadu Buhari, was sick on a London hospital bed.

I complained bitterly, with facts, figures and data, that recovered looted funds and property were being re-looted by the Magu-led team, who were supposed to keep the gate of our Commonwealth. They looted our treasury in collaboration with their cronies, friends and acolytes. Magu was the new Sheriff in town. I got no reply to my letter to Osibanjo. I wrote a reminder. No dice. I later challenged Magu publicly, face-to-face, on at least three occasions, one of which was at a ceremony at the Federal High Court in Abuja. Another was at a capacity-building workshop organised by the EFCC at its training Academy, in Karu, Abuja, which he graciously personally invited me to.

He refused to change his ugly ways. It was clear to me and discerning Nigerians that power had gotten into his bald head. Power is an aphrodisiac, an intoxicating liquor. It bemuses. It gives delusional ‘Dutch courage’.

It forces reason to vacate its seat. So, for over 5 whole years, Magu continued to work as Acting Chairman of the EFCC, in spite of the clear provisions of section 2(3) of the EFCC (Establishment) Act, 2004, which provides that the Senate must confirm him before he could continue in his office. He recruited expert ‘constitutional lawyers “who argued that Magu could stay in office till kingdom come, whether or not the Senate confirmed his appointment. The Senate, the EFCC Act and even the Constitution could go to hell. After all, Magu was irreplaceable and was doing an incredibly marvellous job of ‘fighting corruption’.

But, once upon a time, on a God-appointed day like that of yesterday, divinely accorded the EFCC’s  ‘anti-corruption’ Czar, imperious Ibrahim Magu, one courageous and dare-delivery man and former Governor of Ekiti State, called Peter ‘the rock’ Ayodele Fayose (Osokomole), led by his fearless ,dogged and courageous lawyer ,Chief Mike Ozekhome, SAN, voluntarily submitted himself to the EFCC, less than 24 hours after leaving office as Governor .

He adorned a T- shirt that publicly proclaimed, “EFCC I AM HERE”. He was promptly clamped into a dingy dungeon of a detention facility, notwithstanding the fact that he had voluntarily submitted himself .He was humiliated, mocked, taunted, derided and his humanity degraded by Magu and his fierce goons. Little did Magu know, or care to realise, that what goes around comes around. few night, Magu was given his usual dolled-out treatment. He was detained at a cold Police cell at the Police Headquarters, Louis Edet House, Abuja. He was even accosted on the way from his EFCC’s Formella Street office, Abuja, and driven away to Aso Villa, to face the presidential panel probing him on his alleged corruption infractions.

The erstwhile roaring lion could not believe it. The chicken has finally come home to roost. The proud pursuer is now being pursued .The assumed victor has become the victim. This is a tragic reminder of the urgent need for temporary power wielders to act with moderation, modesty, circumspection and humility. The roaring Emperor is now being turned into the cringing vassal. The mighty Iroko tree in the forest that mocks lesser plants is being diminished into a mere dwarf anthill shrub.

How the cookies crumble! This shows the transience and ephemerality of raw might and strength! The vanity and vaingloriousness of the illusion and delusion of grandeur of power and influence!!! Fellow countrymen, please, let us not accord Magu the same shameless media trial, public conviction, lynching and execution of people, who were nothing but mere suspects (and thus presumed innocent), as he did with eclat and swashbuckling. Let us presume him innocent until he has been subjected to the due process of law, through a free and fair public trial, not media trial. The fact that he did it to others did not and does mean it was right.

Two wrongs can NEVER make a right. As I argued again and again, like a broken record, the anti-corruption ‘war ‘was never a regenerative and ethics-defining ressurgimento war. It was purely a score -settler against rights activists, the opposition, public critics, plural voices and dissenters. The breeze has finally blown and the smelly backside of the fowl has been exposed. The following days and weeks will open up new vistas, the Pandora boxes and closed cupboards of decaying skeletons. Nigeria, we hail thee.