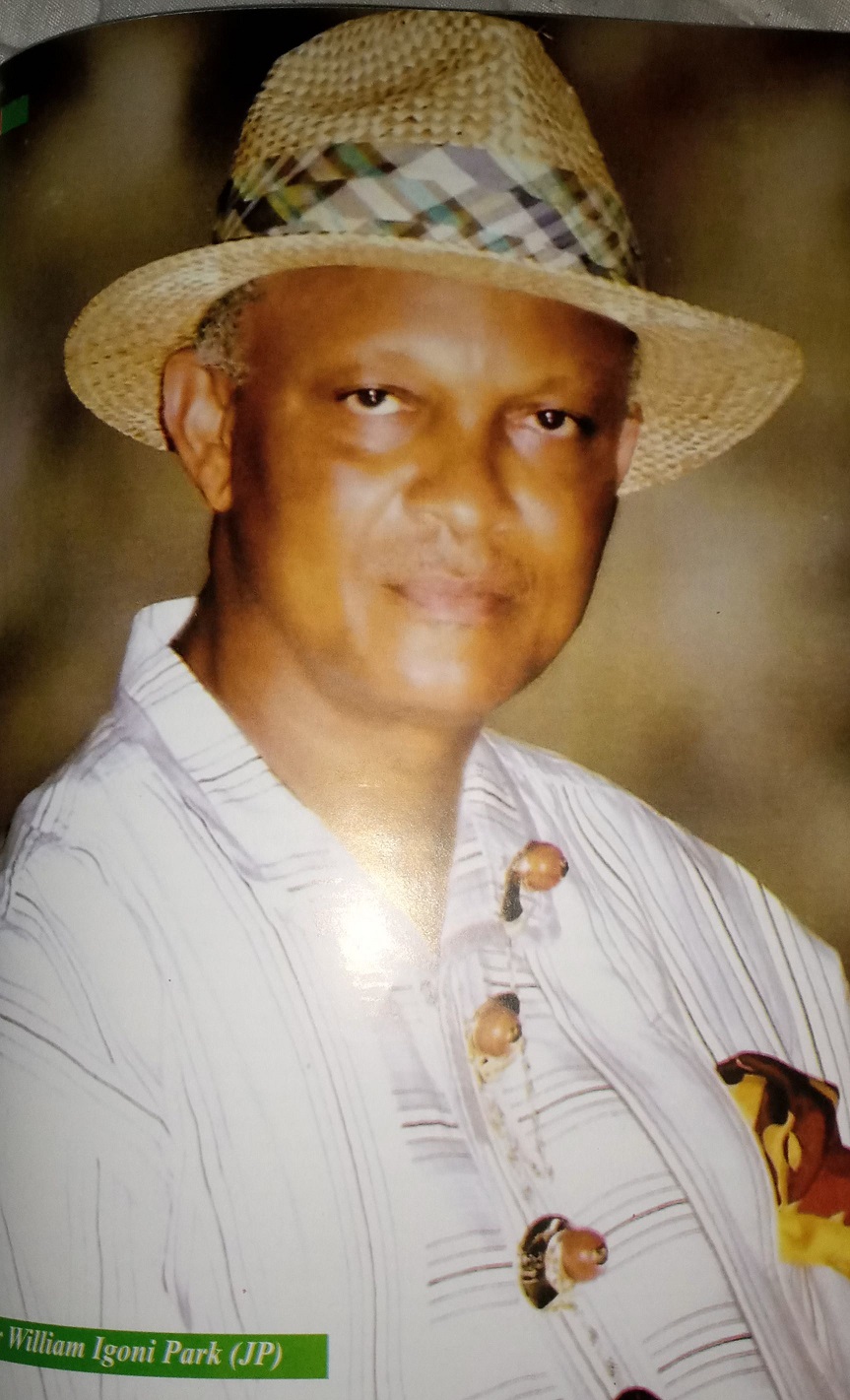 It is time for Nigerian youth to stand and join politics-Hon. Abadaba

A retired Assistant Comptroller-General of Immigration, Sir William Igoni Park JP, who is also the Managing Director/Chief Executive Officer, Macwills Security Company Limited, an industrial security firm, Port Harcourt, Rivers State has said that, Nigeria do not practice true democracy as claimed but practiced oligarchy. “The democracy that we copy is not what is being practiced here, so if you begin to score something that is not quite in existence, then you are scoring a wrong thing. But whichever way it goes, it is believed that we are having a democratic nation from 1999 till date.  So, while we thank God that irrespective of the disinfection, we are still together, we also need   to practice true democracy- government of the people, by the people and for the people, not government of one man by the connection of a few people.”

The former Past District Governor, International Association of Lions Clubs, District 404A noted that, there are characteristics and expectations of a democratic nation, which include freedom of speech, strong institutions that can stand on his own, freedom to life, and freedom from fear. Speaking on the Biafra agitations to secede from the country because of what they alleged to be seen as second class citizens, Park said that, if truly Nigeria is a democratic Nation, no region will be agitating for a break up because what constitute a democracy is not quite in existence in a country that claimed to be practicing democracy.

He echoed that Biafran war has come and gone, but the truth is still unraveled and what most of the Nigerian leaders are hiding is less covering of their own wounds, rather than tell us the truth. “People are not willing to say the truth because the late Col. Odumegwu Ojukwu’s memoir was not written or is not out. He was quite cerebral. I mean Eastern people, even those who worked with him keep records. They should deep dig and find where Ojukwu’s memoir on Biafra is. I believe there must be records somewhere. Even when he was in Ivory Coast, he must have written something because he could have remembered few things of what led to having a military regime that made him an administrator? Now, the question about the Biafran war and Ojukwu’s decision to back out is what is inconsequential. First, was it his own idea or the idea of the intelligential  or a call by his people that we are victimized in terms of killing mainly and loss of properties, that there’s a need to stay on our own, since  we persists that Nigerian government do not want us? Or was it Ojukwu’s personal ego to lead an independent nation? ‘Or, it was a pride or patriotism in terms of self-defense to stop further any relation of the people and the people of the then Biafra? Taking it from there; when the war was being prosecuted who betrayed them? Or who betrayed the course?  If you carry out by what you believe as a conviction, at what time did it become clear to you that the dream is failing? Why did you as a captain of a ship, became the last to leave. Indeed, you must make sure that the people are saved. Why did you abandoned the ship of Biafra? These are issues, that would have formed Ojukwu’s memoir but until now, Ojukwu’s family know why they kept mute”

The Security expert related the situation of how king Jaja of Opobo decided not to fight back against the British for a purpose. “King Jaja of Opobo could have fought the British when they came to take him. He knew they were going to take him hostage and he was going away. He had armories and he had warriors but he said historically, that when he saw the warships, he didn’t want the crown that he fought for to be sunk just by fighting back, so because of the collective interest of saving his people, saving the land that he founded, King Jaja accepted to enter the British boat for that discussion and which he never came back alive. So he left a message for his people. In the case of Biafra, the war lasted for thirty months, (1967-1970) and was it now that you valid your own life more and you told us we are going to seek for peace and you recite. So he knew what he was doing. I believe Ojukwu should have documented some things, even Gen. Yakubu Gowon retd , who was the then Head of State that  prosecuted the war and more than three million innocent Brafians were killed. The Nigerian people at this stage deserve to know the truth.

Continuing, the former Immigration boss noted that, after the war, Ojukwu finally came back, and a lot of things happened and that the issue of abandoned property, even in Lagos was there, that made him sit down outside his own house in Ikoyi, or his father’s property till well-meaning elders in Nigeria abroad came to intervened and he was given back his resident.

“All what am saying is that, for him (Ojukwu) to protest even when he realized that his property has been unjustly taken, and you said no victor no vanquish. What he was trying to do is, if you say, there was no vanquish, then where is my house or property not returned back to me, so he has records of what was said and what was not said. Everybody is saying the Aburi meeting is done. Is it truly that Gowon didn’t understand what was said during the Aburi resolution? or that he relegated and resented, that the decisions arrived at Aburi was not obtainable. Yes, the country has made a mistake in the past, and for us not to repeat it, that Aburi meeting’s record, perhaps will help us to avoid the road that we are equally moving now, because everybody is saying nothing has changed.

Asked if there is still any way Ojukwu’s memoir will be somewhere, Park reiterated that, Ojukwu’s family members and his wife is still alive, and Gowon is also alive. “People should be bold enough to say sir. (Gowon), Is it not time that you release your memoir on Biafra-Nigerian war, because there are lots of things we will come to understand. Sir Park spoke with Afrikanwatch Network on a telephone conversation last weekend from Port Harcourt, Rivers State, Nigeria.

SAM OMATSEYE @60: A Man Who Has Won The Crowd Through The Pen-Mark Orgu
Previous Post
Gombe, Sokoto and Akwa state rank high for conducive environment for business growth, as Govr. Inuwa hails report