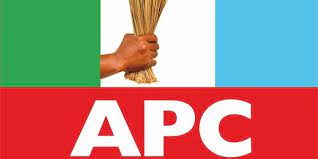 Lagos APC Congress: 3 chairmen emerged, as Gov. Sanwo-Olu says, it is a tea party. It is not-Hon. Salvador  replies

by afrikanwatchngr@gmail.com
By Victor Okoro, News/Comments, October 18, 2021 LAGOS-It seems all is not well with the just concluded All Progressives Congress election in Lagos State and other states across the country, as multiple groups claim authenticity of the congress. Tribune Newspapers was quoted to have  reported that The Conscience Forum of the Lagos State chapter of... Read More

LAGOS-It seems all is not well with the just concluded All Progressives Congress election in Lagos State and other states across the country, as multiple groups claim authenticity of the congress. Tribune Newspapers was quoted to have  reported that The Conscience Forum of the Lagos State chapter of the All Progressives Congress (APC) had released a list of state officials elected at its parallel state congress held on Saturday. However , a former PDP Chairman in the State, who joined the ruling APC some years back, .Hon Moshood Salvador-led APC Conscience Forum had a separate congress amidst  heavy presence of security men at the Irewole Event Centre, Lagos on Saturday where  Hon Mustapha Dabiri was declared  the State Chairman, alongside other 36 officials. Report had it that the parallel chairman hails from Ikorodu in the state. The 36 executives include: Alhaji Akeem Fagbemi (Mushin) was elected deputy chairman, Hon Olujimi Shobayo from Amuwo-Odofin emerged secretary, Olukogbon Stephen Babatunde (Ikeja), Assistant Secretary; Rev. Adesegun Samson, Vice Chairman (East); Hon. Kunle Okunola (Ikeja), vice-Chairman (West); Hon. Adebowale Adeshakin (Surulere), vice-Chairman Central; Barr. Ibijoke Tijani Fadugba (Ifako Ijaiye), legal adviser; Barr. Tunde Adelekan Ajibade, Assistant Legal adviser and Mrs Modupe Awe (Alimosho), Treasurer etc. 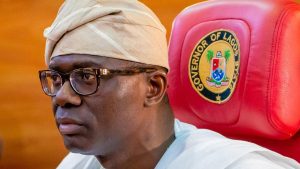 Meanwhile, the chairman of the Forum, Hon Salvador has warned National party leaders never to overrule the congress or take its Forum for granted, otherwise dangers loom. He made the call while advising other excluded party faithfuls never to allow persons who claim superiority over them to continue to have their way,  noting  that if not, the outcomes will be disastrous for future elections. 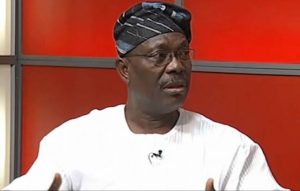 Also, Tribune had quoted one of the CF members on the condition of anonymity saying that, there were factions within Lagos APC, which according to him a disaster:  “There are various factions within the Lagos APC laying claims to state congresses held at different venues. It was shocking to see several results with numbers of elected officers but none can be said to be reflective of the party’s decision. “This is a terrible situation that requires urgent attention by the national secretariat party to avoid mutiny by aggrieved members.”

In the same vein, other parallel congresses were held under the leadership of the former Governor Akinwunmi Ambode-led AAMCO faction of the party where Hon. Beatrice Omotayo Tugbobo emerged as the party chairman while Pastor Cornelius Ojelabi was elected as chairman for the mainstream Lagos APC in a voice affirmation, which Governor Sanwo-Olu recognized , as Lagos4Lagos Movement elected Prince Sunday Ajayi as its elected chairman also. It could be recalled that Governor Sanwo-Olu on Saturday had hinted that any other All Progressives Congress (APC) state congress apart from the one held at Mobolaji Johnson Arena, remained a tea party as he urged aggrieved members to bury their anger and work with the party new officials.  “I am not aware of any other congress. Maybe because of your work, you are able to see those who are engaging in a tea party”I am convinced and I am certain that the leadership is appropriate. They are square pegs in square holes, and the man that will be leading them is trusted, tested at the national assembly level, the state executive level and as a community leader. He has done several things for his people and is now being called to come and lead the state executives in a higher level, he has been in politics for over 25 years and I know that he will do a great job,”

Cell: Yahaya was chained, as Army kept me in filthy room with torn mattresses-Chiwetalu Agu, says, DSS held my phone
Previous Post
Police Brutality: Gov. Yahaya Bello blows hot, says, my government will not tolerate it, as he demands justice