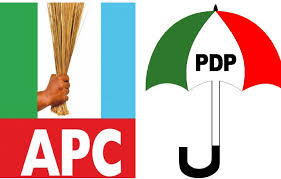 Breaking: 18 missing after slayers attack Bamamu, Danmale and Sako, as Emir Cries out

The above was the outburst of the opposition party in Delta State, All Progressive Congress, APC, alleging that the state legislators in the House of Assembly have resolved to play boy boy politics, thereby forgetting their main responsibility to make laws that can transform the lives of the citizens. The party described it as nothing but a move towards failure and loyalty in futility. This was contained in a press release by the State Publicity Secretary of the Party, Sylvester Imonina, Esq, sent to Afrikanwatch Network last night, with a title. Delta State House of Assembly: Failed Representatives Of Deltans. It reads:

“Section 4 (6) and (7) of the 1999 Constitution of the Federal Republic of Nigeria clearly spells out the functions of the State House of Assembly. In other words, the Delta State House of Assembly is vested with powers to make laws for the good governance of the State and/or perform oversight functions as connected therewith. In the good old days, members of the Bendel State House of Assembly (Legislature) were seasoned technocrats and men of honour whose interest was the good of the constituents they represented. The quality of debates on the floor of the House was superb and laws passed were products of intellectual sagacity. On every sitting day, people looked forward to listening to their debates.  Also, when there are constituency projects to be executed, meetings were called in most of the Members’ constituencies, wherein the constituents are briefed on such projects. Usually, the best contractors were chosen after an unbiased cross-fertilization of ideas, and contracts awarded without the Legislator having an overt interest in who gets the contract”

“Between 1999 and the year 2007, the law makers of that era did their best as representatives of the people. The Government of Chief James Ibori was always on his toes because of the quality of the representation during that era. There were several occasions where the then Hon. Attorney General and Commissioner for Justice, Prof. Amos Utuama represented the Governor at the floor of the House to defend Government’s positions on issues that affected Deltans. No wonder that era witnessed massive infrastructural development; though majority of the projects were substandard anyway! Delta APC can authoritatively say that the present leadership of the House of Assembly and by extension, majority of the members do not have what it takes to be members of that supposed “hallowed chamber”! In fact, their “Oga I dey loyal mentality” has become an albatross to majority of them, particularly the leadership”

‘The Governor of Delta State has so cowed them that they cannot look at him in the eyes and tell him where he is doing badly. It is so sad that Delta State House of Assembly is more or less an assembly of failed Representatives who see themselves as appointees and/ or beneficiaries of the Governor.  Few days ago, retired Senior Citizens of the State engaged in peaceful protest in regards to the nonchalance and heartlessness of Govr. Okowa’s led Government concerning their gratuities and pensions. Painfully, the chicken hearted leadership of the House who were conspicuously within the precinct of the House of Assembly complex refused to address them. Reason being that they do not want to be in the black book of the Governor. What a leadership! Why would they not chicken out when they are Legislators cum Government contractors! Unlike Legislators of old, majority of them have different companies used to execute constituency projects and other projects. The clever ones amongst them use their cronies/bootlickers’ companies to execute projects with the understanding of “kickback and kickfront” accruing to them at the end of the day”

‘Information in the public domain is that the Speaker of the State House of Assembly is positioning himself for the plump job of the Governorship of the State, hence, his stinking leadership style of “carry go” in whatever concerns the Governor and/ or governance of the State! Well, Deltans are watching and waiting. From the feelers of Deltans, Delta APC states that four years is not forever. Deltans shall surely weed out those who are occupational Legislators from the House of Assembly, with their permanent voters’ card. Though, there is ample time to turn new leaves”