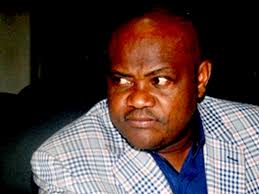 by afrikanwatchngr@gmail.com
By Mark C. Orgu, July 25, 2019, news/comments. PORT HARCOURT-Rivers state Governor, Barr. Nyesom Wike has accused the Niger Delta Development Commission, NDDC and its  dictator, the Federal Government of  deliberately refusing to form the NDDC Governors Advisory Committee, noting that rather than put politics aside and do the needful, FGN resolved to playing politics... Read More

You only need Primary 6 certificate to be president-Keyamo, as PDP dares Buhari at the tribunal

PORT HARCOURT-Rivers state Governor, Barr. Nyesom Wike has accused the Niger Delta Development Commission, NDDC and its  dictator, the Federal Government of  deliberately refusing to form the NDDC Governors Advisory Committee, noting that rather than put politics aside and do the needful, FGN resolved to playing politics with what belongs to the region, just because, most  South-South states were under the opposition, the Peoples Democratic Party, PDP, stressing that, development that is supposed to come to the area is being mingled and shielded away.  Hear the governor

, “NDDC has become a political institution where money is set aside for politics. Mention one mega project by the NDDC anywhere in Rivers State. “The only mega project is the Mother and Child Hospital which was to be a joint project. NDDC duped Rivers State Government in the project. . We paid our counterpart fund and NDDC paid nothing”

Continuing Wike further said “We have taken over the project, yet the NDDC has refused to refund our money. If the NDDC fails to refund our counterpart fund in seven days, we will drag the commission to court.”

“Now, any prominent politician in the South-South desirous of becoming governor was appointed Managing Director of NDDC and allowed to siphon development funds and resigns just two weeks to elections”. The commission, can only make progress when the governments and citizens of the region are involved in the process of project conception and location”

Bluntly, Governor Wike told the NDDC MD, Prof. Nelson Briambaifa, “You are coming because I have won election. You were on ground for six months, but never thought it wise to visit your Chief Host. Rivers State Government gave NDDC a building and take off grant to start work. They told you not to come, but God in his own way ensured we are still here. “It is a shame that what our people in the Niger Delta fought for, is not what is on ground at the NDDC. You claim to have over 1000 projects in Rivers State and we are still where we are today?”

Governor Wike made this known when the NDDC MD, Prof.  Briambaifa paid him a courtesy visit at the state house, Port Harcourt, Rivers state during the week.

Meanwhile, in his response, Prof, Briambaifa assured the governor and the people of Niger Delta that the commission was committed to executing all projects to improve the lives of the people of the region with a target to completing all ongoing projects. “Several key projects have been designed to improve the living standards of the people” The NDDC boss later appealed for the revival of the NDDC Governors Advisory Committee to assist the commission in carrying out its development projects in the region.