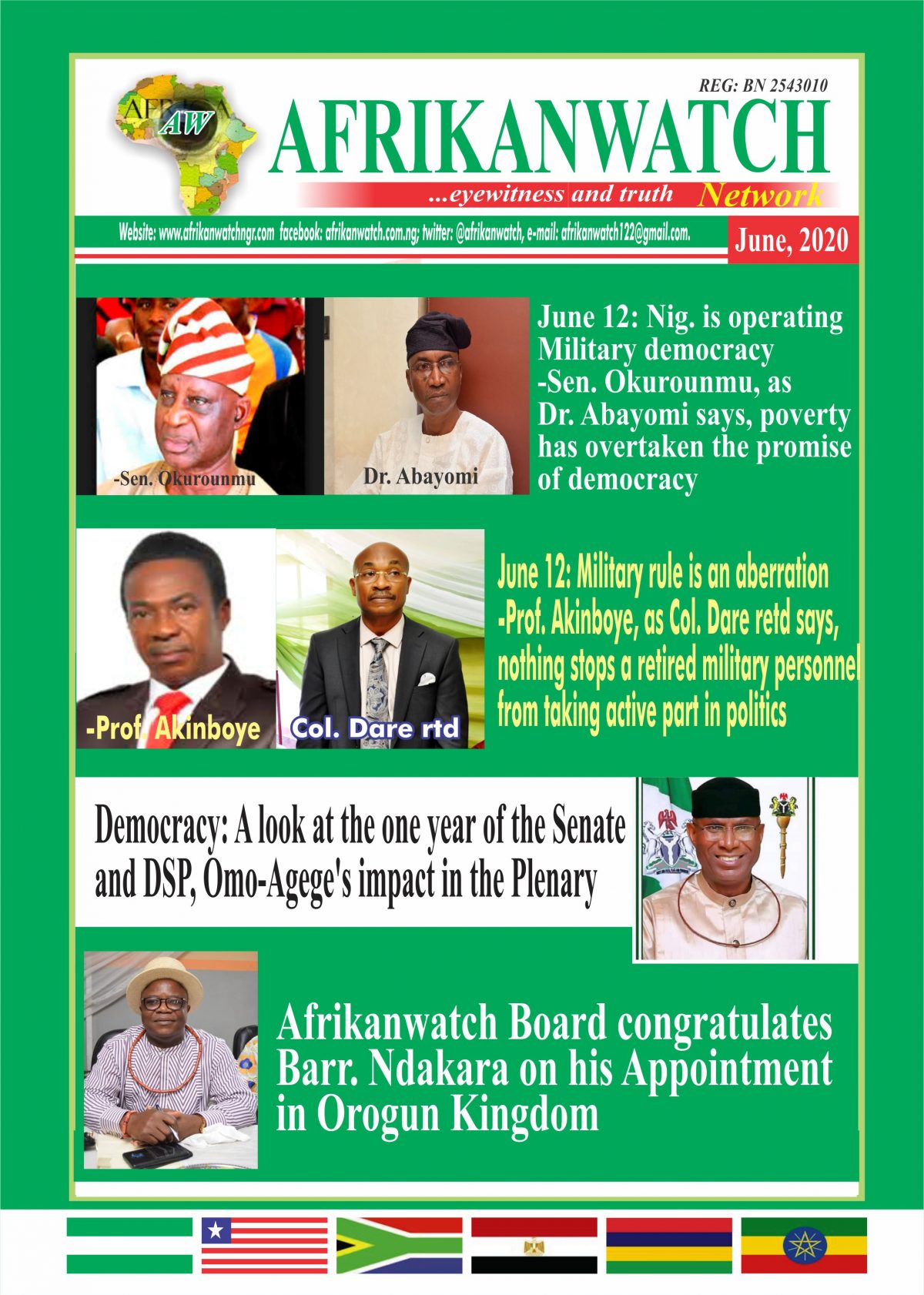 by afrikanwatchngr@gmail.com
By Sunny Atham, Daniel Njienue, and Gbenga Ojo, June 12, 2020/News &Comments OGUN/ONDO-June 12, popularly known as Abiola’s Day, was majorly celebrated in the South West part Nigeria until President Buhari officially unveiled June 12, 2019 as Democracy day and declared the Late M.K. O Abiola as a former President of Nigeria with the title of... Read More

OGUN/ONDO-June 12, popularly known as Abiola’s Day, was majorly celebrated in the South West part Nigeria until President Buhari officially unveiled June 12, 2019 as Democracy day and declared the Late M.K. O Abiola as a former President of Nigeria with the title of GCFR. Since then, the Yorubas have eulogized the President for doing what former President, Olusegun Obasanjo failed to do.

Yes, the Former Head of State, Gen Ibrahim Babangida retd, was the Game Master, who would have become-not only a living saint, but turned out to be the saint Nigeria, Lagos, Ogun, Osun, Ondo, Ekiti and Oyo state to commemorate the death of Chief M.KO Abiola, the presumed winner of June 12, 1993 Presidential election under Social Democratic Party, (SDP) against Alhaji Bashir Tofa of Nigerian Republican Convention (NRC) adjudged to the free, fair and most credible election in the history of Nigeria political dispensation. In fact, for the Yorubas, June 12 is their democracy day, not May 29.  When they finally succeeded in a good romance with the administration of President Muhammadu in deceit after he blatantly annulled June 12, 1993 Presidential election won by Abiola and put Nigeria in a state of anarchy and consternation. But Nigerian Activists with progressive and consistent agitations for a democratic government persuaded him to step aside. However, since the return of Democracy in May 29, 1999, things have not really changed as expected.

Looking at how far Nigeria has fared in the advent of democratic rule 21 years ago is Sen. Femi Okurounmu, who was elected Senator for the Ogun Central constituency of Ogun State at the start of the Nigerian fourth Republic, running on the Alliance for Democracy (AD) platform. He held office from 29 May 1999 to 29 May 2003 and Dr. Tunji Abayomi, A constitutional Lawyer, and Human Rights Activist, who is now the Pro Chancellor, Adekunle Ajasin University, AAUA, Akungba-Akoko, Ondo State. 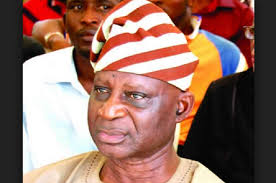 We want Nigeria to be the kind of a country of what our founding fathers had in mind. We need to make it an equitable nation for all citizens. Government must provide equal treatment for all Nigerians regardless of what part of the country they come from. Government must give opportunity for all for the dividend of democracy, whether it is material benefit or governmental power and position or freedom of speech, all must have access. Security must be guarantee to all citizens, nobody must be under threat, people should be left to be massacred or allow ethic groups to believe that their people are subjected to genocide, or the other. There must be freedom to live in safety and security. It is only by this that an economy can grow. In the absence of peace and security, there can be no growth. As it is today, Nigeria does not offer her citizens equitable condition, to prove that we are humanly equal.

We have not achieved economic democracy because there are no equal economic opportunity for all Nigerians. Opportunities are left only for a few in the political class, while many struggle for it. So, nothing like economic democracy in Nigeria.

The democracy we fought for since 1999 is a complete failure, it has been going downhill of development. In terms of freedom to even choose our leaders, we have been going downhill too. Nigeria has become an occupy country, the military are used to hijack power, people’s choice are not respected, both the military and the police are hijacking power. In the area of political appointments, lopsidedness is the order of the day. That is not what is expected in democracy. 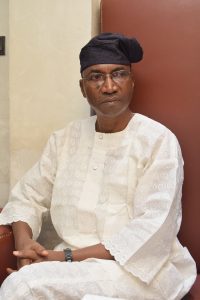 On his part, Dr. Abayomi noted: “Yes. We have achieved political democracy but to sustain it we need economic democracy that will allow greater participation of our people in commerce that guarantees better life. In our democracy, Nigeria has been underdeveloped by corrupt pitiless leaders.  The growth of poverty has transcended the promises of democracy.  We need urgent and deliberate rethinking of the structure of government and the strategies for development”.