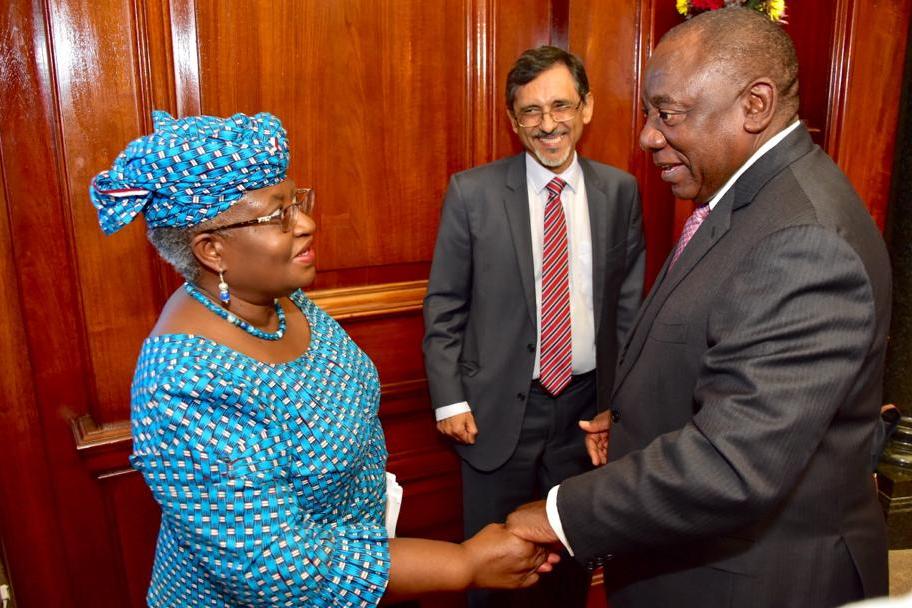 Dr Jonathan, in his twitter handle noted that Okonjo-Iweala is a blessing to African continent, who has incessantly served humanity to her best of knowledge, his word:

“As a two-time minister in Nigeria, you left indelible marks as an astute manager of the nation’s economy and resources. I am delighted that you have continued to place your substantial wealth of experience as a development economist at the service of many nations and international organisations to aid global growth and progress.“I have no doubt in my mind that you will excel in the new assignment,”

On his part, the governor of Delta State, Sen Dr. Ifeanyi  Okowa, Delta State extols the ex-minister, noting that, her appointment is a pride to the people of Delta and Nigeria at large: “Is a testament to her competence and experience as a renowned economist and international development expert.

“On behalf of the Government and people of Delta State, I congratulate a worthy Ambassador of Delta State, Dr. Ngozi Okonjo-Iweala — on her appointment into South Africa’s Economic Advisory Council.

“Dr. Okonjo-Iweala’s appointment by  President Ramaphosa Cyril , is a testament to her competence and experience as a renowned economist and international development expert. As she continues on in this remarkable role, we wish her success in all her endeavors.”

Joining also in the congratulatory message is the Taraba State Governor, Darius Ishaku,

“I learnt with great excitement the appointment of Dr Ngozi Okonjo-Iweala into South Africa’s Economic Advisory Council. Her appointment by President Cyril Ramaphosa of South Africa is proof of her tireless efforts to making our world a better place with her wealth of experience gathered over the years. She’s indeed one of Nigeria’s best. Congratulations. DDI.

“I congratulate Dr.Ngozi Okonjo-Iweala who served as the co-ordinating minister for the economy/finance minister in my cabinet, on her appointment as a member of South Africa’s Presidential Economic Advisory Council,” Mr Ishaku said.

It could be recalled that the South African president, Cyril Ramaphosa, appointed Mrs Okonjo-Iweala as a member of his country’s presidential economic advisory council.

In a statement published on its website, the South African presidency said the council will “ensure greater coherence and consistency in the implementation of economic policy and ensure that government and society in general is better equipped to respond to changing economic circumstances”.