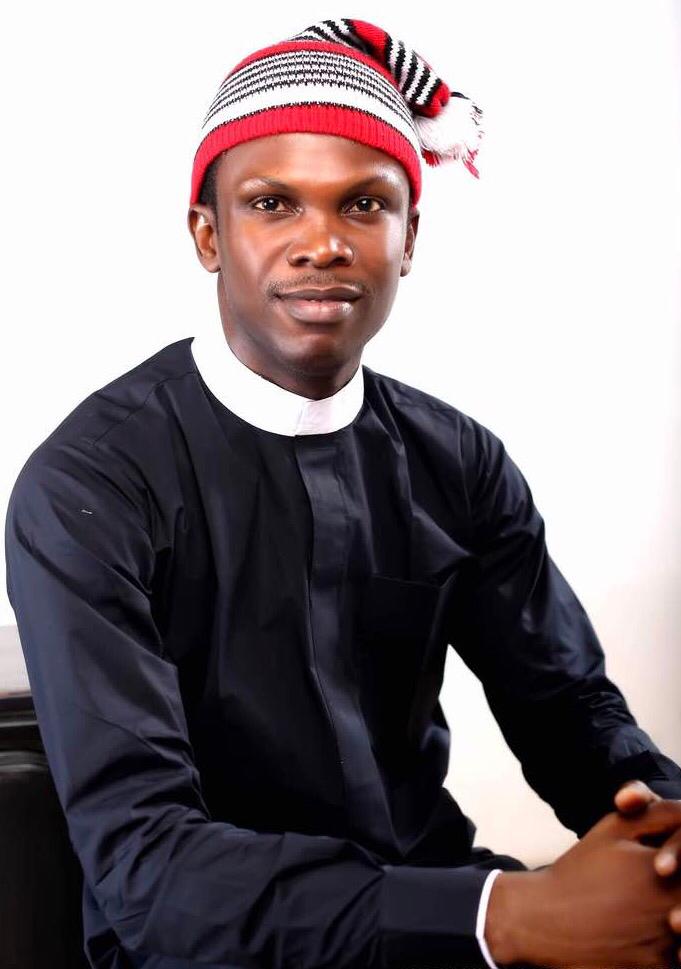 It is time for Nigerian youth to stand and join politics-Hon. Abadaba

by afrikanwatchngr@gmail.com
By Victor Mfon, August 9, 2019/Interview         Hon. Abadaba Arinze Ehidonye shares in the philosophy of Jawaharalal Nehru, who was a great and noble thinker that “success often comes to those who dare and act; it seldom goes to the timid minds who are ever afraid of consequences.” Marthin Luther Jr. in one of his... Read More

Hon. Abadaba Arinze Ehidonye shares in the philosophy of Jawaharalal Nehru, who was a great and noble thinker that “success often comes to those who dare and act; it seldom goes to the timid minds who are ever afraid of consequences.” Marthin Luther Jr. in one of his axioms attest that “history has thrust upon our generation, an indescribably importance destiny to complete a process of democratization which our nation has too long developed slowly, but which is our most powerful weapon for world respect and emulation. How we deal with crucial situations will determine our moral health as individuals, our cultural health as a region, our political health as a nation, and our prestige as a leader of the free world”. The above quote best describes Hon. Abadaba, the Managing Director of Abadaba Facilities & Support Services, who taste for excellence cannot be overemphasize.

Meanwhile, in search of worthy and reputable personalities in the society who have influenced our world positively, our path crossed with Hon. Abadaba, the United Progressive Party (UPP) candidate, Lagos House of Assembly, representing Oshodi-Isolo constituency at the last election, 2019. He shares with us deep principles that have made him so successful in life. Enjoy the excerpt;

Tell us about yourself

I am Abadaba Arinze Ehidonye, the Managing direction of Abadaba Facilities & Support Services, financial institution that gives loan to business owners. We have done couple of projects especially in the media industry. In 2017, the company was able to successfully produce a movie titled “The Choice” which was premiered in Owerri. It’s a movie that was done out of passion, telling our story to encourage others.  However, I contested at the last general election under a political party, United Progressive Party (UPP) for Oshodi Isolo constituency 2. I am a social worker too, because I believe in what we can do to make a better place as we live. I am a progressive but a bit conservative. I belong to the right political party that uphold fundamental human rights.

I started my primary education at Igbariam Street primary school, then later went to God’s provide Secondary School where I obtained my SSCE certification. Later got admission into the University of Nigeria to study Urban & Regional Planning, but changed it to Business Management. Finally, graduated in 2009 and served in Niger State, 2011. I am currently running a programme at the Lagos business School.

Politics is something that gives me joy. I discovered that right from my University days. I like to make great impact wherever I found myself, which is achievable- if one believes himself and participate in leadership position.  Because I am a community developer, I can’t sit back but participate actively in politics. Though, to succeed in politics, one must have the financial capacity because, if one fails in this, there is the possibility of fallout. For instance, While still on campus, financial challenges couldn’t let me play politics the way I wanted. In fact, most of my friends were apolitical. So, that did not really give me courage to do what I wanted to do. At a point I bought student’s senate form to contest but was dropped at screening stage because of nonpayment of school fee on time.

I missed playing politics in my University level and it keeps hurting my heart now. Then going into Nigerian politics, I discovered it requires a lot of resources and one needs to have some mentors for back up. But in my own case, I realized I don’t have godfathers in the system. So, I have to start somewhere. However, in line with what I love to do, which is creating positive impact in the community I found myself; it becomes necessary for me to get involved squarely. In my research about most active politicians, I discovered that majority of them do not have anything to offer the masses or people they represent. Most of them devout their time to attend meetings, programmes but no time to bring about innovation. It is about the popular slogan “share the money”. They get the resources and share it amongst themselves and political friends. They don’t care about the future and the interest of the people they represent.

What inspired you to contest in the league?

I am from Imo State, but based in Isolo, Lagos. I looked at my area, Oshodi community and discovered that the economic activities, infrastructural amenities etc can be improved upon. In order to achieve this, I have to get involved, though, I saw frustration and disappointment on the faces of the people, so I have do something by presenting myself.  . For me, getting into politics is one of the best decisions I have taken in my life.  There is every possibility to wipe out the wrong. Even the electorates (masses), all they are asking for is good leadership.

They are ready to follow this revolution to a changed and better society. But what they are not seeing among these party candidates are visionary leaders who are ready to serve the people. So, it has been a nice experience for me and of course the party has its own challenges especially being a new one unlike the major parties.  We need leaders with great vision that will alleviate poverty and create better welfare for our people

Changes you would love to effect if in power

Going for a legislative post, the primary duty of a legislator is to make laws, then ensure the laws are been respected. Everything about life is leadership. And when you demonstrate leadership, people can key in. even though you are a legislator, when you show exemplary leadership and try to let the people understand their power to determine what happens to their society. Once that is done, a whole lot will be achieved. My dream is to reconnect Oshodi-Isolo to prosper through accessible road network to improve economic, social and religious activities.

The traffic experienced in Oshodi constituency I, has affected our businesses and even pose health challenge. It seems as though nothing can be done, but I tell you, a lot can be done about it because it is human creation. For instance, the whole Oshodi access roads are not tarred. Now, what happens is that everyone tries to come out to the major road, this has caused traffic. However, some of those major junctions like Kpako in Mass burial Road, Ago palace roundabout and the one in Jakande Gate; flyover bridges can be introduced there, that will ease traffic while the inner roads should be fixed.

My focus will also be in education. Education is very important for development of any community. When the people are educated, it makes leadership simple and more effective. The people will now know when a leader is trying to fool them through ethnicity and religion.

Another important area I will focus on is to rejuvenate our health care centres via public private partnership (PPP). I will make the people have access to qualitative, prompt and cost effective healthcare delivery for the vulnerable women, children and the elderly. The above will be achieved through reaching out to the companies operating around Oshodi-Isolo to perform their corporate social responsibility. As member of the house of representative, no company will shoot their doors at me.

Sport is another area I will like to improve upon. I have noticed that all the open spaces meant for residential purpose has been illegally converted into commercial use. What that means is that, the youths in the area are depraved a place to develop their God giving talents. We have seen a lot of world champions made from sport. So, to create that enabling environment for talent to grow among our youths by sitting recreational centres across the constituency. This will be achieved by buying some buildings that are built in such strategic places and demolish them for sport centres. Sport brings about social integration and unity in a particular place. More so, when the youths are engaged in sports, it would help reduce social vices in the community because idleness is a tool for social vices.

Another area of focus would be to sensitize and encourage the youth and general public to participate actively in politics and to understand their right in the society.

To the youths, there is a saying that power is not given but taken and our destiny is in our hands. I encourage the youths to read a lot to be knowledgeable, because you can’t give what you don’t have.  They should not fold their arms and sit back to complain about older ones in power, make effort to join politics .

My philosophy of life is simple, live and let live. The second one is that you must learn through a process to become great.