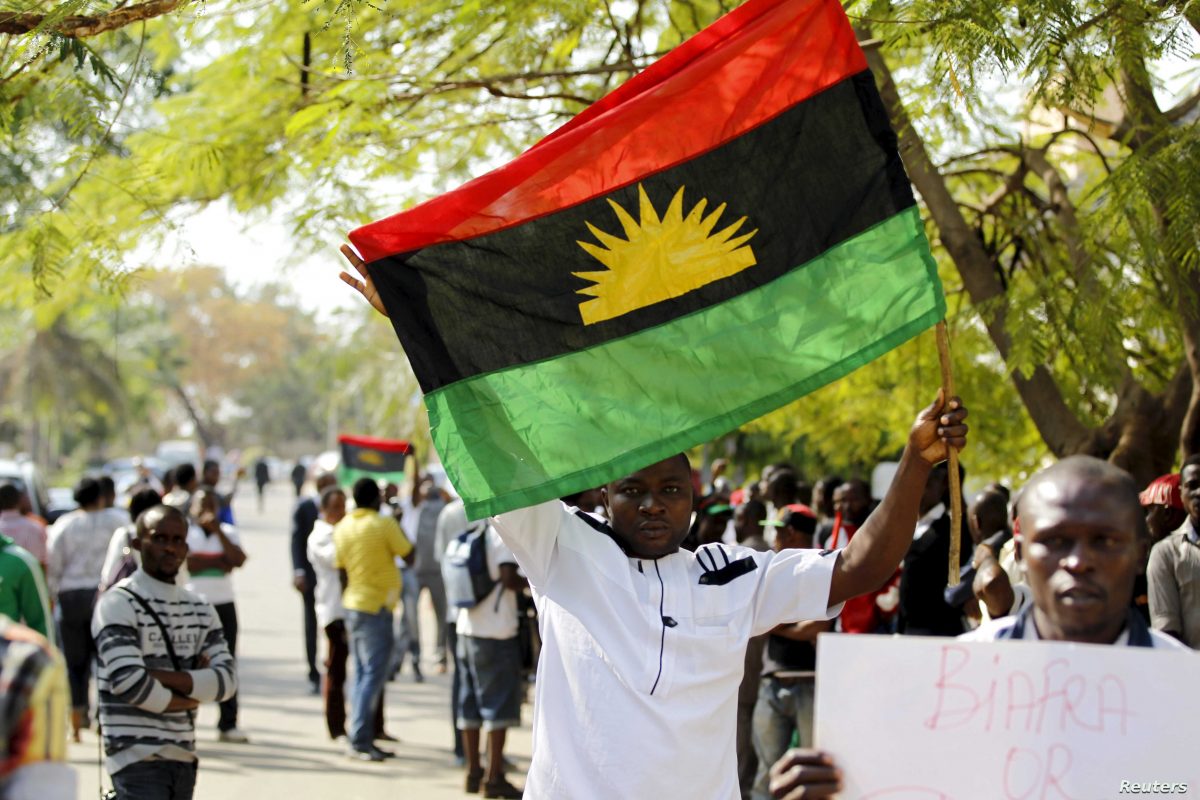 by afrikanwatchngr@gmail.com
-April 13, 2021, News/Comments The outlaw Indigenous People of Biafra, (IPOB) has reacted to the recent proposed regional security outfit called EBUBEAGU by the Eastern State governors, led by Engr. Dave Umahi, governor of Ebonyi State, as way to curb the insecurity challenges confronting the zone. IPOB in a statement today made mockery of the... Read More

Yabatech to initiate a policy on sexual harassment and others, as it prepares to unveil art museum

The outlaw Indigenous People of Biafra, (IPOB) has reacted to the recent proposed regional security outfit called EBUBEAGU by the Eastern State governors, led by Engr. Dave Umahi, governor of Ebonyi State, as way to curb the insecurity challenges confronting the zone. IPOB in a statement today made mockery of the governors, noting that the governors have no shame of acting under undue influence, and thereby warmed that, as long as they are not against the self-inflicted and no ideological security outfit, they must not spy on their own strategy to protect innocent citizens of Biafraland, stressing that the governors are lacking in idea and have no proper arrangement in establishing security outfit. The statement reads:

.” How can you launch a security outfit without first assembling the personnel and equipping them? “When Amotekun was formed it was not abstract, the personnel and their equipment were handy. When our leader floated the gallant Eastern Security Network, ESN, the men were on ground. “How then did South East Governors announce a security outfit without any personnel or were they under any pressure to hurriedly make the announcement after years of foot-dragging and deceit?”

“However, whether or not they were under any influence, we want to remind them that there is no need for them to form another security outfit in our land since we have our formidable ESN. “They woke up from their slumber rather too late. We have gone beyond that stage unless they are on a mission to sabotage ESN. Any other security outfit formed in South East will crash because ESN is already on ground and living up to expectations. ESN was floated based on the clamour by our people, and they have since thrown their support behind the outfit. Forming another regional security outfit is suspicious, and a needless waste. The governors failed our people when they needed their protection. It’s already late! “Biafrans will not be deceived by this purported EBUBEAGU security outfit which is a huge joke. South East governors set up the outfit probably to fulfill all righteousness or to spy on ESN to curry favour from their Fulani slavemasters.” 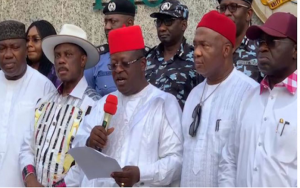 “We therefore, warn our youths to have nothing to do with the so-called Ebubeagu security outfit which was ostensibly formed to sabotage IPOB and ESN. “Anyone who neglects this warning and thinks he can hide under the cloak of EBUBEAGU to spy on ESN should be prepared to join his ancestors. “The protection of all Biafrans is our priority and we are prepared to sacrifice anything to achieve this”.

It could recalled that last week, South-east governors convened in Owerri, Imo State Capital to brainstorm on the modalities of establishing of a regional security outfit, ‘Ebube Agu, which according to them was to combat the security challenges facing the zone. The governors’ final reached a decision to have the headquarters of the outfit in Enugu State.

Present your Covid-19 testing card before entering our Country-Mauritian government insist, extends lockdown
Previous Post
Ramadan is a time to return to God in fervent prayers against Nigeria’s woe-Govr.Inuwa