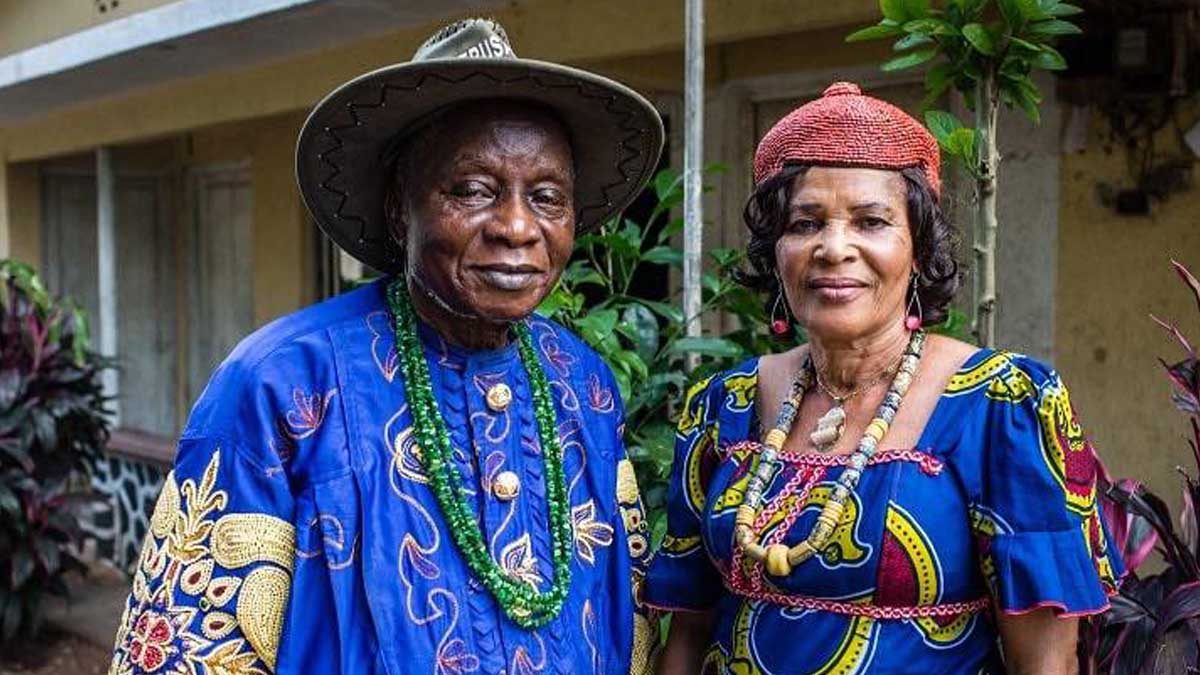 ABIA-The indigenous People of Biafra (IPOB) and Ohanaeze Youths Council will today join Nnamdi Kanu’s family to bury their parents, Eze Israel Kanu and his wife, Sally, who died last year, but are sad that the Nigerian Security agencies, the police, army have already created tension and pandemonium, thereby making the burial look like a war zone, as they consider the act provocative and insulting to Igbo traditional and custom.

Recall that the commissioner of Police, Abia state, Mr. Ene Okon had earlier warned IPOB members to stay clear of the funeral, reiterating that the police would deal decisively with any of them if they display Biafra’s flag and any other.  The CP in his meeting with the elders of Afaraukwu communities during the week in Umuahia, Abia State assured them that the force presence is to curtail any unforeseen situation, law and order. His words: “I invited the elders of the Afaraukwu communities to tell you how prepared we are for the burial of the deceased monarch and his wife. “I’m sure that the community selected February 14 as the burial date for the King and his queen to indicate the love they have for each other and I commend you for that”

Continuing, the CP noted “I want to assure that we are prepared to provide security during the burial of the monarch and beyond; but the police would not fold its arms and watch any group truncate the peace of Afaraukwu and Abia State in the name of IPOB, which is a proscribed organisation.” He added.

On his part, Prince Emmanuel Kanu, younger brother of Nnamdi Kanu, who is the spokesperson of the family said that the family wants a peaceful burial, therefore, need no state police arrangement- by drafting various security forces in the community. However, it was gathered that the Commissioner of Police have concluded plan to send contingent of three police mobile unit to the community, while some time now, the  military have been patrolling Afaraukwu for days to ensure no security bridge.

In another vein, Afrikanwatch gathered that IPOB had earlier installed the Close Circuit Television (CCTV) in Isiama-Afaraukwu community to capture any police brutality and any other unlawful act, but Mr. Okon had insisted that they do not have the right to do so, and must not been seen in the burial arena and ordered that the CCTV mounted at the various strategic government property by suspected IPOB members must be removed.

Meanwhile, in his reaction to the tension, the President General of Afaraukwu community, Chief Ikechukwu Ndubueze, condemned the unnecessary tension the burial has generated and advised all sundry to maintain peace.