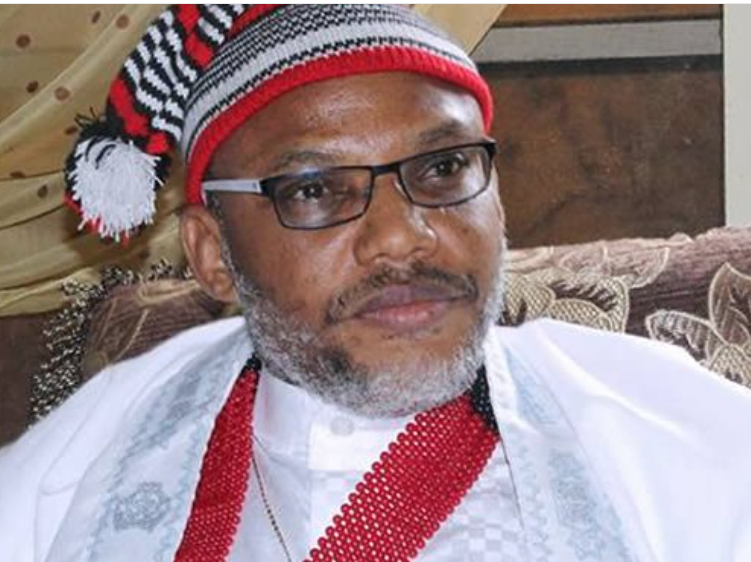 by afrikanwatchngr@gmail.com
The Court of Appeal, in Abuja, ordered that the enforcement of the judgment releasing the IPOB leader, Nnamdi Kanu, be put on hold. -News/Comments, October 29, 2022 ABUJA-The Court of Appeal in Abuja on Friday halted the execution of its judgement which freed Nnamdi Kanu, leader of the proscribed Indigenous People of Biafra (IPOB), of... Read More

Breaking: Reps debate on the release of El-Zakzaky, advises Buhari to act fast

The Court of Appeal, in Abuja, ordered that the enforcement of the judgment releasing the IPOB leader, Nnamdi Kanu, be put on hold.

ABUJA-The Court of Appeal in Abuja on Friday halted the execution of its judgement which freed Nnamdi Kanu, leader of the proscribed Indigenous People of Biafra (IPOB), of terrorism charges.

A three-member panel of the Court of Appeal had faulted the Nigerian government’s forcible repatriation of Mr Kanu from Kenya to Nigeria last year June to face terrorism charges over the IPOB leader’s separatist campaigns.

Oludotun Adefope-Okojie who led the appellate court’s panel had on 13 October held that the federal government broke local and international laws by forcibly re-arresting and returning Mr Kanu to Nigeria.

But in a ruling on Friday, Haruna Tsanami leading a panel of the Court of Appeal, in Abuja, ordered that the enforcement of the judgment releasing Mr Kanu be put on hold.

The federal government had applied that the execution of the judgment is suspended pending the resolution of its appeal filed at the Supreme Court.

Mr Tsanami in the ruling held that the counter-affidavit filed against the government application by Mr Kanu’s legal team led by Mike Ozekhome was misleading.

PREMIUM TIMES eported that the court earlier rejected the federal government’s request for adjournment of the hearing of the application to halt Mr Kanu’s release from detention after striking out a seven-count charge pending before Binta Nyako of the Federal High Court in Abuja. In his submission, the federal government’s lawyer, David Kaswe, argued that the application for a stay of execution of the judgement was based on national security. “If Kanu is released, he may not be available to face his charges in court because he had already jumped bail before.

Releasing him will increase the state of insecurity in the South-east,” Mr Kaswe contended”

But in his response, Mr Kanu’s lead lawyer, Mr Ozekhome, a Senior Advocate of Nigeria (SAN), said the federal government’s stay of execution application was a ploy to overrule the judgment of the appellate court.

“My lords should not allow them because it will cause chaos and anarchy. The release of Kanu will bring peace to the South-east, so there is no need to stay execution where there is no valid appeal,” Mr Ozekhome said.

On the issue that Mr Kanu had earlier jumped bail, Mr Ozekhome argued that the IPOB leader did not jump bail but escaped for his life when his home in Abia State, South-east Nigeria, was invaded by federal troops.

Mr Ozekhome also predicated his objection on the grounds that Mr Kanu had a terminal illness and needed comprehensive medical attention outside of the State Security Service (SSS) custody.

The senior lawyer asked the court to dismiss the application for a stay of execution saying that he would not ask for cost.