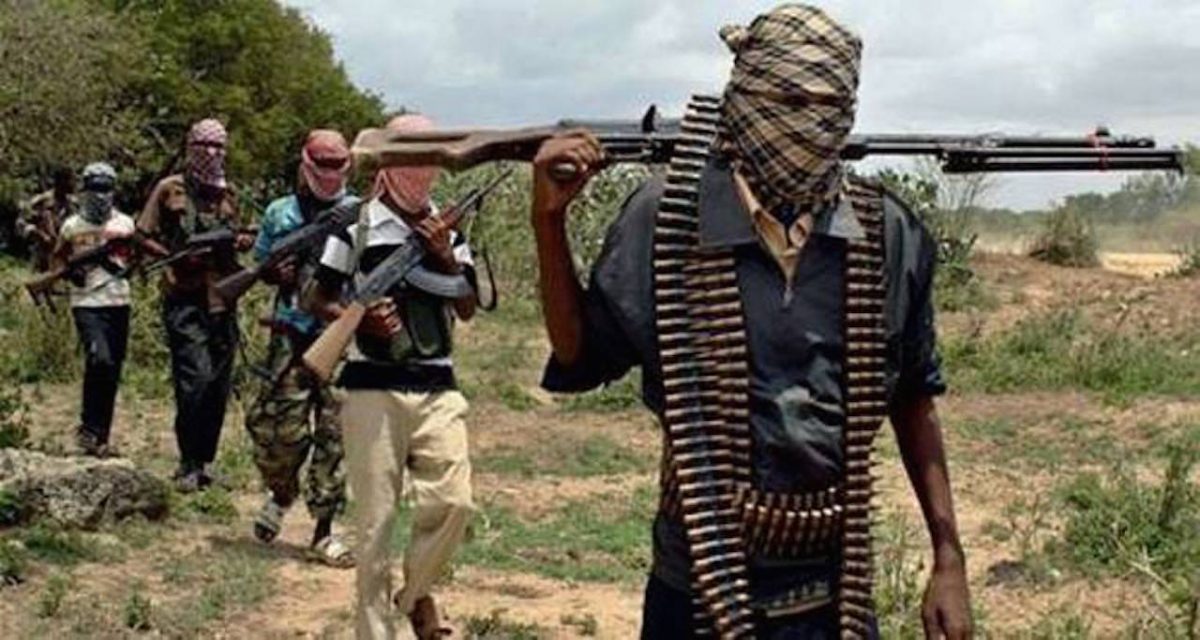 by afrikanwatchngr@gmail.com
By Gbenga Ojo, News/Comments, April 1, 2021 ABUJA-Reacting to the matching order issued by President Muhammadu Buhari to Service Chiefs to go after sponsors of terrorism, banditry, killer herdsmen and kidnappers is Senator Enyinnaya Abaribe, Senate Minority Leader, who has continued to play the role of an opposition. However, the matching order has continued to... Read More

ABUJA-Reacting to the matching order issued by President Muhammadu Buhari to Service Chiefs to go after sponsors of terrorism, banditry, killer herdsmen and kidnappers is Senator Enyinnaya Abaribe, Senate Minority Leader, who has continued to play the role of an opposition.

However, the matching order has continued to draw public comments as some viewed it to be usual statement, others see it as an incessant efforts by Mr. President to curb the insecurity challenges confronting the country. On his own, Sen. Abaribe sees it as a mere statement and tactics Mr. President uses to deceive Nigerians. Citing that no nation survives in an isolation but in synergy across board, as he also went further to doubt if security chiefs even take Mr. President’s order seriously. 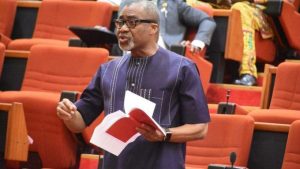 Senator Abaribe made this assertion on Channels Television during a programme tagged Politics today yesterday where he also noted that the level at which South East has been marginalized shows the level of hatred for the region, reiterating that Nigeria belongs to all. The Senator however stated that the way Buhari is running Nigeria has made people to lose hope and never take him as a serious leader.

“Why would we take him (President Muhammadu Buhari) seriously? Just the day after he had said we would no longer accept all these kidnappings, this would be the last, they kidnapped the last day. “And those people are still there; those innocent Nigerians are still in captivity up till now. He always makes a statement. Every time these things happen, nothing happens. So it is obvious nobody takes him seriously with that. Even the military chiefs, I don’t think they bother themselves. This is about the umpteenth time that we are hearing the President giving a marching order. Throughout the Buratai time as the Chief of Army Staff, he was always giving marching orders so he has given just another one.” He noted.

Meanwhile, Channels TV has reported that Nigeria as a country has been battling terrorism for more than a decade, a situation that has led to the death of 36,000 people and the displacement of hundreds of thousands in the northeast. “The Islamic State of West African Province (ISWAP) split from the jihadist group Boko Haram in 2016 and has since become a dominant threat in Nigeria, attacking troops and bases while killing and kidnapping passengers at bogus checkpoints. On March 1, jihadist fighters burnt down a United Nations humanitarian compound in the town of Dikwa after dislodging troops, killing six civilians. Nigeria’s jihadist violence has spread to neighbouring Chad, Cameroon, and Niger, prompting a regional military coalition to fight the insurgents”.