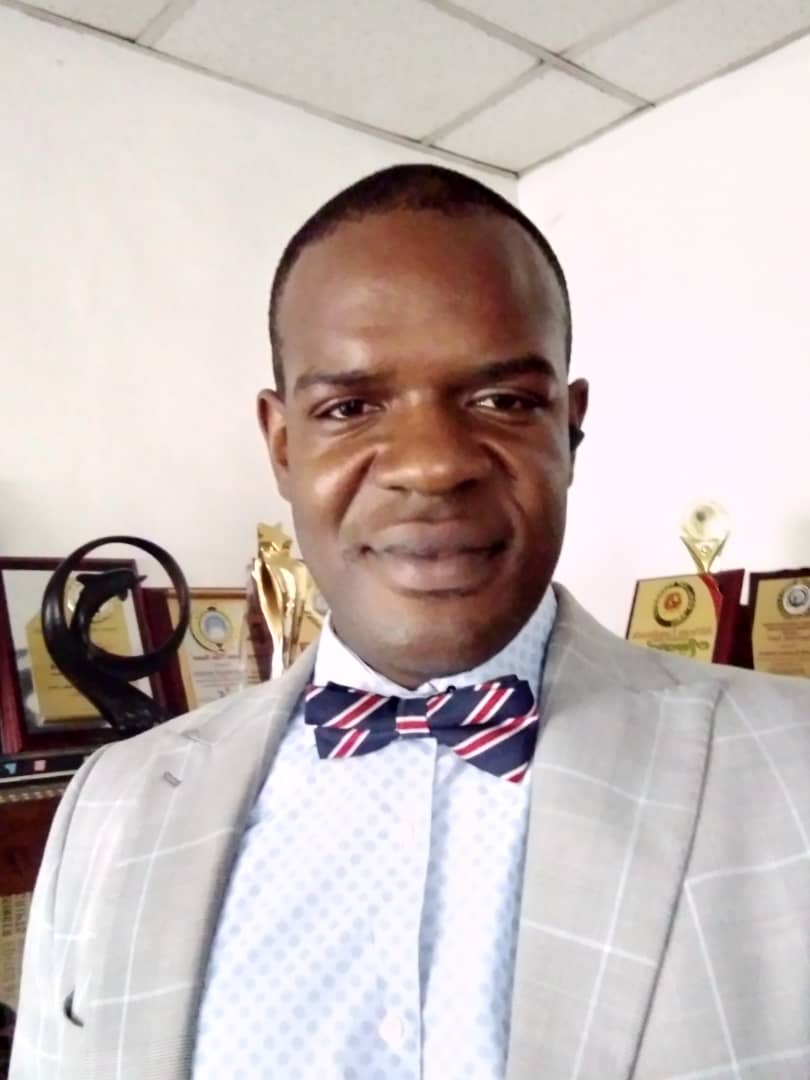 by afrikanwatchngr@gmail.com
A Medical Doctor, turned Security Expert, Island Anyasi, who is a Chief Executive Officer, Sheriff Deputies limited, has advocated that, there is the need for the Nigerian Railway Corporation to align itself more with technology as practiced in developed countries, as a way of curbing insecurity. He stated this in an interview with Afrikanwatch Network... Read More

A Medical Doctor, turned Security Expert, Island Anyasi, who is a Chief Executive Officer, Sheriff Deputies limited, has advocated that, there is the need for the Nigerian Railway Corporation to align itself more with technology as practiced in developed countries, as a way of curbing insecurity. He stated this in an interview with Afrikanwatch Network during the week at his office, Gbagada, Lagos where he also stressed that ex-servicemen, who are now working in various private security outfits should be allowed to bear firearms, as it will go along way in curbing insecurity. Dr. Anyasi also wants INEC to partner private security companies in the general election. Chidera Eke Faith reports.

Should NRC shutdown operations because of the Attack in Edo State,

Yes, but, there are certain technicalities that differentiate the Edo and Abuja/Kaduna attack. In  Edo state, a railway station , Igueben, was attack, not just the railway line. Meaning the train was not on transit, as passengers wait to board. Like the Abuja/Kaduna incident when the train was already on transit, got derailed with explosive devices, which made the train to stop before the bandits struck successfully. So, we can admit that they were isolated and ambushed. Since then, one would have expected that the Nigerian Railway Corporation (NRC) should have put drastic security measures in place, viable in the all the stations. 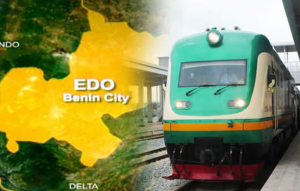 From what I got, the suspected Kidnappers or bandits, came to the railway station, shot sporadically, wounded innocent passengers awaiting to board the train and kidnapped many of them freely at the train station. Well, I will join other security experts to advocate for the shutting down of all railway stations, and even overhaul the system till better security measures are put in place,  even as we admit that the Federal Government has done so well by investing in the railway system but insecurity is crippling the efforts, a huge loss to the economy.

I strongly believe that harsh economic situation always bridge insecurity, however, insecurity will not allow economy to strive, therefore, a systematic approach in solving insecurity is the answer. Certain measures can be put in place to secure the rail stations better; increase security presence, increase security measures at the stations, bushes should be levelled and must not be allowed to grow beyond certain level, so that there will be visibility over a long distance, watch towers should erected at intervals along railway lines  with  communications gadgets, to ensure that the monitoring of the entire railway length is more detailed, and  people can see long distance regardless of how far the train may be, there should  be censors , and camera along the tracks to monitor constantly suspicious activities around  railway.

It is also vital for government to admit its inefficiency, because one would have thought by now after the Abuja/Kaduna railway attack, where most of the captives spent more than 90 days in the hands of their abductors; lessons would have been learnt. However, It is my view that Federal Government should bring in technology, and information gathering unit-surveillance, to assist security agencies as they search for the victims and the kidnappers of Edo railway line attack.  But the irony of it all is, that while we claim, it is bandits that attacked the train, no group has claimed responsibility. Government should provide manpower,  create economic stability, and  providing jobs, which will be a veritable way of addressing economic issues and insecurity.

INEC Worry over Insecurity , as it sensed postponement

INEC cannot postpone or shift election for insecurity reasons. Nigerians are ready for  ballot despite insecurity. They are desperately willing and ready to dodge bullets. Insecurity in some parts of Africa is a tradition, but measures are what is obtainable.

Now,  if INEC postpones election, is it going to be indefinite because no definite time can upset or curb insecurity  in Nigeria. It is a nationwide phenomena. I don’t want to believe that some elements want to use insecurity to stop INEC, no. Nigerians are ready. Why it that,  only few days ago that NLC, TUC , for the first time made a statement in favour of Labour Party publicly while boasting of 12million votes  to be mobilise for Mr. Peter Obi and the following day, INEC came out with a story of postponement. Military men, Police, others are willing to confront any agent of trouble.

Pick any area and count the number of  Police stations/officers  who are there physically,  or temporarily by patrol and compare the number of private security guards in that area. You  might arrive at a ratio of 1-10 or more. I am comparing directly with the police because some sources has said that the numbers of police personals nation wide are up to four hundred thousand  even as the chairman,  Association of Licenced Private Security Practitioners  of Nigeria. Mr. Chris Adigwe had put  a figure of 4 million private personnel and over 1,500 of Registered private security companies- that is an established facts but the figures are yet to be confirmed but definitely they are more private security guards.

Should the private security sector been given armed?

Yes, but should be legislated and this will improve  security arrangement .They can protect high valued properties, high valued assets,  free up mobile forces, I mean, army and police personals doing VIP guard duties and relief  them from more apprehension  of violence criminals, which seems to be on the increase . So let the police force focus on more violent crimes and the private security focus on guards duties, and informaton gatherings .

But we have different qualities of guards, where we have DSS personals, Military personals, the Navy, Army and Air force who are always willing to serve the nation even after they have retired. They can comfortably fit the group who can bear arms, because they have been bearing arms and can continue to bear arms, as long they are in the system. Either, we externally round up the numbers of our security forces or we look at this direction and empower the private security guards industry to be able to give more value to Nigeria as a whole. And ,I believe that a mix of both approaches will get us better results.

We have made it very clear that we are open for discussion, especially this period. We have been coming out in the media stating our strength and stating our availability for partnership  but until we are approach by INEC , and if INEC sees the need because we see the elections as a election for all,  we will gladly advice and contribute in anyway during the election.

2023: Out of 93.5m eligible voters, 48m are youths, as INEC warn staff of any compromise
Previous Post
Vote For Credible Candidates, as Nigeria Is In A Critical State-CMSN