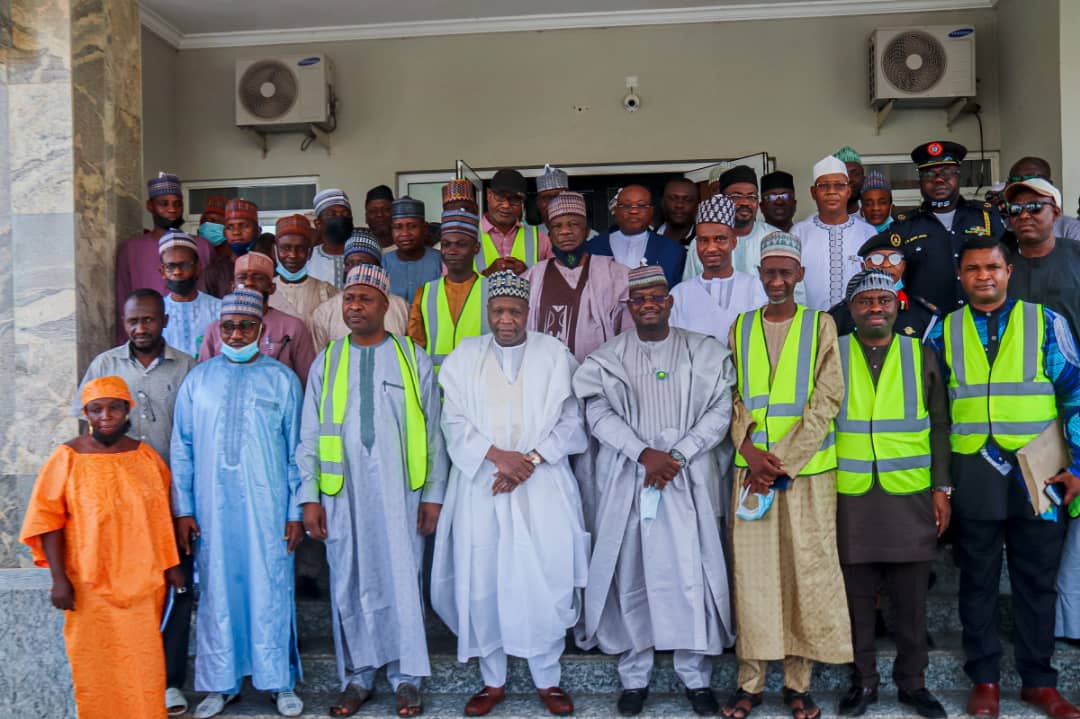 Inflammable depots:Gombe State Will Work with NASS to Ensure Safety of Lives, and Properties of Citizenry

by afrikanwatchngr@gmail.com
By Ismaila Uba Misilli, April 20, 2021, News/Comments Gombe state Governor, Alhaji Muhammadu Inuwa Yahaya has advocated for the building of Institutions across the country rather than many needless confrontations that has done the country no good, stressing further that with such, enforcement of law and orders will be effective. Inuwa disclosed this while receiving members... Read More

Christmas Sermon: Pres. Buhari has aborted the dream of Nigerians to his Northern agenda- Bishop Kukah

Gombe state Governor, Alhaji Muhammadu Inuwa Yahaya has advocated for the building of Institutions across the country rather than many needless confrontations that has done the country no good, stressing further that with such, enforcement of law and orders will be effective. Inuwa disclosed this while receiving members of the House of Representatives Ad-hoc committee on Tank Farms Relocation and Gas/Filling Stations Compliance led by its Chairman, Hon. Ibrahim Mustapha Aliyu. The Governor regretted how people abandoned their responsibilities and allow lack of planning to take precedence through the citing of highly inflammable depots within neighbourhoods despite its maximum risk to lives and property. 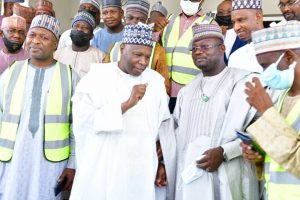 “The need for us to comply with development planning and control is key, whatever this committee will do I think emphasis has to be made in adopting the concept of layouts instead of carve out” He told the Reps members that development control currently being championed by his administration will not allow the flagrant abuse of or citing of tank farms or any other establishment that could be injurious to the survival of the people and their property.

Governor Inuwa however reiterated however that the establishment of the Gombe State Geographic Information System (GOGIS) and the restructuring of the Urban Development Board into an Authority were done to entrench development control and compliance in the interest of the people of the State. He added that as a reformatory Government, the issuance of Order no 4 was another proactive step taken by his administration to ensure compliance in the area of urban centre demarcation, observing that the LPG depots that sprang up in Gombe metropolis are sandwiched between houses or business areas making them a danger to lives and properties as can be seen in other states across the country where inferno resulting from tanks farms and LPG depots led to loss of many lives and property.

He noted that successive governments placed emphasis on carve out instead of layout, a situation the Governor said is not only dangerous to the tenets of development but also infringes on the rights of way and those of the people which often lead to conflicts. Blaming the insecurity bedeviling on lack of proper planning and control, saying the encroachment of cattle routes to felling off of grazing and forests reserves as factors responsible for farmers/ herders conflicts degenerating into banditry, kidnapping and cattle rustling.

“So this committee is very important and we welcome you to Gombe because you found us on our reformatory kits, we are embarking on these reforms because we believe that is the key for a sustainable development and the key for peaceful coexistence within our people in the state and within the country”.

Governor Inuwa hinted, his administration has no option than to right the wrongs of distorted development plan in the State which is the hallmark of any responsible and responsive government, adding that the State will collaborate and cooperate with the committee towards adoption and subsequent implementation of its report.

Earlier, the Chairman, House of Representatives Ad-hoc Committee on Tank Farms Relocation, Hon. Ibrahim Mustapha Aliyu said the 38 member committee was set up by the House following complaints by Nigerians that the indiscriminate setting up of highly inflammable depots is posing danger to the lives and property of the people.

He said the committee has been mandated to investigate the compliance level of these facilities in relation to the Department of Petroleum Resources (DPR) guidelines and the Nigerian National Petroleum Corporation (NNPC) right of way in some pilot states in which Gombe is one. Hon. Ibrahim Aliyu thanked the Gombe State Government for the hospitality accorded to his committee and praised Governor Muhammadu Inuwa Yahaya for the uncommon transformation of the State through his road network eleven hundred project, the Gombe Goes Green and massive control of monstrous gullies within and outside the State capital among others.