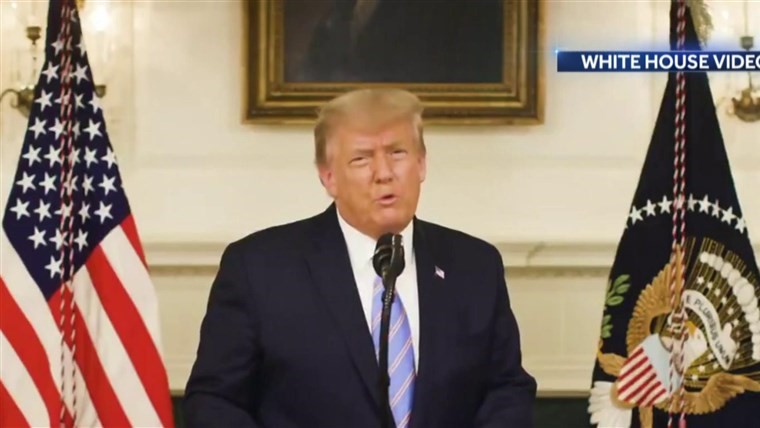 Impeachment plot against Trump: Democrats push harder, as Republicans say, it may be impracticable

by afrikanwatchngr@gmail.com
By Mark C. Orgu, News/Comments, January 9, 2021   US-With an attempted desecration of the United States congress on Wednesday by the Pro-Trump’s supporters that left five persons dead, including a police officer in Capitol hill when the outgoing Vice President Mike Pence certified  and affirmed  the victory of President-Elect, Joe Biden. The invasion has... Read More

US-With an attempted desecration of the United States congress on Wednesday by the Pro-Trump’s supporters that left five persons dead, including a police officer in Capitol hill when the outgoing Vice President Mike Pence certified  and affirmed  the victory of President-Elect, Joe Biden. The invasion has drew wide condemnations by world leaders as President Trump denied inciting his supporters for the invasion. To this point, he has called for reconciliation among parties and promised to orderly transmit power peacefully to Biden but would not attend. However, Biden has welcomed the outgoing President’s decision, stating that, it is a matter of choice.

Meanwhile CNN has reported the previous day that Democratic leaders in Congress have intensified efforts to commence impeachment process against Trump on the allegation of his role on Wednesday’s invasion, threating a greater plot – if Trump fails to honourably resign.  This was according to the House Speaker, Nancy Pelosi who has had a long battle with Trump’s administration. 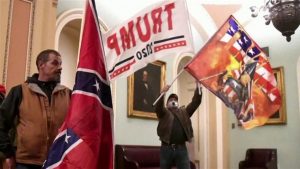 Pelosi also hinted that she had had a short conversation with the Joint Chiefs of Staff Chairman Mark Milley on Friday morning about preventing Trump from a possible launch of a nuclear strike “The situation of this unhinged president could not be more dangerous, and we must do everything that we can to protect the American people from his unbalanced assault on our country and our democracy,” she wrote.

According to NBC, the memo lays out a timeline for a potential impeachment trial, and states that without a unanimous consent agreement from all 100 Senators to bring the Senate back from recess on the next 10 days, the soonest the Senate could receive articles of impeachment from the House would be on January 19th. This memo essentially states that if Democrats want to impeach President Trump, it will take up floor time during the first moments of Joe Biden’s presidency, and a Democratic Congress. A source familiar said that Republican Leader McConnell and Democratic Leader Schumer were briefed by the Senate parliamentarian on Friday night.

Post-US-election: World leaders caution Trump over supporter’s violence role at Capitol, say, it is a disgrace
Previous Post
The demise of Ohwovoriole, SAN is a great loss to the Urhobo Nation-DSP, Omo-Agege