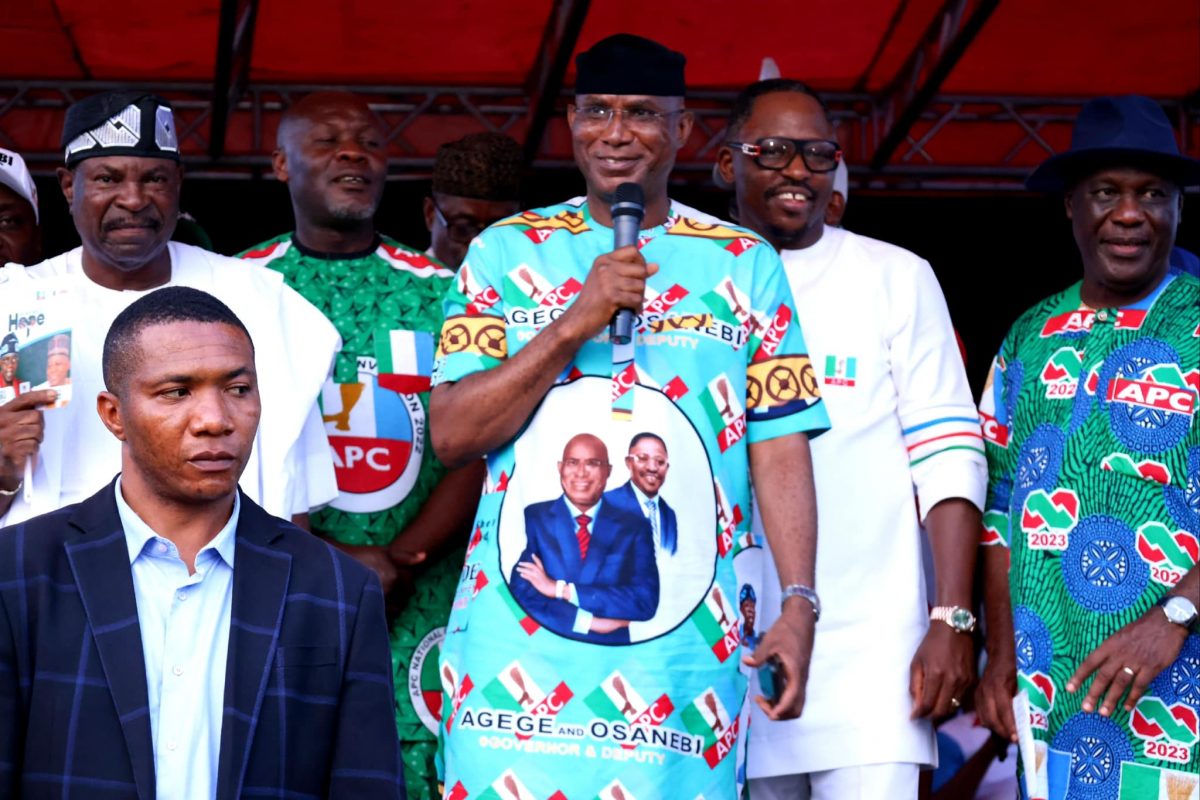 by afrikanwatchngr@gmail.com
By Mark Orgu, News/Comments, December 2, 2022 DELTA-The Deputy Senate President, and Delta State All Progressives Congress, APC, Governorship Candidate, Senator Ovie Omo-Agege, has condemned advance fee fraud, aka 419, among some youths in the state, stressing that, if elected as governor, he will create conducive atmosphere that will discourage criminality but innovation. He spoke... Read More

DELTA-The Deputy Senate President, and Delta State All Progressives Congress, APC, Governorship Candidate, Senator Ovie Omo-Agege, has condemned advance fee fraud, aka 419, among some youths in the state, stressing that, if elected as governor, he will create conducive atmosphere that will discourage criminality but innovation. He spoke at a campaign rally at Owa-Ekei, in Ika North East local government area  of the State, even as he debunked sponsored news reports that he had said he would “work with ‘yahoo’ boys, “when elected governor of the state. The Delta born politician hinted further that no one is happy with the high rate of unemployment of youths in the state.

“What we said was that we will set up a tech hub in Delta State that will be funded by the State government to harness the creative ingenuity of our youths for entrepreneurship and revenue generation for the State, while creating employment opportunities for those youths,” 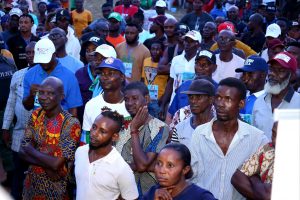 Omo-Agege also dismissed the rumour that he would abandon projects, if any, in Ika North, that were being executed by Okowa: “we will be fair, equitable and just to all. Whatever is due to the Owa nation they will get from my administration. So fear not.” He added.

On his part, Hon Samuel Elene Kerri, Chairman of the APC in Ika North East, while welcoming the party’s campaign train to the community, assured Omo-Agege that he will be happy with results that will come from the 14 wards of the local government area at the 2023 elections.

“The crowd that came to welcome you is an indication that APC has come to stay in Governor Ifeanyi Okowa’s local government area. We collectively voted for somebody we thought is our brother. They told us that the seat of the governor was like an elephant that could feed everybody satisfactorily. But  with Okowa as governor, the worth of the office of governor has been reduced to the value of a cricket.

“Your Excellency, please remember us when you become the governor of Delta State because the man we thought will represent us betrayed us. He did not only betray the South-South and the whole of southern Nigeria, he also betrayed his own people.  “We have found him to be a trickster and betrayer and so we have rejected him. Please, do not use the bad character of our brother, Okowa, to judge us. We have rejected him.”

The State party Chairman, Elder Omeni Sobotie, in his remarks said under Okowa, so many government parastatal and institutions in Delta State have died, including the PDP both in Delta State and at the national level. The campaign train also visited Ute-Okpu and Umunede where the people were urged to vote all candidates of the APC in the 2023 general elections. At Ute-Okpu, Senator Ovie Omo-Agege commissioned two Niger Delta Development Commission, NDDC, projects: the 2km Ute-Ukpu Road in Ika North East and  construction of Dunkwu Street and installation of solar lights in Idiegwu, Ute-Ukpu.