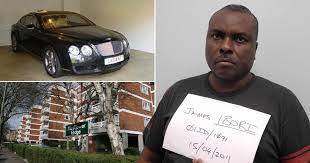 Ibori £.4.2M Loot: The British and a few cannot colonize us the 2nd time, Deltans deserve the %100 stolen funds-Commentary

by afrikanwatchngr@gmail.com
“But what marvels me most are these questions I cannot find answers to: What business does the UK have in deciding the kind of projects Nigerian government should embark with its loots from greedy politicians? Of whom interest are they protecting, Easterners or Northerners, or Westerners? Is UK aware that the stolen fund is the... Read More

“But what marvels me most are these questions I cannot find answers to: What business does the UK have in deciding the kind of projects Nigerian government should embark with its loots from greedy politicians? Of whom interest are they protecting, Easterners or Northerners, or Westerners? Is UK aware that the stolen fund is the general wealth of Deltans? Is UK also aware of the poverty rate and lack of industries and companies in Delta state, are they aware of lack of unemployment and high rate of crimes in the state?  Why should they be signing a memorandum of understanding of a portion of wealth that belongs a one part of the country”?

While it is very vital to state clearly that anyone against the efforts of President Muhammadu Buhari’s fight on corruption, may be doing so as a result of hate and lack of knowledge on the gluttonous looters of this country. This is because, the deep rooted corruption cases in Nigeria perpetuated by some of the country’s leaders in the past have crippled the development of our collective national efforts and inclusiveness. A dark omen we must all stand against.

Anyway, it is good that I join prominent Nigerians especially Deltans to give kudos to the Federal Government for pursuing logically the stolen wealth of Deltans by the Ex-Governor Jame Ibori, who taught the otherwise and went for the usual acclaimed foreign tourism (enjoyment) in our former Colonial master’s paradise, the United Kingdom but nemesis caught up with him . And then, on the 27 of February 2012, he was accused and charged of stealing US$250 million from the Nigerian public purse. The former Governor   pleaded guilty to the ten counts of money laundering and conspiracy at the Southward Crown Court, London. On Tuesday, April 17, 2012, Ibori was sentenced to 13 years by the Southwark Crown Court for his crimes, which he served the jail term and eventually returned to Nigeria in 2016.

However, the issue at hand now is the decision of Federal Government of Nigeria to take full responsibility of the yet to be returned loot funds without a penny to be credited to the Delta State government’s account. In fact, FG through its Attorney General and Minister of Justice,  Abubakar Malami ( SAN) , while speaking on Channels TV during the week had said that one of the purposes the recovered loot may not be given to the Delta State Government was the part of the conditions for the repatriation of the fund by the United Kingdom government. 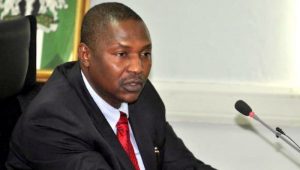 The Attorney went further to say that a   memorandum of Understanding was signed as part of the agreement for the looted fund to be used on capital projects,  which he categorically listed as, Kano-Abuja railway, Lagos-Ibadan expressway, and the second Niger Bridge while the rightful owner of the fund is left without a single project.

What manner of injustice is this? This cannot stand the taste of time, except prominent Deltans and the state government harden their hearts by playing the ostrich game.

But what marvels me most are these questions I cannot find answers to: What business does the UK have in deciding the kind of projects Nigerian government should embark with its loots from greedy politicians? Of whom interest are they protecting, Easterners or Northerners, or Westerners? Is UK aware that the stolen fund is the general wealth of Deltans? Is UK also aware of the poverty rate and lack of industries and companies in Delta state, are they aware of lack of unemployment and the high rate of crimes in the state?  Why should they be signing a memorandum of understanding of a portion of wealth that belongs a one part of the country? 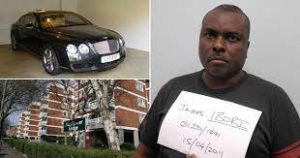 This is the height of evil colonialism they championed over sixty one years ago.  And I still cannot believe that the British who understands the principle of personal liberty, justice, fairness and equity and who also had cherished the idea of social justice for more than two hundred years, still came to Nigeria in the later part of the 19th Century simply to reinforce the danger of feudalism, and so extended domination against innocent Nigerian people.

Lord Lugard, who woke up one morning on January 1, 1914, took some cups of Lipton tea, and in the heat of the tea, he amalgamated Southern and Northern protectorate. What did we gain? , nepotism, born to rule, divide and rule, injustice, superiority and favoritism. Today, the British will not allow us to be independent and do things according to the structure of our dear country, Nigeria.

Well, the issue on ground is Delta state money not Federal government money. This is very clear to even a primary six school pupil that Chief James Onanefe Ibori connived with some persons to launder state money and not FG money and converted it to personal money. Yes, he was a governor from 1999-2007 and was highly celebrated majestically like the great Caesar of the Roman Empire of the old. Ibori was loved by many because of his capital projects and other infrastructural development in the State which his imposed Cousin, Dr. Emmanuel Oduaghan, who took over from him as governor could not sustain.  Dr. Oduaghan led government had outrightly denied that Delta state account was not looted but was in order. His government blindly attributed that the Odidigbodigbo  (Ibori) of Delta politics was the finest saint. I think by now, he should be arrested for lying to the citizens of Deltans, and Nigerians in general. Indeed, while Ibori was in power, he lived like the Lords but forgot the law of gravity.

Now, I am highly happy that a Senior Advocate of Nigeria, who is also a human rights activist, Femi Falana has advised the Delta State government to seek legal backing to prevent Federal government from forcefully taking what does not belong to them. Falana’s stance: 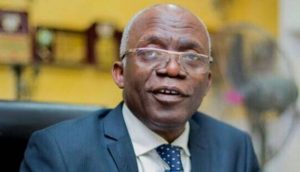 “The money confiscated from Governor Diepreye Alamieyesigha in the United Kingdom was recovered by the Federal Government, repatriated to Nigeria and remitted to the account of Bayelsa State Government.
“ Since what is sauce for the goose is sauce for the gander, the sum of £4. 2 million confiscated from Governor James Ibori in the UK and recovered by the Federal Government has to be remitted to the account of the Delta State Government.”

The legal icon went further to argument the legitimacy of the Memorandum of Understanding signed by Malami and the UK government on the looted fund and what it should be used for. “The memorandum of understanding signed by the representatives of the British Government and the Federal Government cannot supersede the constitution which has prohibited any form of discrimination in the country. “ In other words, by virtue of Section 42 of the constitution the governments and people of Plateau, Bayelsa and Delta States are entitled to equal rights and opportunities. “Interestingly, some concerned citizens of Delta State have decided to join issues with the Federal Government. Otherwise, another sum of $20m which will soon be recovered and repatriated from the confiscated fund will also be claimed by the Federal Government on very shaky legal grounds. ”

If  looted funds of the past by governors of this country could be returned to their respective states, like that of Bayelsa and Plateau State, Delta state cannot be an exception. In the case of Bayelsa, the late Governor, Diepreye Alamieyeseigha was detained in London on charges of money laundering in September 2005. At the time of his arrest, Metropolitan police found about £1m in cash in his London home. Later they found a total of £1.8m ($3.2m) in cash and bank accounts and these cash were returned to the state, likewise Joshua Dariye of Plateau State, who was convicted of embezzling N1.162 billion ecological funds.

Just-in: Delta Poll: Why we pulled out at the last minute-Delta APC, says, it was a charade election
Previous Post
Crime: Police Commissioner’s wife murdered in cold blood at Makurdi