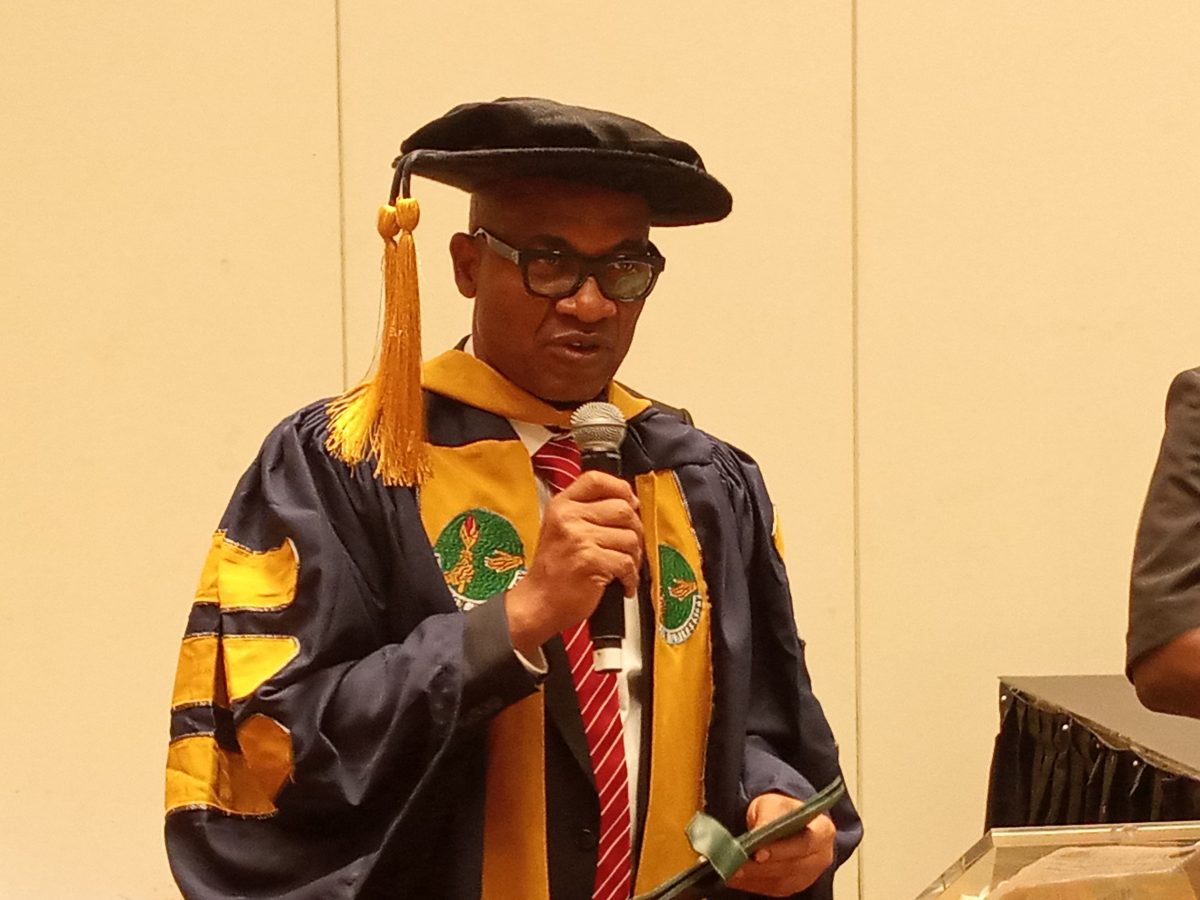 by afrikanwatchngr@gmail.com
“Being a young bubbling officer, Abayomi was appointed to serve as an Aide De camp to a former Military Governor of Oyo state , Col. Adetunji Idowu Olurin, between 1985 -1988, , which he graciously and patriotically did his work according to the best of his ability” By Mark C. Orgu, News/Commentary, April 9, 2022... Read More

“Being a young bubbling officer, Abayomi was appointed to serve as an Aide De camp to a former Military Governor of Oyo state , Col. Adetunji Idowu Olurin, between 1985 -1988, , which he graciously and patriotically did his work according to the best of his ability”

Serving a nation with patriotism and pride is one of the core values of keeping dreams of our founding fathers, especially, taking an oath to defend any external aggression for the love of a nation, thereby laying down your life for others.  That was the life Colonel (Barr) Abayomi Samuel Dare retd, lived during his active service for more than 30years in the Nigerian Army, which made him a better person in life. Today, being April 9, 2022, I am glad that, he will be awarded with honorary doctorate degree by the Institute Regional Supper Des Beaucarte De La Culture et Dela Communication, (ISBACCOM University), Parakou, Bénin Republic. An Institution that has devoted itself in providing top quality education necessary for mental, social and intellectual growth of any African individual. 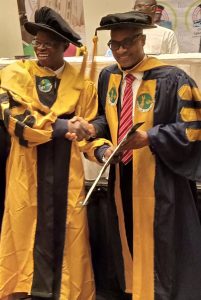 The journey of Col. Dare retd in the Nigerian Army could be described as a journey of turbulence and faith, but God was on his throne watching over his beloved. Those who thought they could play God in his life were defeated and the glory of the Most High manifested in him and Dare retired in good faith. That was what Niccolo Machiavelli reminded us in the “Prince” that, while fate and fortune characterize half of our life, the other half will remain as a defence, which is the hope of better future.

As a young man hoping for a greater future after secondary education, He ventured briefly into teaching and also did some clerical works before he gained admission into the Nigeria Defense Academy in 1979, as a member of the 26th regular combatant course and was commissioned as a Second Lieutenant in 1982. Although, his initial posting was at the 29 mechanized infantry Battalion, Nguru, Borno state .From there, he was later posted to 123 Guards Battalion, Ikeja cantonment, Lagos. Being a young bubbling officer, Abayomi was appointed to serve as an Aide De camp to a former Military Governor of Oyo state, Col. Adetunji Idowu Olurin, between 1985 -1988, which he graciously and patriotically did his work according to the best of his ability. 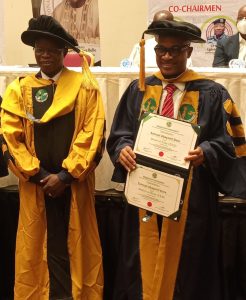 L-R, Founder of the University, Dr. Tasie Njemowu Daniels with Col. Dare retd after the award

In 1990, he went to the University of Ibadan to study law and thereafter proceeded to the Nigerian law School, Lagos. He holds a bachelor of law, (LL.B) and a Barrister at Law (BL) degrees. Abayomi is a Barrister of the Nigerian defense Academy certificate of Education, Bachelor of law, Masters in International affairs and diplomacy and Masters in Strategic studied from Ahmadu  Bello University, Zaria and the University of Ibadan ,respectfully .

Col Dare retd is also an Alumnus of the defense Institute of international legal studies ,Newport, Rhode Island, USA, where terrorism ,Military law development program and peace keeping in accordance with the rule of law.

Between March 1994, may 1995, immediately after the 1994 Genocide ,Col Abayomi was part of the United Nations peacekeeping mission in Rwanda. He also served in Nigeria contingent in ECOMOG as a prosecution counsel. During the course of his military career, he had the privilege of holding several appointments and also served in the various capacities both within and outside Nigeria. With hard work and commitment, Col .Dare retd rose to the position of a director, Nigerian Army legal services. This was between August 2007 December 2008. He supervised the directorate of the Nigerian Army legal services and also acted as an adviser to the Chief of Army staff on legal matters. Long before being appointed Director of Army legal services, as a Major, he was appointed commander of a multi-national military police force at the United Nations military headquarters, Kigali, Rwanda. He also commanded 82 and SSS3 provost groups of the Nigerian Army Military police corps in Enugu and Jos, respectively.

In 2019, under the umbrella of the All progressives congress (APC),Col. Abayomi signified his interest to join the Kogi West senatorial District race with the promise to give the district a better representation. His decision to join party politics was to change the narrative and pitiable poverty conditions of his people which he saw was disheartened.

Abayomi enjoys discussing contemporary current local and international topics in almost all the Nigerian major Television stations, discussing National security issues and advising on way forward .Colonel Abayomi Dare (Retired) is the founder of a security services outfit called International Masters Security System Limited (IMSS).He is also a principal partner at the law firm of Yomi Dare and company and, a member, Nigeria Bar Association (NBA).He possesses great negotiating skills , a commentator on national security, and also involved in the activities of the World Justice Forum and has won several awards for patriotism and service to humanity.