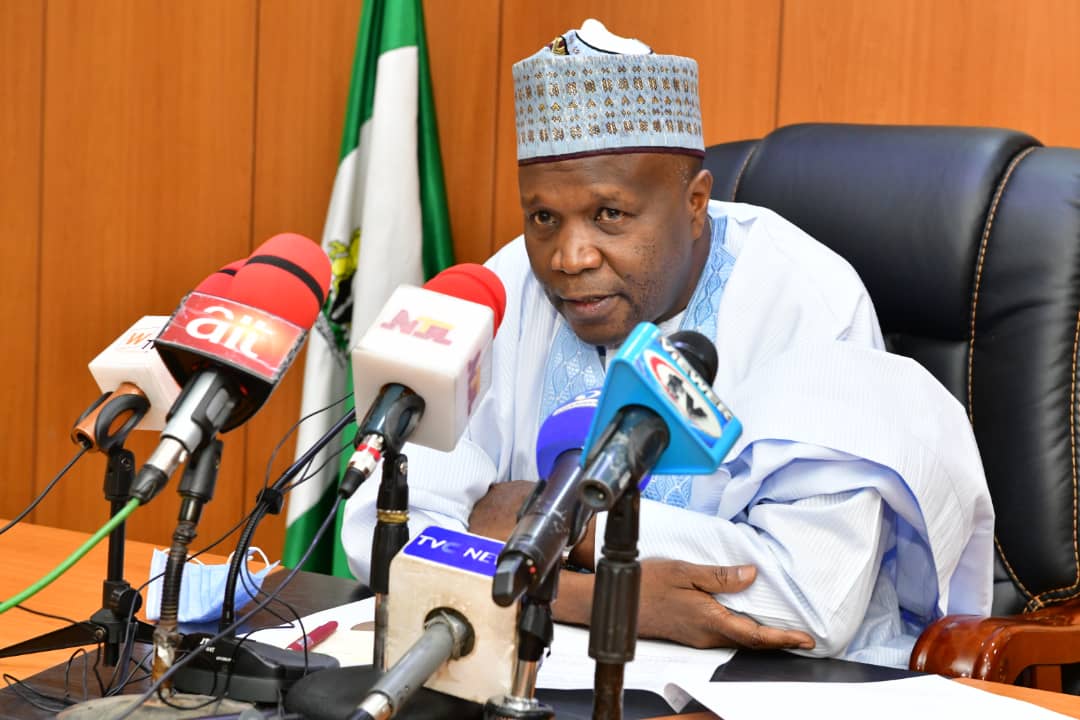 by afrikanwatchngr@gmail.com
By Ismaila Uba Misilli, News/Comments, July 13, 2021 Gombe State Governor, Muhammadu Inuwa Yahaya has challenged members of the newly inaugurated Board of the Gombe State Investment and Property Development Company to exert their individual wealth of experience towards building a virile firm that can attract investment and boost the economy of the State for... Read More

Failure to Investigate Terrorist Allegations Against the Minister of Communications,Dr. Pantami, will bring dangerous elements -ECWA

Gombe State Governor, Muhammadu Inuwa Yahaya has challenged members of the newly inaugurated Board of the Gombe State Investment and Property Development Company to exert their individual wealth of experience towards building a virile firm that can attract investment and boost the economy of the State for the benefit of the people.

The Governor stated this at the inauguration ceremony of the Board which took place at the Council Chamber of the Government House, noting that the delay in constituting the Board was informed by the need for due diligence and what he described as a reconnaissance strategy to get the best hands that can win for the company and the state in general. 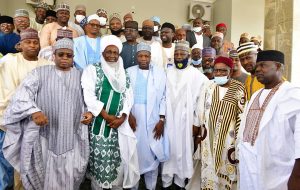 During the inauguration of the board

Governor Inuwa said his decision to form such a team of impeccable personalities was hinged on the need to retrace the steps of the company by looking at where it was, what it is and the projections to catch up with current realities.  “All of you are men that are tested and trusted who have served in a lot of places and have what it takes to take Gombe State Investment and Property Development Company to the position it should be and I know you can do it”.

He said the appointment of members was devoid of political consideration because of his firm believe that anyone who can contribute to the growth and development of the state will always be welcomed by his administration irrespective of his political affiliation. “Within them I know that no less than a trillion of the Nigerian naira is being managed and you all know what that means to the Nigerian economy, so I enjoin you to bring it home and give back what you have taken from the society so that our people can feel the impact of governance”.

The Governor however, explained that his administration has performed reasonably well in terms of preparing the grounds for the smooth take off of any investment, adding that the State under his leadership has set up  Revenue Optimization Company and boosted the state capacity to generate revenues, making it now second in revenue generation within the North East. He noted that reforms towards the self sufficiency of the state can be difficult but that his administration remains resolute towards enhancing and building the economic capacity of the state so that it does not have to depend on Abuja for statutory allocation. “My dream is that Gombe State may soon not rely on the federation account for its survival because that was the dream of our elder statesmen and we must keep such dream alive”.

He lamented that about 85 percent of the State allocation from the Federation account goes to payment of salaries, leaving a paltry 15 percent to carter for a population of about 3.5 million people. Governor Inuwa further said,  his administration has equally done credibly well in encouraging small and medium scale enterprises through the recapitalization of the state’s micro finance bank, the provision of soft loans to small business owners as well as the construction of road networks at the Gombe Industrial cluster in BCGA among others.

The Board chairman of the Gombe State Investment and Property Development Company, Dr. Umaru Mohammed Kwairanga thanked Governor Muhammadu Inuwa Yahaya for giving them the opportunity to play their part towards the social and economic growth of the State. He said the anticipated turnaround of the  State Company is coming at a time of a general realization that the days of states depending on  federal allocation for their developmental purpose is coming to an end.

Dr. Kwairanga noted that with the economic impact of the covid-19 Pandemic and the ever increasing population of the state, depending on Abuja for allocation may no longer be sustainable.

He said the Board will engage with multinational corporations within and outside the country so that they take advantage of the human and natural resources of the state.  “Our major task as a body therefore is to reinvigorate the company through necessary policies, actions and collaborations that will enable Gombe State Investment and Property Development Company position to change the development narrative of our state “We intend to put the necessary strategies and frameworks in place to actualize such notable projects as the Gombe State Industrial Park and special development zones in the three senatorial zones”

“We will pursue collaborations with private investors such as Nestle, Cadbury and Flour Mills plc as well as government and multilateral institutions such as the Nigerian National Petroleum Corporation, Nigeria Export Processing Zones Authority, Nigeria Investment Promotion Commission, Islamic Development Bank, Dangote Group as well as the African Development Bank, the International Finance Corporation and UNIDO”.