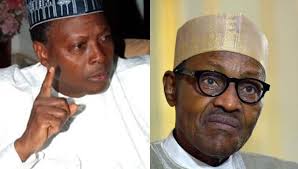 by afrikanwatchngr@gmail.com
“Who are the real motivators of the EndSARS protests agitators? How did the hoodlums get to know about them and penetrated with wrong doings? So don’t tell me that they are people who have any honour in the EndSARS demonstrations. It’s a political and criminal agitation by people who have political message that want to... Read More

“Who are the real motivators of the EndSARS protests agitators? How did the hoodlums get to know about them and penetrated with wrong doings? So don’t tell me that they are people who have any honour in the EndSARS demonstrations. It’s a political and criminal agitation by people who have political message that want to grab power and ouster President Muhammadu Buhari by force. They also want to inflicts economy hardship and burden upon the ordinary Nigerians”

KANO-Speaking with Afrikanwatch Network during the week is a second republic Lawmaker, and Elder statesman, Dr. Junaid Mohammed, on the looting of palliatives meant for distribution for citizens- a means to cushion the effect of the covid-19 and the alleged hoarding of palliatives by various state governors in their respective state in the country,  stressing, that, both the governors and the hoodlums are the same set of people, while reiterating that, the primary objectives of governance is citizen’s welfare. 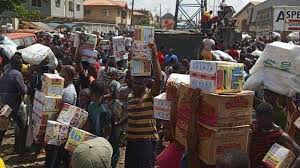 The Elders statesman however said that the government was supposed to set aside some certain funds which should be used to buy some of the palliatives, store them in  good condition for  human’s consumption and ensure proper distribution, but the reverse was the case in most states.

He therefore frown at the manner at which hoodlums took advantage to loot and destroy properties  “If something does not belong to you, you have no right to dictate what and how or when it should be disposed. The funding for the palliatives came from the Federal government and in some instances from some international organizations, and some Western countries. So, it does not belong to the Governors, it does not belong to State government or local government but their job was simply to help in the distribution and make sure that when the palliatives are not immediately needed, you store them in such a manner that they can stay for some reasonable time, and when the need arises, you give out again, not for political business” 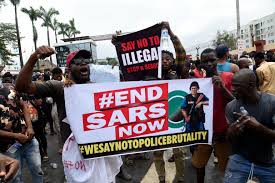 “Now, my own opinion is this, Governors and hoodlums in the EndSARS protests are both looters. There’s no difference between them. If anybody in government irrespective of the position, engages in act of vandalism and lunch attacks on public or individual’s property, then of course, he is a hoodlum and he is a vandal. That is my own definition of hoodlum except you don’t agree with it. Those who use force or threat to deny people what rightfully belong to them are hoodlums.  Those who came out all in the name of EndSARS protests, decided to go on looting of warehouses and markets are also all hoodlums”

Dr. Junaid hinted that, there are more to the protests and looting, and went further to ask, “Who are the real motivators of the EndSARS protests agitators? How did the hoodlums get to know about them and penetrated with wrong doings? “So don’t tell me that they are people who have any honour in the EndSARS demonstrations. It’s a political and criminal agitation by people who have political message that want to grab power and ouster President Muhammadu Buhari by force. They also want to inflicts economy hardship and burden upon the ordinary Nigerians”

The vocal former lawmaker noted that, indirectly all are affected in the unfortunate incident that took place last month, blaming the high cost of goods and others on it. “You can see that they are a lot of things going on in this exercise. We are all guilty because it is the incompetent perspective of President Buhari’s administration. Buhari did not create SARS and the two presidents after him did not create SARS, SARS was created during our time in the second republic.

First and foremost, the idea of every police man preferably- which has a tradition in every civilized society. Police are sent out in the street in anticipation of a crime, not necessarily to arrest or to beat up people but to sort out some disagreement between people having verbal or provocative tendency.  And you do so professionally because the police man has been trained on how to deal with neighbors who are quarrelling with small boys and equally make sure that women selling on the road side feel protected and others.

When you have a serious problem like riots, then, you can get a Police Special Unit like Mobile Force, what you will do is to enforce the munition in the hands of this police men and you give them a vehicle with some hot water to make sure that the combatant of the people are dispersed without harming till peace is restored. You don’t expect the police to prosecute in court because most of them are not qualified lawyers and therefore they are not qualified to prosecute. When you do that, of what use is the police?  For example, countries that are developed where they operate a democratic system, the police are far in terms of election and when they go through election, they don’t go extreme path and they mainly observe. What we don’t know is that military intelligence are not just ordinarily on uniform but on their sensitivity.

Now here the situation is different, what the end SARS agitators and political opportunists did, was simply to carry some people and tell them that the police have been involved in extra judicial killings, and should be dissolved. However, this is a country with democratic government but it falls on aggression, power intoxication, which has always worsen situation. The President who did minimal consultation with his fellow cabals until he announced the disbandment of SARS, had no idea of what SARS is all about, he was just ignorance of the predictions and the Genesis of the creation of SARS. He found himself completely surprised, so he has now created a mess and he wants to clean his mess. There was nothing he could do. He then introduced what they called SWAT.

Retrain and re-orient the policemen, ensure a better pay, and define the mode of  better services when in operation- the type that will interest and attract better caliber of people. People from good home.  Make sure that we all watch them and look after their welfare and then we can demand from them better Services. Abolish corruptions among them and create a conducive atmosphere that will motivate their morale

For breaking News: Call +2348028592006, 08148704264. Email us @:afrikanwatch122@gmail.com for your interview on national issues, or article, commentary or event coverage. View our services and profile by clicking about Afrikanwatch Network Servies