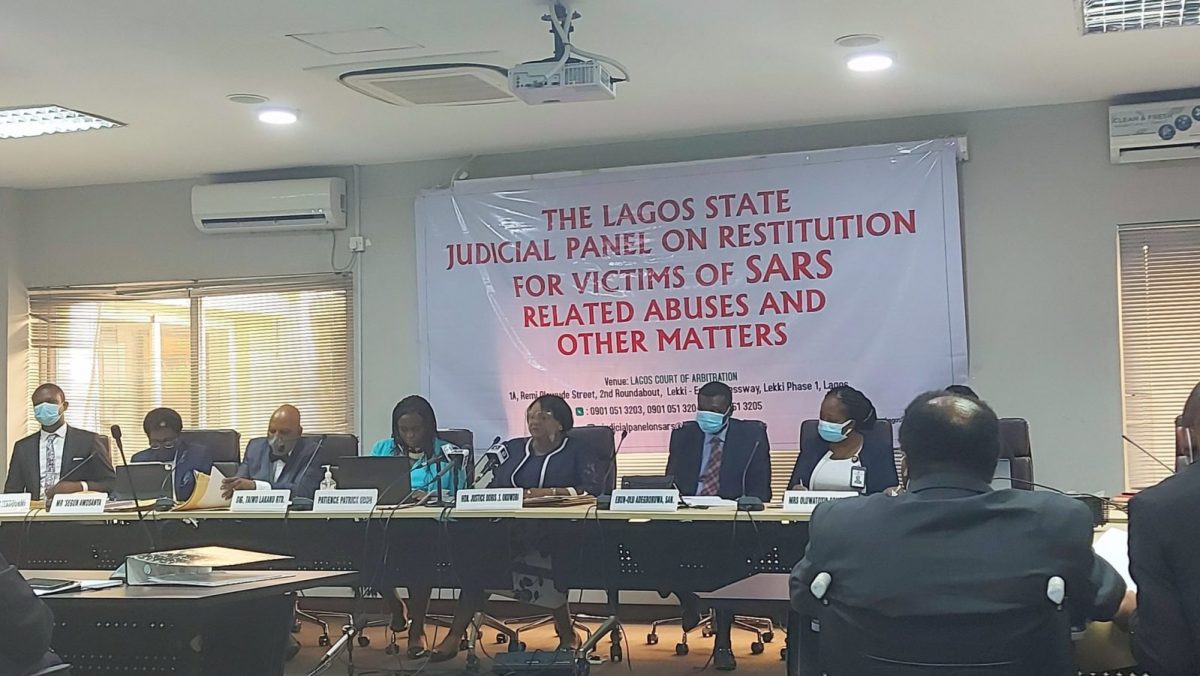 by afrikanwatchngr@gmail.com
By Gerard Okechukwu, November 16, 2021 The Lagos State Judicial Panel set by the State government to unravel what transpired at the Lekki tollgate on October 20, 2021 , which according to several reports say  Nigeria Army shot and killed innocent protesters, who were holding Nigerian flag and protesting police brutality and other related cases... Read More

The Lagos State Judicial Panel set by the State government to unravel what transpired at the Lekki tollgate on October 20, 2021 , which according to several reports say  Nigeria Army shot and killed innocent protesters, who were holding Nigerian flag and protesting police brutality and other related cases in the country. The Army who denied killing protesters at the gate had said they were acting under the directive of the Governor, Mr. Babajide Sanwo-Olu, but the governor denied it outrightly with counter accusations. Also, the Federal government had also denied same, saying nobody was shot. Meanwhile, the Panel, in releasing its report says protesters were shot and  killed at the Lekki toll gate in what could be described  as a “massacre”. as Police in her usual way did all to cover up the shooting , which they were present. 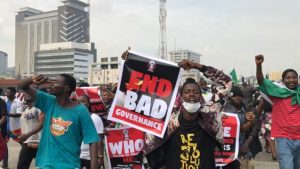 The Panel which concluded and submitted its report yesterday  to the Lagos government noted that, truly, protesters  were killed at the toll gate, stressing that security operatives prevented ambulances from rescuing injured protesters. The report:

“At the Lekki toll gate, officers of the Nigerian Army shot, injured and killed unarmed helpless and defenceless protesters, without provocation or justification, while they were waving the Nigerian Flag and singing the National Anthem and the manner of assault and killing could in context be described as a massacre,” the report said.

“The Panel also found that the conduct of the Nigerian Army was exacerbated by its refusal to allow ambulances render medical assistance to victims who required such assistance. The Army was also found not to have adhered to its own Rules of Engagement.

“The Panel found that the Nigerian Police Force deployed its officers to the Lekki Toll Gate on the night of the 20th October, 2020 and between that night and the morning of the 21st of October, 2020, its officers shot at, assaulted and battered unarmed protesters, which led to injuries and deaths.”

The panel  also indicted Lekki Concession Company (LCC)  of manipulating the CCTV footage presented to the panel during its sitting.

“The panel found that LCC hampered the panel’s investigation by refusing to turn over some useful and vital information/evidence as requested by the panel and the forensic expert engaged by the panel, even where such information and evidence was by the company’s admission, available,” the report reads.

“It manipulated the incomplete CCTV Video footage of the Lekki tollgate on the night of the 20th of October 2020, which it tendered before the panel.”