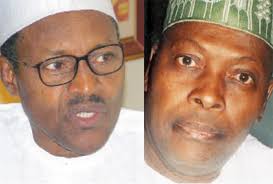 by afrikanwatchngr@gmail.com
By Mark C. Orgu, August 5, 2019, Interview/feature Dr. Junaid Muhammed, a Second Republic lawmaker, has sent a strong warning to the Iranian government over their letter to President Muhammadu Buhari to release El- Zakzaky. It could be recalled that few weeks ago, the Prosecutor-General (Attorney-General) of the Islamic Republic of Iran, Mohammed Montazeri, asked... Read More

SpringFest One Fashion Show at the University of Michigan

Dr. Junaid Muhammed, a Second Republic lawmaker, has sent a strong warning to the Iranian government over their letter to President Muhammadu Buhari to release El- Zakzaky. It could be recalled that few weeks ago, the Prosecutor-General (Attorney-General) of the Islamic Republic of Iran, Mohammed Montazeri, asked the Federal Government of Nigeria and the judiciary to allow the leader of the Islamic Movement of Nigeria, Shiekh Ibraheem El-Zakzaky, to come to Iran for medical treatment. Junaid wonder how Iran could interfere in another man’s land, and asked FG to ignore them.

On security, the fiery former lawmaker seriously warned President Buhari to quickly replace the Chief of Army staff, Gen. Tukur Buratai and other of his commanders, who have not provided solution to the security challenges confronting the country. Junaid clearly stated: “I have no doubt in my mind that this war or terrorism or insurgency  in the North East will see no end until all the Generals who are at the  helm of affairs of running  battles with the insurgents  are changed. These Generals have ran out of ideas, now working with permutations. I see no reason why Buhari is still keeping them, because Nigeria is not their father’s property or land” If Buhari is serious about security, he should change the heads of security in this country. The top commanders must all go.

Security in the country

First and foremost, Nigeria has never being peaceful since 2007/2009. However, it is the duty of any government in power to carry out any responsibility that they are supposed to. So, it doesn’t matter any party in power, what matters is the primary responsibility, which should be taken with utmost service. The agonizing part of it all is that, Nigeria has become immature in apportioning blames either on party or individuals.

Meanwhile, when we come to the North east, the terrorists are not even Nigerians, I mean, the Boko Haram, and, that is why you hear them talk about the ISIS, and the so call Islamic Province for West Africa.

Let me tell you, there is nothing geographically or politically call, Islamic Province for West Africa, so, we are dealing with people who don’t even believe in Nigeria like the Boko Haram. Also, there are Imams who are ignorant of Islam and are bloody illiterates. Sadly, we have series of government in the North east that have failed woefully and that is why the region is the least developed states in the country-for the past fifty years.

The Army and the insurgents

Now, those who are supposed to be fighting Boko Haram are greedy and not professional, For example, in any wrong situation, you must have people who are qualified  and who are to provide certain solution over a certain period of time. There is what we call, “deployment tackle” that is, if, you are a commander in a certain area, when time comes, you must change, and another person takes over. See, in the case of terrorism in the north east, the government deliberately refused to change security personnel because they are in their good book and so continue to keep them indefinitely, even when it is clear that they cannot solve security problems.

Look at the Chief of Army Staff, Gen. Yusuf Buratai, since Buhari appointed him, what has he achieved, is it running a fruitless and  undefeated insurgents, yet, he remains in that position as the chief of Army staff. As far as l am concern, that is not the way to run an army especially in a gorilla battle -at its peak.I have no doubt in my mind that this war or terrorism or insurgency  in North East will see no end until all the Generals who are at the helm of affairs of running  battles with the insurgents  are changed. These Generals have ran out of idea, now working with permutations. I see no reason why Buhari is still keeping them, because Nigeria is not their father’s property or land. It is not a laughing matter, I am speaking from innermost heart. I have lost relations from the insurgency, and some of them have ran out of their homes.

Interestingly, my own mother comes from Zamfara State, North West. If Buhari is serious about security, he should change the heads of security in this country. The top commanders must all go.Already, two top generation of generals who are due to come and take over services-the Air force, the Army, have been forced to retire and, that is not the way to go for people who have gone into the service with the aim of making it a career. Yes, not people like Gen. Buratai who lacks idea, and who has turned himself to a political general. I could remember the time I went to Kaduna last year,  there was an atmosphere of  ceremonies,, and I asked, why, I was told that Buratai was given  honorary doctorate degree, even in the midst of a war; have you ever had of such in the world.

Iran letter to FG over El-Zakzaky

Iran has no right to request the release of El-Zakzaky, they are sovereign country, and we are independent country, thus, a different landmass entirely.  They have no right to tell Nigeria on what to do, or not what to do. If they want to go through the process of telling us what to do, they have to go through the proper channel provided by the international law. And even that, they will have difficulty in establishing facts. What they are doing is like America interfering in a Christian country. It doesn’t work like that.

In the same vein, previous governments have had non-chalant behavior on how about they deal with foreign relations-countries.  For the past two years now, no journalist have asked me questions on international affairs, which affects us whether we like it or not.  Well, as far as I know, what Iran did should be ignored, because if anybody has committed a crime, he or she should face the law. Therefore, El-Zakzaky should be dealt with just like the way any other Nigerian should be dealt with, nobody is above the law, even El-Zakzaky’s younger brother warned the government not to allow him to travel, so you can see.

However, there is no doubt that we have a weak government and weak country, and if we are not careful, war may breakout. The government have to be proactive and take drastic measures to bring Nigeria back, but for Iran, they should go to hell.

But  El-Zakzaky is also a citizen of Iran,

It is not a matter of being a dual citizen but if one commits a crime in any country he lives, that person would be subjected to the law of that country. El-Zakzaky has not committed a crime in Iran, so, of what business do they have with him, he has been alleged to have committed a crime in Nigeria, and so, he should be dealt with according to the Nigerian law, not Iran law.

Holding him, is it the best option for FG even with court orders

I am not speaking for President Buhari, and I have never spoken for him. What am saying is that if a man commits a crime, he should be able to stand for it, besides, El-Zakzaky is not the only one been held by the Buhari’s government, what about Dasuki. So, go and ask the government why they have refused to release them and obey court orders. See, government is not a joke, it is a serious matter.

What Buhari should do to rescue Nigeria from collapse?

let the president recruit competent hands who can help him govern the country with fairness, because one man does not make a government, and so, Nigeria need people with professionalism and proficiency including clear political orientation to govern the country. Sincerely, we are in a chaotic state and efforts need to be doubled.  I have never seen Nigeria in this kind of state thus, we need to go back to the drawing board.

I have not read Sowore’s statement on his planned revolution as alleged, I have been interviewed in his online newspaper, Sahara.  However, if there is a law in place which govern the conduct of demonstrations, it should be made clear for everybody to know and those who are prepared to participate should follow the law.

Now, my concern is this, once you say, you are going to carry out a revolution, and revolution loud, you are making a very profound political statement, by definition, or any arrangement- a revolution is a violent and sudden overthrowing of a governing order. When you talk of a revolution, you are talking of overthrowing a government, and no government would accept that, they will always fight back. So, wherever you stand on this argument, I want to assure you that any government, you talk about changing by revolutionary means- by violence, not following the process of taking the government to court, certainly, the government is going to confront you.