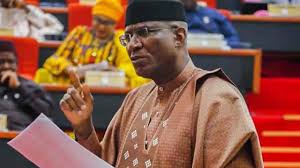 DSP, Omo-Agege on the reform of electoral framework-Commentary

by afrikanwatchngr@gmail.com
-May 7, 2020, news/comments  COMMENTARY-It is with a great sense of responsibility to give an overview of the Bill to Amend the Electoral Act, 2010 (Senate Bill No. 122 of 2019) which I have the honour of sponsoring with the distinguished Senator Abubakar Kyari of Borno North Senatorial District. Let me say that the Bill... Read More

COMMENTARY-It is with a great sense of responsibility to give an overview of the Bill to Amend the Electoral Act, 2010 (Senate Bill No. 122 of 2019) which I have the honour of sponsoring with the distinguished Senator Abubakar Kyari of Borno North Senatorial District. Let me say that the Bill is in part- a response to several decisions by the Supreme Court wherein the Noble Lords of the apex court directly or indirectly invited the National Assembly to make necessary amendments to the Electoral Act. As a lawyer and Senator of the Federal Republic, I believe that given the finality and immutability of its decisions, it is only responsible for the National Assembly to act whenever the Judiciary rights points out apparent loopholes or mischief in our laws. There is no other way out in a democratic system like ours where the Rule of Law always prevails. 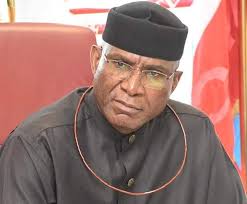 However, many believe that under Sections 153(f) and 160 of the Constitution of the Federal Republic of Nigeria (as amended) and Section 153 of the Electoral Act, 2010 (as amended), INEC’s Electoral Guidelines, Regulations and Manuals are not “mere” documents to be subjected to pervasive non-compliance by election riggers i.e. if we must avoid incalculable damage to the integrity of our elections. Moreover, their Lordships of the Supreme Court have consistently and firmly held the view that the guidelines, regulations and manuals issued by the Commission introducing and approving the use of the innovative ‘Card Reader’ technology for the accreditation of intending voters requires express statutory basis. Indeed, the Supreme Court has specifically stated that if it is desirable, then it is only the National Assembly that has constitutional mandate to write, or as the Court put it exactly, “bowdlerize” the technology into the Electoral Act. The Commission does not have the mandate to do so through its guidelines, regulations and manuals, and we agree entirely.

In response therefore, by the Electoral Act (Amendment) Bill, 2019, we are ready to resolve issues surrounding INEC’s introduction of necessary, appropriate and secured modern technologies into our electoral process. In this regard, we want to ensure that all relevant stakeholders in the electoral process are under a statutory mandate to comply fully with INEC’s guidelines, regulations and manuals.

Having said that, allow me to also mention in this overview that this Bill to amend the Electoral Act has so much more, including provisions: Ensuring that members of political parties are not allowed to get into the Commission as employees or appointees unnoticed, and undermined the integrity of the Commission from within (CLAUSE 1); mandating the Commission to publish the Voters Register for public scrutiny at every Registration Area and on its website at least 30 days before a general election, and stipulating sanctions of any breach of this provision (CLAUSE 4); mandating INEC to suspend an election in order to allow a political party that lost its candidate before or during an election to conduct a fresh primary to elect a replacement or new candidate (CLAUSE 5); granting agents of political parties the right to inspect original electoral materials before the commencement of an election, and stipulating a breach of this amendment – and we are increasing those to be prosecuted for this breach (and several others) to include politicians or their supporters whose actions led to such a breach (CLAUSE 6); granting political parties that nominated candidates for an election a right (exercisable within a specified timeframe) to inspect its identity/logo appearing on samples of relevant electoral materials proposed to avoid incessant cancellation of elections due to ‘exclusion’ of parties from election due to printers’ errors or deliberate mischief of not including the logos of some parties on electoral materials (CLAUSE 7).

Others are , providing a detailed framework for the operation of technological    devices in the accreditation of intending voters, with clear sanctions for breaches, – and we are also studying ways to seriously strengthen this provision to accommodate future smart innovations and advances in the technologies (CLAUSE 8); mandating the Commission to keep its database running until elections petitions are determined, so as not to make it impossible for petitioners and respondents to present their cases using relevant documents from the database (CLAUSE 8); making ‘card reader’ reports generated and duly certified by the Commission as prima facie proof of the record of accreditation of voters (CLAUSE 8); defining ‘overvoting’ to include situations where ‘total votes cast’ also exceed ‘total number of accredited voters’ (CLAUSE 10); providing greater clarity and transparency in the process of reaching the final announcement of election results, starting with sorting of ballots, counting of votes, etc, with clear sanctions for violation (CLAUSE 11); to record and keep relevant detailed information of election results, ballot papers and other sensitive electoral materials used in an election, with clear consequences for violation (CLAUSE 11);

Mandating the Commission to establish a National Electronic Register of Election Results (CLAUSE 12); providing a procedure for verifying and confirming election results before declaration, and stipulation sanctions for violation (CLAUSE 13); allowing agents of political parties to record details of electoral materials (CLAUSE 14); prescribing criminal sanctions for executives of any association that gives false information in order to be registered as a political party (CLAUSE 15); overhauling Section 87 on Nomination of Candidates by Parties for Elections (CLAUSE 16) by – prescribing maximum fees payable by aspirants and restricting nomination criteria to relevant provisions of the Constitution, mandating political parties to publish relevant details and procedures of their primaries ahead of time to avoid the mischief of deliberating excluding some party members from primaries by not providing such information, and creating comprehensive procedures for Direct and Indirect party primaries; clarifying that under Section 138 (1)(a) of the Principal Act, a person shall not be deemed to be unqualified for an elective office and his election shall not be questioned on grounds of qualification if he meets relevant provisions of the Constitution, without more (CLAUSE 18); stipulating 90 days as the statutory period within which the Commission is to conduct a fresh election where an election is nullified and there is no more right of appeal (CLAUSE 20); violation of the order of a court or tribunal to produce or inspect electoral materials will attract court sanctions; and ensuring that failure by INEC officials and others to comply with any provision of the Act carries  appropriate sanctions.

This is an overview of the Bill. The leadership of 9th National Assembly is open to sound inputs from stakeholders to make it better. Given the huge repertoire of election management experience in the Commission, we naturally expect arguably the best of such inputs to come from the Commission. Working with our Committees, our leadership is genuinely committed to intellectually robust engagements that will make the outcome of the current task of reforming our electoral legal framework a huge success.