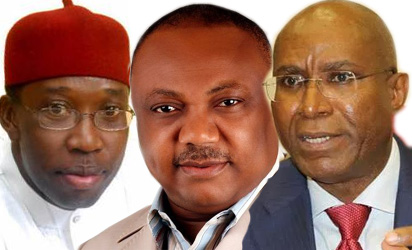 by afrikanwatchngr@gmail.com
By Daniel Njienue, News/Interview, June 9, 2021 Delta-Speaking with Afrikanwatch Network on a telephone conversation during the weekend, is Olorogun (Dr) Sunday Ovba, a prominent Urhobo and a former President-General of Orogun Kingdom in Ughelli North Local government of Delta State, has charged Urhobos to put more efforts in synergy with other ethnic groups in... Read More

If Yorubas want to break up the country, so be it-Dr. Junaid Mohammed, says, Gov. Akeredolu’s notice is reckless and irresponsible

Delta-Speaking with Afrikanwatch Network on a telephone conversation during the weekend, is Olorogun (Dr) Sunday Ovba, a prominent Urhobo and a former President-General of Orogun Kingdom in Ughelli North Local government of Delta State, has charged Urhobos to put more efforts in synergy with other ethnic groups in the state towards working harmoniously for the 2023 governorship race in the state. 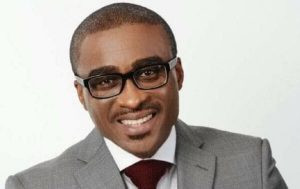 Stating however that Delta central has more capable hands to run the state of affairs perfectly and all the candidates indicating interest like Gbagi, David Edevbie, Chief Great Ogboru and Sen. Ovie Omo-Agege are all well very qualified but Deltans have the final say. “It is very important we look for somebody who is truly interested and committed to Urhobo/Delta State development and not people who are particularly interested in their own personal interest and gain”. He added. 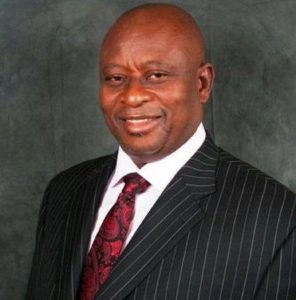 The Lagos based Hotelier and a Philanthropist further said that the above personalities are all very well experienced at different governing capacity, like Chief David Edevbie who has been in Delta State government with the position of a commissioner and other positions, Barr. Kenneth Gbagi,  a lawyer and a very successful business man, who was one time a Minister For Education, and then Chief Great Ogboru, a man of the people, a grassroots politician who has contested at  about three or four times, with much popularity and also a successful business man. When you talk about Sen. Ovie Omo-Agege, the Deputy Senate President, a politician with a different; he has been in government for a very long time, and was a Secretary to the state government. His current political outing shows that, truly, he is a man of the people like Ogboru too.  So, I believe all these people are very qualified.

The former PG of Orogun Kingdom reiterated that individual’s personality and experience should be used to consider any of the Candidates hoping to govern the state and the person must have our interest at heart.  “Not just to get an Urhobo Governor, we must get a Governor that will be committed to the development of Urhoboland and also Delta State in general” he stated.

Commenting on the need for Urhobos to have a consensus candidate for Delta 2023 governorship election, he hinted that it will be a very difficult task for the Urhobo people to achieve such but recounted previous effort and what happened in the time past. “Some time ago, Urhobo chiefs and traditional rulers called for a meeting to look for someone who will be declared a consensus candidate but in the end, it collapsed like pack of cards. It didn’t work out” Now,  All the Urhobos cannot be in one party and people in their usual way would always like to fight for their party, like the PDP and the APC.  Each person will fight for his own party to win the seat, and people that are officials of that party will also fight for their own party, so Urhobos must watch judiciously well”

Ovba however stressed that a consensus candidate is not easy to get, and in most cases the candidate of each party will not step down for the other. But, what he believe is that, if the two major party, PDP and APC do their primary election and two Urhobos emerge, it means for sure, an Urhobo Man will become the Governor at the next political dispensation come 2023. Asked to choose who he thinks can win the governorship seat.

“For me, I will prefer Senator Ovie Omo-Agege because he seems to be the best so far, he has been the secretary to the state government, and has been in the Senate, even now the Deputy Senate President. He has much experience in governance, a qualified lawyer, very bold and I believe he can fight our course. So I prefer him to be our next Governor of Delta State”

Reacting to the public statement made by Governor Ifeanyi Okowa, which says; “There’s No Special Arrangements Made, Whether Delta Central Should Have The Governor, But Only God Knows Who Will Take Over From Him”. Ovba said that, it is the Governor’s personal opinion and insisted that the Urhobos will unite to claim power in 2023. “My advise is for any Urhobo candidate to work in alliance with the other two Senatorial districts to win the seat”

2 Philanthropist of the year

5.Women in leadership and societal development.

10.Stewardship:  Hope and Pride of the  Niger Delta

11.Minister of the year

12.Maritime Specialist of the year

13.Media Personality of the year

Breaking: Emerhor to emerge as new NDDC Board Chairman and others
Previous Post
Governor Inuwa Reiterates Commitment to Partner UNICEF, Others on Youth Empowerment, and Girl-child Education