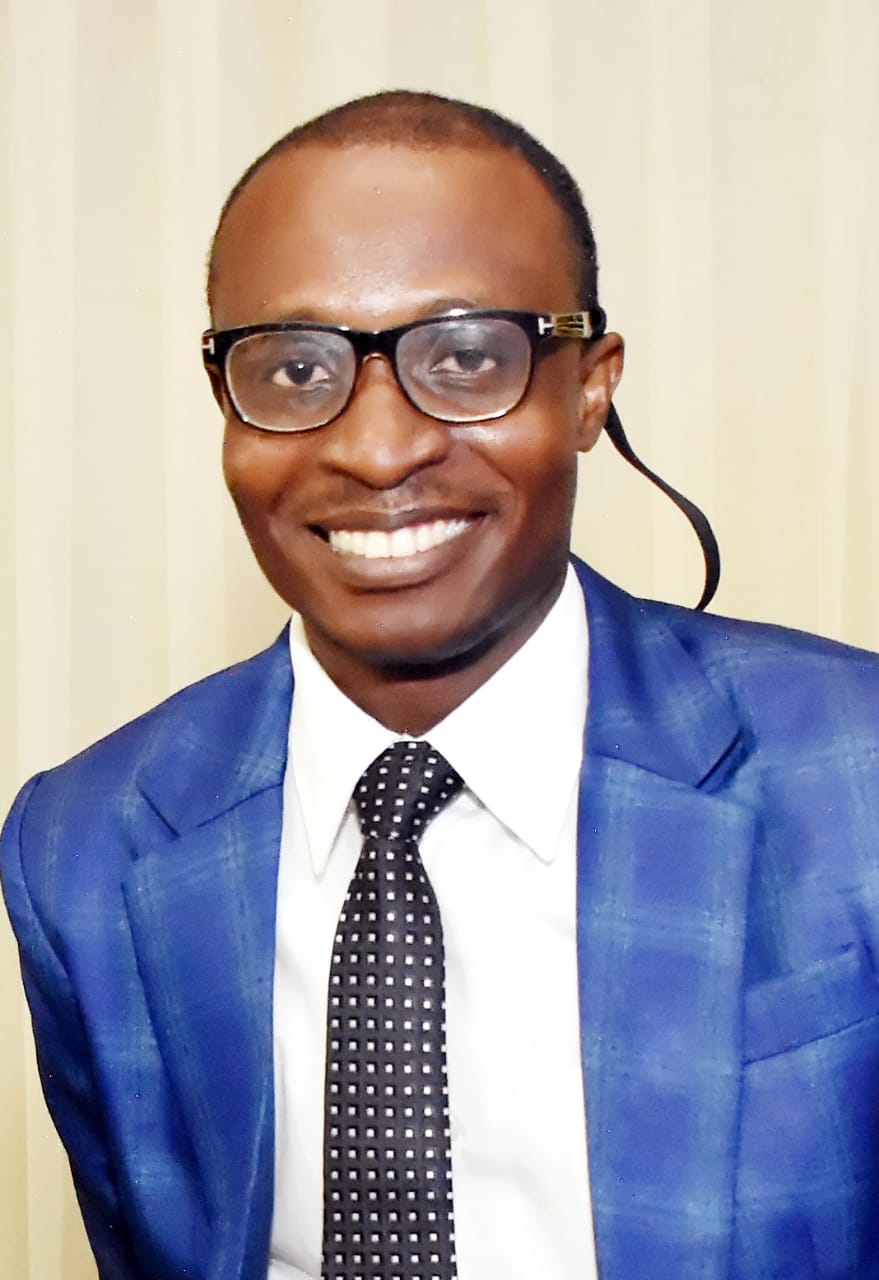 by afrikanwatchngr@gmail.com
“But, in all of these, should good men sit down and willingly fold their hands for evil to continue to have its ways in the name of religion, never! In my own conviction, when good men decide to wage war against evil, heaven opens and men will receive divine power and providence from God-defender of... Read More

CHILDREN’S DAY: They are the hope of Nations-Governor Inuwa, wants parental mentoring

“But, in all of these, should good men sit down and willingly fold their hands for evil to continue to have its ways in the name of religion, never! In my own conviction, when good men decide to wage war against evil, heaven opens and men will receive divine power and providence from God-defender of the oppressed, the one that gives succor in time of great tribulations”

COMMENTARY-The universe remains a constant struggle between the forces of good and evil, which can be viewed in the theological and philosophical thoughts. And so, the human mind builds his knowledge on the temple of good and evil, which also prevail on the basis of environmental, political, religious, and the collapse of leadership and Institutional system.  But, in all of these, should good men sit down and willingly fold their hands for evil to continue to have its ways in the name of religion, never! In my own conviction, when good men decide to wage war against evil, heaven opens and men will receive divine power and providence from God-defender of the oppressed, the one that gives succor in time of great tribulations.

Sadly, Nigerians woke up to watch sorrowfully how a female student of Shehu Shagari College of Education, Sokoto, Miss Deborah Samuel was dragged out two weeks ago from the college’s security post by Muslim fanatics and stoned to death, and set her copse on fire in a very barbaric way because her assailants accused her of blasphemy of Prophet Mohammed. The irate youths took law into their hands and had the effrontery to protest after two suspects of their colleagues were arrested by the Police. They burnt properties, and attacked churches. This goes to testify that our northern brethren are bigger than the law and Institutions around them, so, they can do anything and get away with it. We hear that the Sokoto state Police command has charged the two suspects to court with mere allegations of the so called ”public disturbance of peace’ rather than murder and manslaughter. Indeed, which way Nigeria.

While Deborah’s killing drew global attention, another set of suspected Hausa Okada-riders in Lekki,  Lagos  State, killed a young man, David Imoh, a sound engineer and set his corpse on fire again, as if it was a planned and coordinated crime. This time, it was not blasphemy but because of N100 change according to media report.  As Nigerians were trying to curb with Deborah’s gruesome murder, another report of blasphemy from Katangan area of Warji Local Government Area of Bauchi State emerged. According to Punch Newspaper, it reported that Rhoda Jatau, a 40-year old staff of the Medical Department in that LGA, had posted a comment in the social media, considered by some Muslim youths to be insultive and blasphemous to Islam. In the heat of this, violence ensued, some uncultured Muslim fanatics mostly youths set six houses and seven shops ablaze, scores of persons were injured as a result of what they considered as blasphemous. These Fanatics forgot that those who kill by the sword will die by it as portrayed in the law of karma.

Well, these wicked actions have prompted me to go back to my library to look at the Actes and Monuments popularly known as Foxe’s Book of Martyrs, a work of Protestant history and martyrology by Protestant English historian, John Foxe, published in 1563. I decided to pick few  dangerously martyred believers and their faith in God from his book as documented: Fox has traced the first, second ,third etc  persecution of Christians under Emperor Tranjan in 98-117 AD, who blatantly wanted Christians to renounce their faith in God and turn to their blind small gods. Tranjan suffered Christians mercilessly and fiercely like one of his wicked predecessors, Emperor Nero until Pliny wrote a letter to appeal for Christian’s persecution to be lessened.

According to Fox, during this persecution, in the year A.D.110, Ignatius (see figure 8) who was the overseer of the church in Antioch ,the capital of Syria ,where the disciples were first called Christians (Acts11:26) was sent to Rome because he professed and taught Christ, he said that when he passed through Asia , even though guarded by soldiers ,he preached the word of God in every city they traveled through and encouraged and strengthened the churches while in Smyrna. He wrote to the church at Rome and appealed to them not to try to deliver him from martyrdom ,because they would deprive him of that which he most longed and hoped for .He wrote:

“Now I begin to be a disciple. I care for nothing of visible or invisible things so that I may but win Christ. Let fire and the cross, let the companies of wild beast’s, let breaking of bones and tearing of limbs ,let the grinding of the whole body ,and all the malice of the devil ,come upon me; be it so, only may I win Christ Jesus. Even when he was sentenced to be fed to lions and could hear their roaring, he was filled with such desire to suffer for Christ (see Act 5:41) that he said,”I am the wheat of Christ: I am going to be ground with the teeth of wild beasts that I may be found pure bread”

Fox had narrated that Trajan was succeeded by Adrian, who continued the third persecution with as much cruelty as his predecessor. About ten thousand Christians were martyred during his reign. Many were crowned with thorns, crucified, and had spears thrust into their sides in cruel imitation of Jesus ‘death. Eustachius, a successful and brave Roman commander was ordered to join in an idolatrous sacrifice to celebrate his victories, but his heart -faith in Christ was so much greater than his vanity that he refused .Enraged at this, Adrian forgot Eustachius’s noble service to Rome and had him and his entire family martyred two brothers ,Fausines and jovita, bore their tortures with such patience that a pagan named calocerius was so struck with admiration that he cried out in a kind of ecstasy, “Great is the God of Christians !”For this, he was immediately arrested and put to the same tortures. The relentless persecutions against the Christians continued until Quadratus, who was overseer of Athens, made a scholarly defense in their favor before the Emperor, who was in Athens for a visit. At the same time, Aristides, a philosopher in the city wrote an elegant epistle to the Emperor, also in their favor. These combined to cause Adrian to become more lenient and relax his persecution. Adrian died in A.D 138, and was succeeded by Antoninus Pius. Emperor Pius was one of the most amiable monarchs that ever reigned, and stopped all persecutions against the Christians.

Marcus Aurelius was a philosopher, and wrote mediations, a classic work of stoicism, which is an indifference to pleasure or pain. He was also fierce and merciless towards Christians and responsible for the fourth general persecution against them. The cruelties against Christians in this persecution were so inhuman that many of those, who watched them shuddered with horror, and were astonished at the courage of the sufferers. Some of the martyrs had their feet crushed in presses, and were then forced to walk over thorns, nails, sharp shells, and other pointed objects. Others were whipped until their sinews and veins were exposed .Then after suffering the most excruciating tortures that could be devised, they were killed in terrible ways. Yet few turned from Christ or begged their torturers to lessen their pains.

When the pagans began to treat the Christians with great severity, Justin wrote a defense in their favor that prompted the emperor to publish a decree in favor of the Christians .Soon after, he entered into frequent debates with crescens a celebrated cynic philosopher. Justin’s arguments overpowered crescens and so disturbed him that he resolved to destroy Justin .The second defense that Justin wrote on behalf of the Christians gave cresens the opportunity he needed, and he convinced the emperor that Justin was dangerous to him, whereupon he and six followers were arrested and ordered to sacrifice to pagan idols. When they refused, they were scourged and then beheaded.

Soon after, the persecutions ceased for a while because of a miraculous deliverance of the emperor’s army from certain defeat in a battle in the northern providence through the prayers of a legion of his soldiers who were all Christians. But it began again in France where the tortures almost exceed the powers of description.

Santus, a deacon of Vienna had red hot plates of brass placed upon the tenderest parts of his body and left there until they burned through to his bones. Blandina, a Christian lady of a weak constitution who was not thought to be able to resist torture, but whose fortitude was so great that her tormentors became exhausted with their devilish work, was afterward taken into an amphitheater with three others, suspended on a piece of wood stuck in the ground, and exposed as food for wild lions . While awaiting her suffering, she prayed earnestly for her companions and encouraged them. But none of the lions would touch her, so she was put back into prison this happened twice. The last time she was brought out, she was accompanied by 15years old Ponticus.

The steadfastness of their faith so enraged the multitude that neither her sex nor his youth were respected and they were subjected to the severest punishment and tortures.

This is the sad commentary of what Christians went through during the general persecutions from 54-304 AD, which started under Emperor Nero. Today, the world under the guise of religious belief still leaves us in pieces, which  Muslim communities must curb and teach their followers the right attitude to religious intolerance and human values. They need to be rekindled with fresh knowledge of love and religious understanding, that it is senseless and wicked to kill irrespective of any provocation, that no religion kills in the name of God, only religion of the devil that kills, maims  and destroys.  Christians on their own must prepare themselves in defence, against any devilish aggression or aggressions as recorded in Matthew 11:17, “And from the time of John Baptist until now, the Kingdom of God suffers violence. And the violent take it by force.