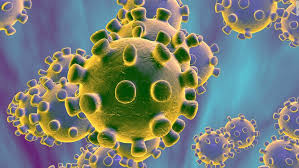 Coronavirus; 170 dead, 7000 infected: The danger it portends for Chinese economy-Commentary

by afrikanwatchngr@gmail.com
‘Suspended flights, cancelled tours, temporary restaurant closures, and millions of people in lockdown amid an extended nationwide holiday are just some of the results of a contagious new coronavirus that has caused more than 170 deaths in China’ By Sunny Atam and Daniel Njienue, January 30, 2020 Recently, a previously unknown virus has been reported to be causing... Read More
Nigerian political class are opportunists, as June 12, remains meaningless-Commentary

‘Suspended flights, cancelled tours, temporary restaurant closures, and millions of people in lockdown amid an extended nationwide holiday are just some of the results of a contagious new coronavirus that has caused more than 170 deaths in China’

In December 31, 2019, the World Health Organisation’s (WHO) China office heard the first reports of a previously-unknown coronavirus behind a number of pneumonia cases in Wuhan- a city in Eastern China with a population of over 11 million. Since then, the virus has infected close to 7000 people globally and 170 confirmed dead from the virus. Although the vast majority of cases are in China, and the virus has reached as far as the US, France, Australia, Japan, Canada and South Korea, as world leaders battle to finding solution to the menace.

As this dangerous virus escalate, the Chinese government responded to the outbreak by placing Wuhan and nearby cities under a de-facto quarantine encompassing over 30 million people. Airports in the US and the UK have stepped-up their monitoring efforts to slow the spread of the virus – although as part of the citywide lockdown Wuhan airport is shut down, thus, there are currently no commercial flights leaving the city.

Although the WHO has concluded that it’s still too early to declare coronavirus an international public health emergency.

The virus appears to have originated from a Wuhan seafood market where wild animals, including marmots, birds, rabbits, bats and snakes, are traded illegally. Coronaviruses are known to jump from animals to humans, so it’s thought that the first people infected with the disease – a group primarily made up of stallholders from the seafood market – contracted it from contact with animals.

Although an initial analysis of the virus suggested it was similar to coronavirus seen in snakes, it now seems more likely that it came from bats. A team of virologists at the Wuhan Institute for Virology released a detailed paper showing that the new coronaviruses’ genetic makeup is 96 per cent identical to that of a coronavirus found in bats. Bats were also the original source of the Sars virus.

Although the Wuhan market was shut down for inspection and cleaning on January 1, by then it appears that the coronavirus was already starting to spread beyond the market itself. On January 21, the WHO Western Pacific office said that the disease was also being transmitted between humans – evidence of which is apparent after the infection of at least 41 medical staff.

While health officials around the world haven’t declared an international emergency yet, they are on high alert. As such, we believe it’s important to provide you with all the necessary information you need to know and stay safe.

What is Corona Virus?

Coronaviruses that infect the human respiratory tract. Most Coronaviruses are not dangerous but some, like the Severe Acute Respiratory Syndrome (SARS) are pretty serious and can be fatal if not properly managed.

How is it contracted or spread?

The major symptoms include; runny nose, sore throat, headache and fever, cough… and for people with a weakened immune system, the virus can cause more respiratory illnesses like pneumonia and bronchitis.

There are currently no proven vaccines for Corona Virus yet, but scientist in Australia have created a prototype of the virus to enable more insights and likely breakthrough in nipping the disease in the bud. However, to help prevent the disease, take the following steps:

At the epicenter of the outbreak is Wuhan, a Chinese city of more than 11 million people, where the disease was first recorded and is now home to the highest number of cases.

Touted as China’s Chicago, fast-growing Wuhan was expected to record a regional economic growth rate of up to 7.8 percent in 2020, according to local government estimates. This would make it a key pillar of growth in China’s ‘sluggish’ economy, which is expected to grow by just 6 percent, according to central government figures with Wuhan making up more than 1 percent of China’s gross domestic product.

However, as the coronavirus continues to spread, one of China’s brightest economic spots could end up dimming the prospects of a country already struggling with its weakest economic growth in 29 years.

Lately, consumption spending has become the most important growth driver for the Chinese economy, a key near-term risk is a negative effect the virus has on Chinese consumer sentiment. Furthermore, with many entertainment venues in China, including an estimated 11,000 cinema theatres as well as major resorts such as the Disneyland Park in Shanghai having temporarily closed due to the Wuhan virus outbreak, the immediate negative impact on China’s entertainment industry is already significant, according to reports.

Sunny Atam is the acting editor while Daniel Njienue, Head of News/Strategy, the duo are of Afrikanwatch