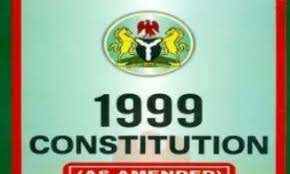 by afrikanwatchngr@gmail.com
‘There are also some people who are making the case that immunity should be extended to the President of the Senate, Speaker, Deputy President of the Senate and Deputy Speaker. By the way, I am not one of those canvassing such views. We need to have the Nigerian people speak to this. Whatever powers we... Read More

‘There are also some people who are making the case that immunity should be extended to the President of the Senate, Speaker, Deputy President of the Senate and Deputy Speaker. By the way, I am not one of those canvassing such views. We need to have the Nigerian people speak to this. Whatever powers we wield today, we derive all of those powers from the people. Sovereignty belongs to the Nigerian people. And this is about the only opportunity they have to speak to some of these issues”

ABUJA-On Saturday, September 5, 2020, the Deputy President of the Senate and Chairman, Senate Committee on Review of the 1999 Constitution, Senator Ovie Omo-Agege featured on The Platform, a current affairs programme on TVC. The flagship political programme, anchored by veteran journalist and prolific writer, Sam Omatseye, saw Senator Omo-Agege answering questions on the current Constitution amendment exercise by the Ninth Assembly.  He therefore listed 13 thematic areas of the exercise to include: gender equality for women and girls; federal structure and power devolution; local government and its autonomy; public revenue, fiscal federation and revenue allocation; Nigerian Police and Nigerian security architecture as well as comprehensive judicial reforms.

Other areas of consideration, he added, include: electoral reforms; socio-economic and cultural rights as contained in Chapter 2 of the Constitution; strengthening the Independence of oversight institutions and agencies created by the constitution or pursuant to an act of the National Assembly; residency and indigene provisions; immunity; National Assembly and state creation. Senator Omo-Agege however therefore listed  key points most Nigerians have agitated for a review:

“There is a consensus in this country that the 1999 Constitution (as amended) requires further alteration to bring it to at least near perfection. We are impartial arbiters. Our job is to collate the views of Nigerians and put them to vote.  The 13 thematic areas are, by no means, exhaustive. But these are the areas we have decided to zero in on because they are the areas that concerns were raised before the 2014 confab and El-Rufai Committee.

We are working with our colleagues in the House of Representatives and we are in touch with the Speakers of the various Houses of Assembly so that by the time we are done with our work here, we will have the State Houses of Assembly give their approvals before we take the final report and send to Mr President”

“Previous Assemblies did a terrific job in amending the constitution. This is a work in progress. Constitution review is not a tea party. We are working towards perfection even if there is no perfection anywhere. It is part of our Legislative Agenda in this Ninth Senate to ensure that all of those concerns raised to bring this constitution to perfection, we take them very seriously. 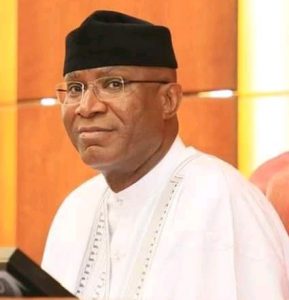 There is a school of thought that believes that the Federal Government needs to shed some weight. And that some of the 68 items listed on the Exclusive Legislative List can be taken to the Concurrent Legislative List for both the Federal and State Assemblies to legislate on. We need to know what the Nigerian people think, through input that we receive from them. If they believe that those 68 items need to remain where they are, so be it”

“We have not gone through the memoranda submitted by Nigerians. We gave 14 days from the date of publication and it has not expired. As I speak to you, I am not privy to the submissions made. But while waiting for those submissions, we already have a lot in our data bank: the El-Rufai report, 2014 confab report, constitution alteration bills from the Eighth Assembly that were not passed as well as private member bills in the Ninth Senate.  Almost all the constitution alteration bills are controversial. If they were not controversial, they would have been passed into law long ago.

The Gender Equality Bill has been generating a lot of enthusiasm and powerful people vehemently opposed to it. The least we owe our women in this country is to put this to a vote. Though it failed in the Seventh and Eighth Assemblies, there is no guarantee that it will also fail in the Ninth Assembly. It is possible that the Nigerian people may have a different view today”

“Equally controversial are state police and community policing. These issues also came up in the Eighth Assembly during the Constitution Review Exercise and failed. We don’t know if they will fail this time. But the debate has been very rife. The proponents of these bills are entitled to have their day before the National Assembly and State Assemblies.

There are also divergent views on immunity. Some believe that to the extent that immunity should be there, it should only cover and absolve the beneficiaries of that provision in Section 308 from civil litigation. And not necessarily criminal litigation. And even at that, some are saying it should never cover instances where people are accused of misappropriation of public funds. These are all debates, I take no position as I speak but the Nigerian people have a right to weigh in and make that call as to whether or not Section 308 should be retained or amended.

There are also some people who are making the case that immunity should be extended to the President of the Senate, Speaker, Deputy President of the Senate and Deputy Speaker. By the way, I am not one of those canvassing such views. We need to have the Nigerian people speak to this. Whatever powers we wield today, we derive all of those powers from the people. Sovereignty belongs to the Nigerian people. And this is about the only opportunity they have to speak to some of these issues”

Reacting to the leader of Northern Elder’s Forum, Dr. Hakeem Baba Ahmed, who earlier rejected senate’s proposal to review the constitution, and described it as a wait of the country’s resources and time, Senator Omo-Agege however, said that, Dr. Ahmed and NEF are stakeholders in the Nigerian project, therefore, are entitled to their views.

“Dr Hakeem Baba Ahmed, Spokesperson of Northern Elders Forum, is my friend, I know him very well. He served here with us in the Eighth Senate when he was Chief of Staff to then Senate President, Senator Bukola Saraki. In that capacity, he gave us all of the assistance we required to carry out the Constitution Review Exercise. We succeeded, we made gains. While he was Chief of Staff to Senator Saraki, I am not so sure that he shared that view that the exercise was a jamboree when he was here.  But he also said that there is a wealth of materials that this committee can work with. And he specifically mentioned the confab report and I believe the El-Rufai report. So, to that extent, I take it that he has adopted the content of those two reports. And that I take to be his submissions. And we will work with that. The framers of the constitution envisaged that we will come to this situation. That was why they provided in Section 9 of the Constitution and gave the powers to alter the constitution to us here in the National Assembly.

I take no position as to whether or not state police is appropriate or Amotekun or community policing. As we speak today, under Section 214 of the Constitution, the only body recognized to provide policing is the Nigerian Police. So, if you are going to veer off that to create either community policing, state police, Amotekun or what have you, you must have Section 214 of the Constitution amended. And the people of Nigeria have a right to weigh in and give their views. That is the essence of this exercise” he concluded.