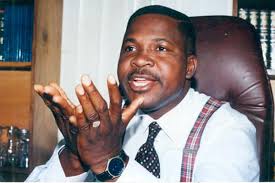 by afrikanwatchngr@gmail.com
“To continue such trials is to have such judgments set aside on appeal, and cases ordered to start de novo. That would be inimical to the interest of the defendant, as he would have been subjected to double jeopardy. Such a litigant could successfully plead autre fois acquit or autre fois convict” -May 9, 2020.... Read More

Read the Impressive Story of a Homeless Dog: Pasteur

“To continue such trials is to have such judgments set aside on appeal, and cases ordered to start de novo. That would be inimical to the interest of the defendant, as he would have been subjected to double jeopardy. Such a litigant could successfully plead autre fois acquit or autre fois convict”

For the avoidance of doubt, jurisdiction is the spinal cord and live wire of any court proceedings. Where the court lacks jurisdiction, the entire trial however, beautifully conduct, evaporates into shambles, becomes a total nullity and is consigned to the vehicle of judicial oblivion. In the case of Ndic v. CBNb & Anor (2002) lpelr-2000(SC), the apex court held as follows:

“Jurisdiction is the very basis on which any tribunal tries a case; it is the lifeline of all trials. A trial without jurisdiction is a nullity…. This importance of jurisdiction is the reason why it can be raised at any stage of a case, be it at the trial, on appeal to Court of Appeal or to this court; a fortiori the court can suo motu raise it. It is desirable that preliminary objection be raised early on issue of jurisdiction; but once it is apparent to any party that the court may not have jurisdiction, it can be raised even viva voce as in this case. It is always in the interest of justice to raise issue of jurisdiction so as to save time and costs and to avoid a trial in nullity.” Per UWAIFO, J.S.C. (Pp.16-17, paras. G-B)”. Similarly, in the case of Akere & Ors. V. The Governor of Oyo State & Ors. (2012) LPELR-7806(SC), apex court further buttressed on this issue as follows:

“The over-riding importance of jurisdiction cannot be overstated. It is the life blood of any litigation before a Court properly so-called. It is so fundamental that when a Court has no jurisdiction, any action taken by that Court will be a nullity notwithstanding the fact that the proceeding was well conducted. See Osakue v. Federal College of Education Asaba & Anor (2010) 5 SCM 185, 201-202. See also Madukolu v. Nkemdilim (1962) 1 ANLR (Pt. 4) 587 for the principles which define the jurisdiction or competence of a Court to entertain a particular matter.” PER NGWUTA, J.S.C. (Pp.23-24, Paras. G-C)”.

In the causa celebre on jurisdictional issues, Madukolu V. Nkemdilim 2 SCNLR 341, (1962) 1 ANLR (Pt. 4) 587, the apex court laid down the following conductions which must be wholly present before a court can be deemed to here jurisdiction:

(a) it is properly constituted with respect to the number and qualification of its members;  (b) the subject matter of the action is within its jurisdiction; (c) the action is initiated by due process of law and (d) any condition precedent to the exercise of its jurisdiction has been fulfilled.’

What the ACJA in section 396(7) has audaciously, but vaingloriously attempted to do is, rather than blow muted trumpet and defer to a superior law, ie, the Constitution, the fons est origo, the grund norm and the “Kabiyesi”, “Eze” and “Emir” of our laws, it seeks to torpedo the Constitution itself. Such a law as the ACJA must suffer a merciless strike down under section 1(3) of the said Constitution. The ACJA has no powers to grant dual citizenship to a judicial officer as both Judge of the High Court/Federal High Court and Justice of the Court of Appeal. 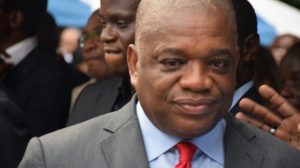 It is akin to the bat that claims to be a mammal (of the order of Chiroptera), because it has teeth, ears, mammary glands, produces milk to feed its young and with forelimbs like all animals do. It simultaneously claims to be a bird because it can fly like all birds.

“We must never lose sight of the fact that justice is rooted in public confidence and it is essential to social order and security. It is the bond of society and the cornerstone of human togetherness. Justice is the condition in which the individual is able to identify with society, feel at one with it and accept its rulings. The moment members of the society lose confidence in the system of administration of justice, a descent to anarchy begins.” Per ABIRU, J.C.A. (P. 26, Paras. E-G)”.

“Before concluding this appeal, this Court considers it pertinent to reiterate that it is essential to understand that the aim of any administration of justice system must be to bring about justice in the polity. Justice is the first virtue of social institutions, as truth is of systems of thought. *Justice is rooted in the confidence that the public repose in the administration of justice system and it behooves the Courts, therefore, to ensure that they do not do anything to erode the root of justice. It is matters like the present one that leaves the entire judicial system open to ridicule and the risk of becoming irrelevant to the aspirations of the people. Uwaifo, JCA (as he then was) made this point succinctly in State v. Akpabio (1993) 4 NWLR (Pt. 286) 204 at 220 thus: “I think we have come a long way in this country to ought to find no necessity to sound a warning that our sense of approach to justice in our Courts should not be seen to be in any way underhand, such as is employed as if to take the society for a ride. The dispensation of justice is not left to the whims and caprices of any Judge, founded on shabby reasoning and perfunctory performance. It is not too much to expect the judiciary to set the pace in the quest for excellence in the discharge of public duty. It should be a sort of modulator of varying forces of change in a socio-political environment towards positive and beneficial ends. That is the sense in which law is expected to be the catalyst of societal values, attitudes and development. Much of the living aspect of the law depends on the alertness of Judges. But if the judiciary takes a back seat through unsatisfactory input by Judges even of superior Courts, it will sooner become a lame duck and irrelevant in the reckoning of the astute and even the common man.” Per ABIRU, J.C.A. (Pp. 30-32, Paras. F-C).

Can Parties Voluntarily Confer Jurisdiction On A Court?

I have had the benefit of hearing the argument of some counsel or appellate Justices still hearing such part heard matters across Nigeria after their elevation. It is to the effect that Counsel who are participating in such proceedings actually wrote and requested that such Justices should continue with the hearing of such cases. That argument flies in the face, and assaults trite principles of law. For the avoidance of doubt, parties cannot by consent or agreement confer jurisdiction on a court where such is not in existence. I humbly refer to the case of Onna Traditional Rulers Council & Ors V. Umoren & Ors (2018) Lpelr 44301(CA), where the Court of appeal held as follows:

“It is trite that where jurisdiction is absent, parties cannot by waiver or consent confer jurisdiction on the Court”. Per OYEWOLE, J.CA. (P. 15, para E).

As held in the case of Prof. Steve Torkuma Ugba & Ors v. Gabriel Torwua Suswam & 4ors (No. 2) (2012) 6 SC (PT.II) 56, “jurisdiction of courts is granted by statute or Constitution but not by courts. In which case, no court shall have jurisdiction to go beyond the provisions of the enabling law. Otherwise, will be ultra vires”.

Jurisdiction is either granted by the Constitution itself, or by an enabling statute. It is not assumed or presumed. It is not gratuitously donated by any of the parties to a dispute. This is why in the case of Josiah Ayodele Adetayo & 2ors V. Kunle Ademola & 2ORS (2010) 3-5 SC 89, the Supreme Court emphatically declared that:

“It must be borne in mind always and this is settled that all the courts in this country, derive their powers and jurisdiction in particular, by either statute or Constitution which is the supreme, organic, fundamental law and the grund-norm of this country”. Per Ogbuagu, JSC. (P. 27, paras. F-G).

In the cause cerebre of Ogbuanyinya & 5 Ors. V. Obi Okudo & 3ors (1979) 9SC.32, a similar situation reared its head before the apex court.  In 1977, Hon. Justice Nnaemeka-Agu, a judge of the Anambra State High Court was the trial judge in a land matter. On the 13th day of June, 1977, the learned trial Judge listened to the addresses of Counsel on both sides and adjourned judgment on the 17th day of June, 1977. Two days previous to the 17th June, 1977, Hon, Justice Nnaemeka-Agu was appointed a Justice of the then Federal Court of Appeal. The argument of the appellant was that as at the 17th of June, 1977, when the learned trial judge delivered his judgment, he had ceased to be a judge of the High court of Anambra State.

In July, 1979, the apex court unanimously upheld the argument that the judgment delivered by Hon. Justice Nnaemeka-Agu on 17th June, 1977, was illegal, null and void. The judgment was consequently set aside and the case remitted back to the trial court for trial de novo.

“The case was in abeyance during the civil war period and resurfaced thereafter in the High Court of Anambra State in 1976 before Nnaemeka-Agu, J. (as he then was), with 1st and 2nd defendants reported dead. Nnaemeka-Agu, J. (as he then was then was) delivered judgment, which was incompetent as he was then functus officio, having been appointed sometime in 1977 to the Federal Court of Appeal.”

The doctrine of covering the field

The doctrine of covering the field surely applies here. The Constitution, having taken care of the hierarchy of courts, the ACJA cannot make incursions into the same area. This doctrine as espoused by the Supreme Court in the case of Lagos State V. Eko Hotels Ltd & Anor (2017) LPELR-43713(SC), states as follows:

“A convenient place to commence the resolution of this issue is to examine the application of the doctrine of “covering the field” as it relates to the powers of the National Assembly and State Houses of Assembly to make laws. In A.G. Ogun State & Ors. Vs. A.G. Federation (1982) NSCC (Vol.13) 1 @ 35 lines 18 – 30, His Lordship, Kayode Eso, JSC stated thus:

This position was given judicial imprimatur by the apex court in INEC VS. MUSA (2003) 3 NWLR (Part 806) 72, where the court in striking down INEC’S guidelines for registration of political parties which contradicted the clear provisions of the Constitution, laid down three guidelines for testing the validity of provisions of an Act of the Legislature (NASS). They are:

Since there cannot be two Emirs, Ezes, or Obas in one Palace at the same time, the ACJA cannot be accommodated in the same hallowed pantheon of legitimacy and supremacy of laws as the Constitution. It is clear to me that any judgment delivered by a Justice of the Court of Appeal acting as a Judge of the High Court/Federal High Court is unconstitutional, illegal, null and void. Same is subject to being set aside on appeal. For, when an act is void, it is void ab initio-and for all purposes. See, Uac V. Mcfoy (1962) Ac 152, Akpene V. Central Bank (1977)1 S.C. 47 at 59.

The best route open to judicial officers is for all elevated Judges to immediately and honourably recuse themselves from further trial of criminal cases before lower courts. To continue such trials is to have such judgments set aside on appeal, and cases ordered to start de novo. That would be inimical to the interest of the defendant, as he would have been subjected to double jeopardy. Such a litigant could successfully plead autre fois acquit or autre fois convict. See the cases of State V. Duke (2002) Lpelr – 6163 (Ca); Sunday V. State (2017) LPELR – 42140 (CA).