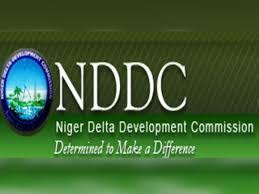 by afrikanwatchngr@gmail.com
However, when the minorities commission sat, many things happened. Cash, as it was alleged, flowed freely underground and the very agitators for our demand shifted grounds. Nevertheless, the British government perhaps did not want to blur totally the future of their old friends. The people of the Niger Delta, and so insisted on its being... Read More

10 Ways to Make Extra Money as a Graphic Designer
65 Orogun youths to be trained on social, digital and print media, December 22-23

However, when the minorities commission sat, many things happened. Cash, as it was alleged, flowed freely underground and the very agitators for our demand shifted grounds. Nevertheless, the British government perhaps did not want to blur totally the future of their old friends. The people of the Niger Delta, and so insisted on its being entrenched in the Independence Constitution that there should be a Niger Delta Special Area whose development was to be created for by a board -Boro

Certainly, the people of the region have suffered negligence not because of government’s refusal to develop the region but the character and greediness of the people from the region made it so.  Considering the Niger Delta, chapter six of Boro’s book titled “The Twelve-Day Revolution “dealt with issues of the region, postulating that never a time would the Niger Delta develop with the kind of its leaders that compromised the generational future of his people with selfishness and greed. The late Niger Delta freedom fighter had narrated that, the region have enough land to accommodate four of the largest cities in the world, London, New York, Buenos, Airesm , Moscow and called for the economic potentiality of the region to be utilized.  Therefore,  it saddens my heart that, the Niger Delta that is supposed to be a mini London now looks like distressed rabbits looking for healthy living and light of life.

Yes, when former President Olusegun Obasanjo Created the Niger Delta Development Commission as a federal government agency in the year 2000 with the sole mandate of developing the oil-rich zone, he never made a mistake and  didn’t create  it for a few but all Niger Delta citizens, the young, and the old. From 2000 till date, major parts of the region remains undeveloped,  as the youth of the region lacks  good health care facilities, bad road network, lacks employment, with poverty at almost at its ebb.

Indeed, some leaders of the region from 2000 till date should be made to account for their misdeed and face the law no matter whose ox is gored.  Many of them have taken contracts without execution, used the money for personal purposes and shared with their political criminals. They have shared the national cake within their party men and drives luxuries, living the people to   suffer.

We cannot argue the fact that the Niger Delta region is blessed abundantly with all human endeavours, and so, the fight against Corruption must continue actively in NDDC.  Without mincing words, let me take us back to the writing of Isaac Jaspa Adaka Boro, as selected from his book on considering the Niger Delta:

“Of all parts of the country, the Niger Delta is the richest in water and so the governments have not found it necessary to give the inhabitants pipe born water, be it in the salt water washed creeks or in muddy fresh water. People drink from the most squalids and so dysentery and worm diseases are rife.

Given the prevailing circumstances, an Ijaw nationalist finds that a state for his people is more of a necessity than a mere desire.  A Niger Delta State is a clear case as the people concerned have the distinct historical silhouette. Such a demand becomes all the more compelling when the area is so viable, yet the people are blatantly denied development and the common necessities of life.  If Nigerian governments refuse to do something to drastically improve the lot of the people, inevitably a point of no return will be reached; then evil is afoot.

The quest for a state dated back to the days of the Ijaw State movement, an Organisation which was nipped in the bud by some apprehensive politicians from the neigbouring area. An outstanding work done towards the achievement of a state before the independence of Nigeria was initiated by the Rivers chiefs and people’s conference. Its main objective was to offer a representation for the Ijaw during the pre- Independence constitutional conference in Britain and to table the fears of the Delta minority group. This delegation was led by Chief Harold Biriye. The representatives received sympathy naturally from the British government   and a minority commission was set up to ascertain these fears and suggest means of allaying them. As it happened, some of the pioneers of the Rivers Chiefs and people’s conference were opportunists. Many non-Ijaws, misguided as they were, felt that if a state was given to the Delta area as it ought to be, the people would occupy heights they never dreamt of. Some of our leaders, too, had no plan. Their main basis of the demand was the historical and tribal distinction of our people.

However, when the minorities commission sat, many things happened. Cash, as it was alleged, flowed freely underground and the very agitators for our demand shifted grounds. Nevertheless, the British government perhaps did not want to blur totally the future of their old friends. the people of the Niger Delta, and so insisted on its being entrenched in the Independence Constitution that there should be a Niger Delta Special Area whose development was to be created for by a board. This gave rise to the post-independence birth of the Niger Delta Development Board. The formation of this Board was consequent upon the sincere efforts of the late Sir Abubakar Tafawa Balewa, the then Prime Minister”

Verily, those who fight for the growth of humanity will live and immortality will be their gain. But those mere mortals who deny men of goodwill and natural endowment, will perish and never will their name be held again. The fight against corruption and men of bad repute must continue. It is a fight for all Niger Delta citizens, home and abroad, to seek a better restructuring of NDDC and bring in men of proven track records that will rejuvenate our hope of a better tomorrow- The need to breathe again. The region have the capacity to run its affairs, we only need to find the will and courage of good men. Therefore, the idea of scrapping the commission will portend danger and create greater security crises.

Mark Columbus Orgu, is a Socio-Political Analyst and Journalist, wrote from Lagos. (mcnext8@yahoo.com)