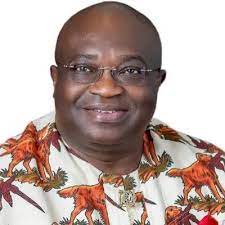 by afrikanwatchngr@gmail.com
In another vain, our correspondent who spoke to some community leaders on the condition of animosity said that, Gov. Okezie Ikpeazu’s lopsided appointment did not represent equity within the state, which amounts to marginalization, a situation they all frown at as they appeal for inclusive administration. By Daniel Njienue, News/Comments, September 15, 2021 The recent... Read More